Hope you will enjoy the show!

I love when the Ks come to play. But they seem to possess some kind of magic that makes time go by so much faster. Last night for instance - at one point we looked at the time and realized the Ks had been there for 5 hours! Sitting at the table with us, sharing stories and making each other laugh. And we realized that they would probably be in the same position for a couple hours more at least. But that's the beauty of good friends.

We were celebrating K1's birthday. K1 and I both have the most horrible, terrible, no good, very bad birthdays. And so it was important to me to make this a fabulous birthday celebration. We even had balloons!

This celebration centered around our "the world's blurriest cupcakes!" 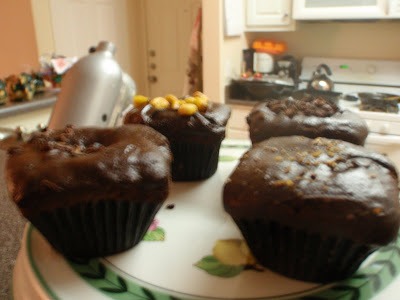 In real life they weren't this blurry....they were in fact cupcakes from Eclipse Chocolat, an artisan chocolate maker in San Diego who has the most inventive combinations. Their creme fraiche cupcakes are all chocolate and filled with cream fillings. These were mint chocolate, chocolate goat cheese, and chocolate creme filled.

And from there the dinner just came together. Nothing goes better with chocolate cupcakes than champagne, so I knew we had to have that. And since chocolate and cupcakes sounds so French, I stuck with that theme. 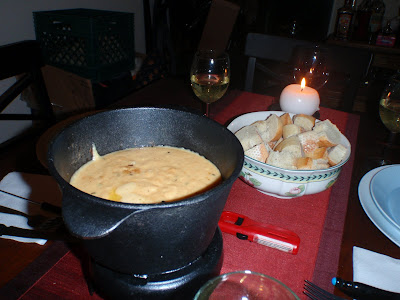 I used some of the champagne to make a fondue with Brie! Which was perfect to keep us occupied while dinner cooked. 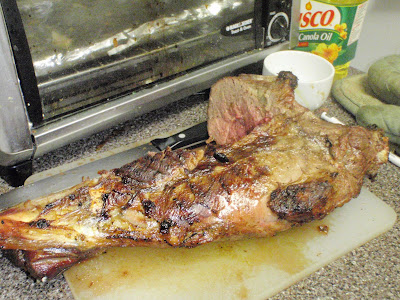 Leg of lamb is so French Provencal, n'est pas? Begun on the grill, and finished in the oven. Then hacked to bits by Thatboy. 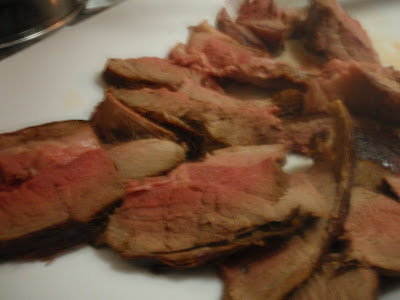 For future reference, it is much easier to carve meat before you finish 2 bottles of wine. Although, as you can see, I take blurry pictures no matter how much alcohol I've consumed. 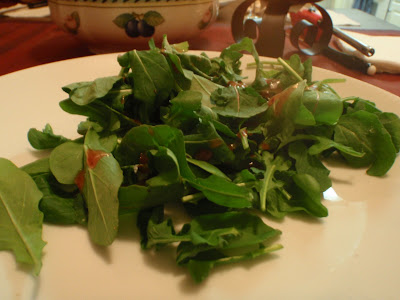 K1 was especially impressed by the homemade huckleberry vinaigrette. 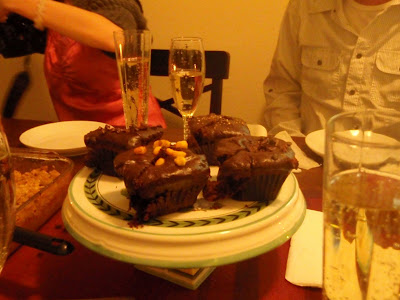 Luckily, by the time the dessert rolled around, my camera was better able to focus. And the cupcakes were worth the wait! Even with some strange toppings they were a hit. And the Ks love corn nuts on their cupcakes! I was a big fan of the creamy goat cheese. And Thatboy by this time was insisting the chocolate crumbles were some sort of hallucinogenic herb. For those of you keeping track, we were almost 4 bottles in by this time. 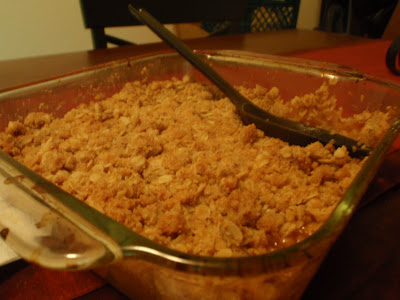 I was a little worried about how the cupcakes would go over, and since I wanted to make K1's birthday fool proof, I whipped up an apple crisp earlier that day. But the cupcakes went over so well, the crisp went untouched! Which I'm sure Thatboy will appreciate when the hangover wears off.


HAPPY BIRTHDAY K1! We're so glad we were able to spend it with you!
Posted by That Girl at 11:18 AM