I'm going to show you what a typical meal looks like at Thathouse when we have company. And I'll extend an open invitation to each of you - there is always an open seat at our table. I don't even need much notice - although notice is always nice. Feel free to stop by anytime! 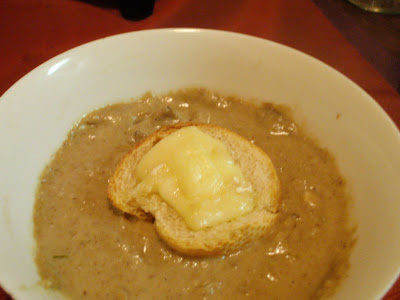 First Course: Soup! This is a mushroom soup. Because this week all the cool girls were making mushroom soup. Although Thatboy spent more time talking about the melty brie on the bread than the soup itself. Except he didn't know it was brie - he just knows that he likes whatever cheese was on the bread. I heard about it all night. 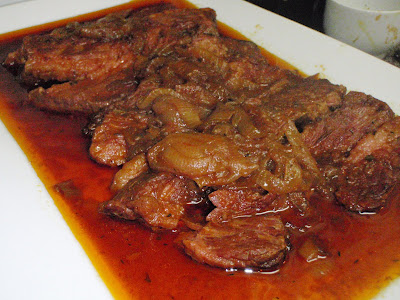 The Main Course: Brisket! My friend Chill had never had brisket before, so she was really excited for this one. Thatboy wasn't as excited. 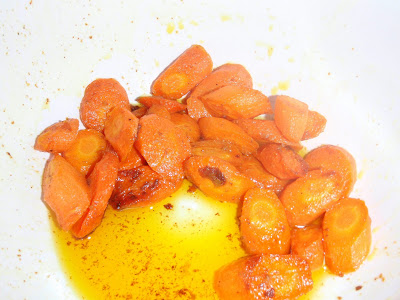 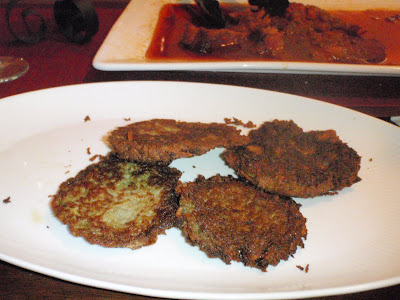 The sides: Carrots and Latkes. Chill was sad she didn't get any latkes this year, so I whipped some up for her. My final batch till next year. I also sent her home with a bag...for...her cat, I'm sure. 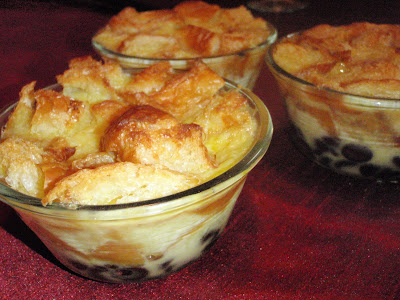 The Dessert: Croissant Bread Pudding. Thatboy thought this was incredibly rich, which is probably do to the layer of melty chocolate chips on the bottom. Think bread pudding meets molton lava cake.
Posted by That Girl at 10:15 PM