Run for your life Bullwinkle! 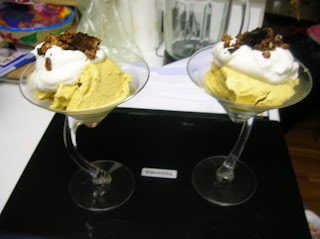 I was trying to think up a cute and clever title for this post, and frankly Bullwinkle is the most famous moose I know. 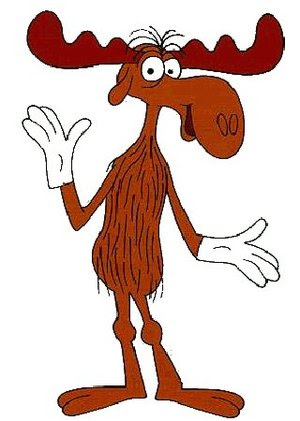 As for me? I am that kind of moose, I mean, girl. What's not to like about pumpkin mousse? I've already professed my love of pumpkin, and pumpkin that's lighter than air? That's definitely appealing.

And you know what? I deserve a pick me up. I'm feeling so much better than last week at this time and I have to really thank all my friends who rushed to be there for me. I was SUCH a grownup today as I went and interviewed my very first expert witness. And instead of my usual bundle of nerves I was excited about it! Of course, that was until I was about to exit my car and realized that I had lost the parking ticket already, but karma has been more than kind lately and I was able to find it before I left for the morning. In gratitude for my karma, let's call this the "good karma pumpkin mousse." It's good for you aura! 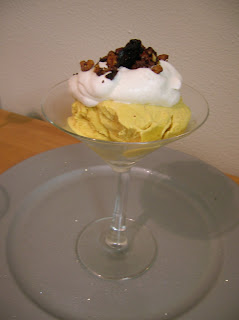 But really? Who's counting calories when you're on your way to attaining enlightenment?
Posted by That Girl at 7:25 PM