Make me something spicy 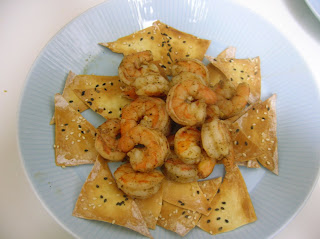 If you haven't noticed by now, I pretty much do whatever anyone asks. So when Jon asks for something spicy, he gets something spicy. The shrimp in the fridge were mocking me anyway. Sticking out their little shrimp tongues. Making up little shrimp songs. They were just asking to be coated in spices and broiled - which by the way, is my new favorite way to make shrimp.

And these were hot. Well, Jon didn't find them as spicy as I did. But my mouth was hanging open. Meanwhile - secret trick for getting rid of hot spicy mouth??? Milk. You can thank me later. 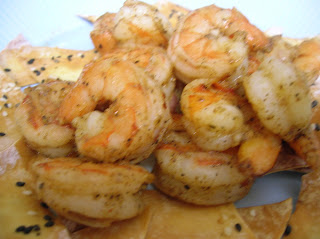