Mommy Mondays: What's In Your Cup?

Thatbaby has 2 main sources of hydration - milk, and water. 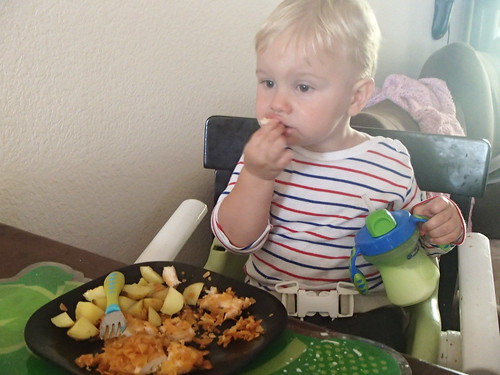 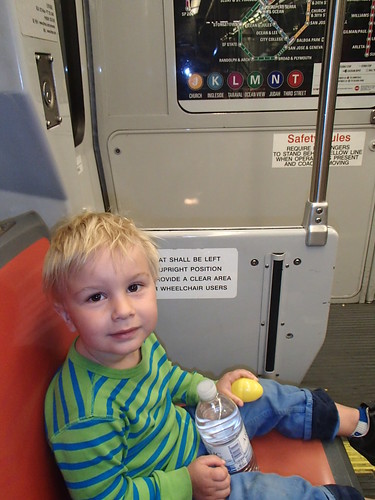 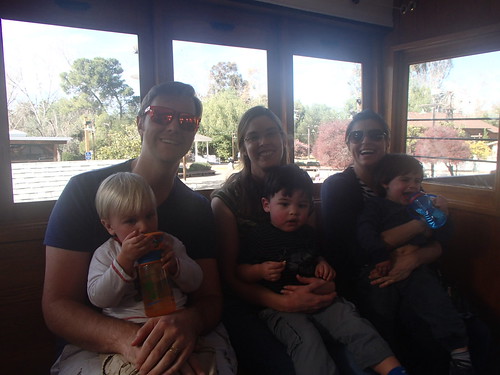 He drinks quite a bit of both.  There was a time I spoke with his pediatrician because he was drinking so much water.  The doctor wasn't too concerned and mentioned they go through phases and he was right.  Thatbaby backed off from water drinking to a less concerning amount. Currently he wants milk all the time.  And again we're going with it for now, although we have cut back on the milk before bed.  It's only water after teeth brushing.  We're also still doing full fat milk, because we haven't heard otherwise from his doctor.

One of the reasons Thatbaby does milk and water, is because that's what we have in the house.  We're a juice-free household.  I rarely drink juice - it's too sweet for me.  When I met Thatboy he drank a lot of juice.  Cranberry juice, which isn't really juice, it's more like an excuse to drink a lot of sugar.  After years of being with me, and being concerned for his health, he started watering down his cranberry juice.  And when Thatbaby moved on to milk, and we needed room for an extra gallon in the fridge, we stopped buying gallons of cranberry juice.

This is not to say Thatbaby is juice-free, he just doesn't get it at home.  Its very much a special occasion type thing.  He gets it Friday night for Shabbat, birthday parties, and of course when we go wine tasting. 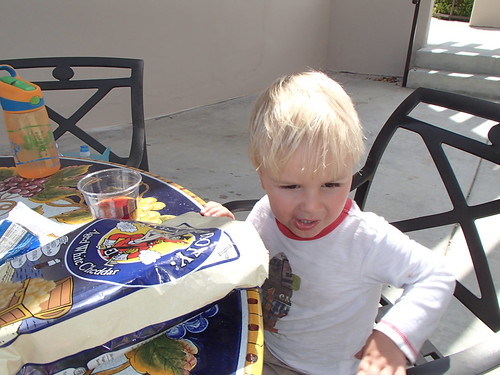 He also gets juice on planes.  And he already associates juice with planes.  The other day he pretended we were on a plane, and the first thing he did was ask me what kind of juice I wanted. 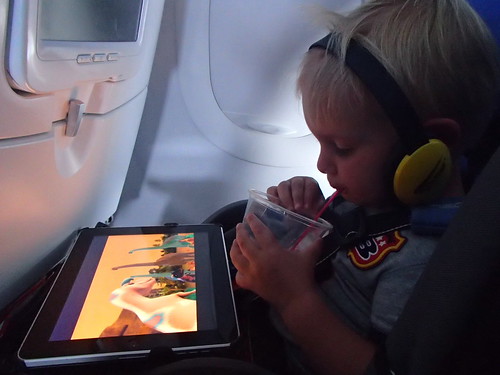 Instead of juice, Thatbaby gets a lot of smoothies.  These are a big breakfast item in our house.  And Thatbaby is almost at the stage where he can make them himself.  I keep meaning to make a "Cooking with Thatbaby" video, especially when he proudly announces "I'm a smoothie maker" in the morning as he puts his fruits and spinach in the blender.  I pour in the milk, and he helps to put the lid on before pressing the "on" button. 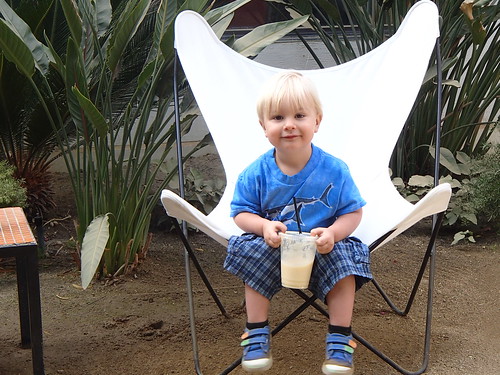 In terms of hot drinks, Thatbaby is a big fan of tea.  When we first introduced it, we just gave him warm water. Now I steep herbal teas, then cool them down with cold water, so he can enjoy them.

Last Thanksgiving we also introduced Thatbaby to hot chocolate.  No big surprise, he instantly took to it.  We've decided to tell him that it's a special winter drink for right now.  Just another thing to look forward to about the holiday. 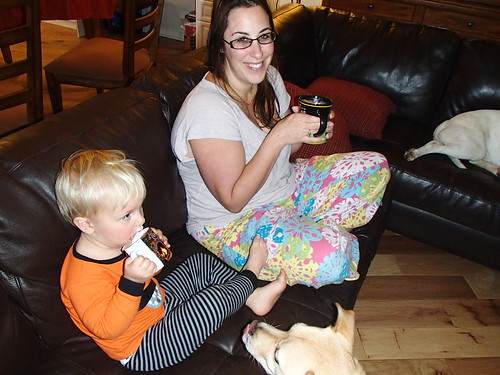