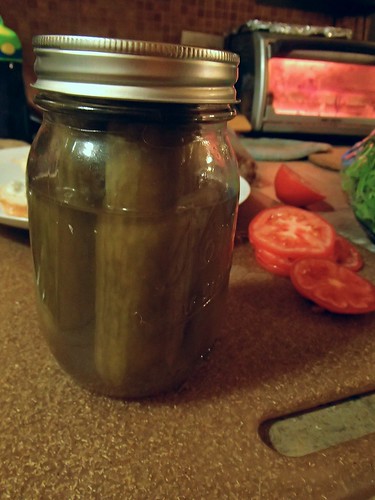 Yesterday Thatboy and I celebrated the fact that we have been together 15 years.  15 years ago we took the first step in our relationship.  It's so crazy to think about, such a huge chunk of time.  And the people we are now are so very very different than the people we were then.  Not in the major ways, because people don't really change, but we are so much older and wiser.  We've weathered storms, we've grown up and become more responsible, we're parents!

We had decided we weren't going to do anything to celebrate.  We tend to acknowledge this anniversary with a simple "Happy Anniversary!" and use our wedding anniversary to really celebrate our relationship.  However, yesterday Thatboy texted me and told me he really wanted to head out to dinner.  While on our wedding anniversary we tend to go out just the two of us, last night we headed to a family dinner at one of our favorite restaurants.  Thatboy drank beer while I drank root beer.  Ahhhh pregnancy.

One of the stereotypes of pregnancy is the idea of pickles.  I don't know how true that is, but I know the vinegary things are high on my list of favorites.  I can't entirely blame pregnancy, I've had a thing for pickled onions since making them last summer.  But I do know that olives and pickles are some of my favorite snacks.  And while olives have a little bit of a complex brining process, pickles are easy.  So much so that I've been making them at home, on my own.  So easy, not terribly time consuming, and just as delicious as what you've picked up in the stores.  So much so, Thatboy has become just as addicted as I have become.  And he certainly can't blame pregnancy! 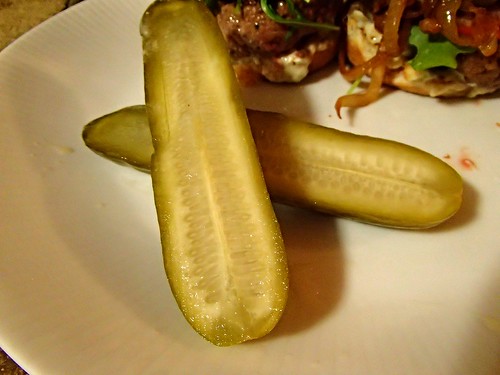