It's  no secret that birthdays are a pretty big deal in my family.  Partially because of Thatmom.  She's always made a big deal about them, and in turn, instilled the belief us.

But part of the problem with that is that birthdays are always a bit of a let down for both of us.  For Thatmom, her ideal birthday is being surrounded by family.

When we first discussed her birthday this year, the plan was to get together with Thatbrother, UDubb, and Baby B.  Thatmom wanted to expand the list to include the extended family, and started running into walls.  She started getting disappointed and down about the whole thing, and I volunteered to take over.  I told her to pick a place and I'd take care of the rest.

I sent out invitations to the whole crew, figuring if they came, great, and if not, there'd at least be a nice dinner for the immediate gang.  But the RSVPs started pouring in, and I had to keep calling the restaurant to update our number. 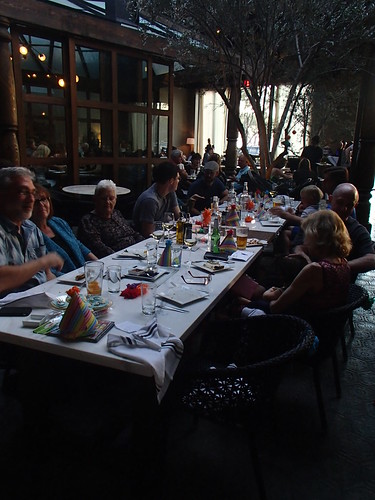 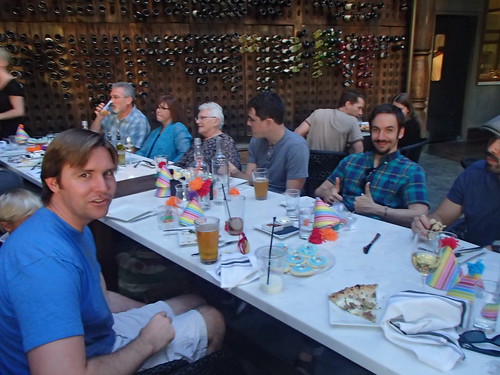 I also decided with the number that I should do a little more than just a dinner.  So I started churning out the decorations.  To keep it bright and cheery I went with a rainbow theme.  Colored yarn pom poms and birthday hats dotted the table.

And since my mom loves sweets and desserts, I made sure there were plenty of those too. 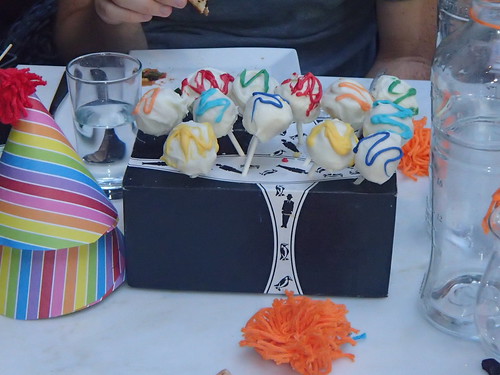 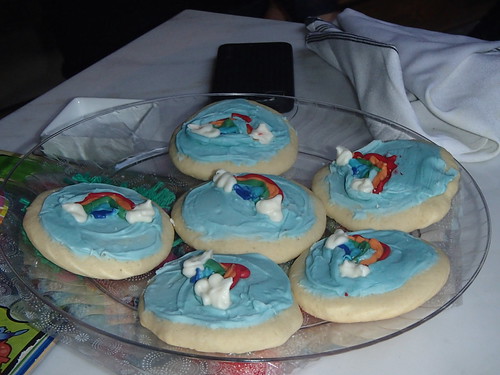 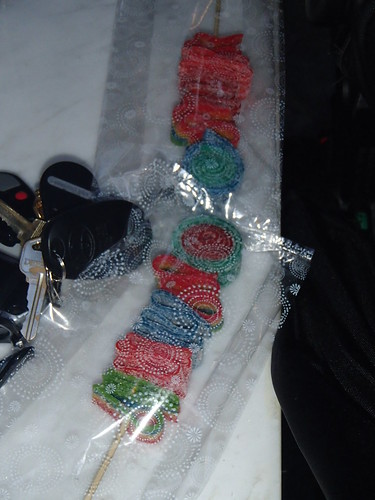 And of course there was cake, which Thatmom had picked out and I delivered.  It was a sweet overload.  Which Thatkid took extreme advantage of. 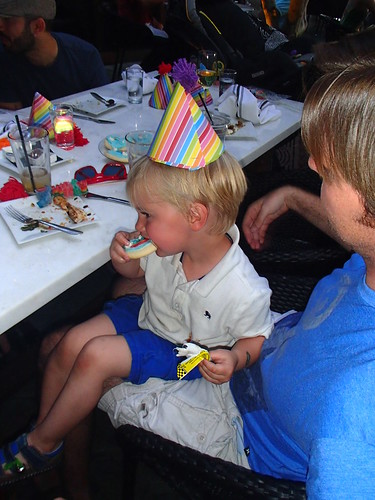 The evening was almost entirely a success.  For Thatmom, it was one of the best birthdays in that it was exactly what she wanted.  A night surrounded by her family, pizza, and sweets!
Posted by That Girl at 1:00 AM

Labels: Birthdays are for girls