Some things don't go as planned:Ketchup 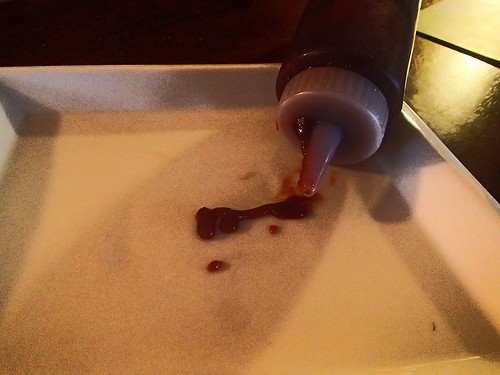 Earlier this year we signed Thatkid up for a "preschool pass" at Sea World which gave him a free annual pass.  The only catch was we had to make our first visit before March 27.  No big deal, we had months before March 27!  Except all of a sudden it was the last weekend before March 27 and we hadn't gone yet.  And I was working all day Saturday and we had guests coming over for dinner Sunday night.  Yikes!

I decided we would try to fit in a quick morning trip to Sea World on Sunday, heading home at naptime.  I had the whole day mapped out, we'd get there at opening, spend a couple hours, have lunch and head home.

But like so many things in my life, just because I plan it out, doesn't mean it happens according to plan.  We ended up getting a late start out, which meant we arrived at Sea World long after it opened and just in time to wait in line for around 40 minutes to redeem our pass.  Guess we weren't the only ones with a last minute agenda.  By the time we got in, it was already 11:30!

We spent a majority of our short time there in the Bay of Play where Thatkid rode rides, climbed ropes, and slid down slides.  But we couldn't leave without some animal encounters, so I asked Thatkid to pick out what animal he most wanted to see before we settled down for lunch and head home.  He picked the sharks!

On the way to the sharks, we passed by the sea lions, and we stopped to watch them being fed.  They were crazy active and loud!

Thatkid's favorite part of the shark exhibit was the tunnel of sharks, a moving walkway that went through the aquarium while sharks swam above us and all around of.

Right beside the sharks were the turtles, so we went to visit them before heading out.  Giant turtles.  And tons of them.  I can't remember the last time I saw so many sea turtles in one place!

All in all, my disaster of a plan came together and everyone had a great time.  Sometimes you get lucky like that.  Like with this ketchup.  It seemed like such a good, easy idea - the basic instructions were to put tomatoes in a pot ad cook them.  Easy peasy.  Except for 2 things.  The quantity of the ingredients meant I spent an inordinately long time chopping veggies.  Way longer than I would have expected.  The second problem was that I don't own a food mill and my strainer is tiny.  Do you know how long it takes to strain 10lbs of tomatoes?

But like Sea World, the end result was worth it.  Okay, maybe not worth it, but the ketchup really was a treat! (Nothing is really worth straining 10lbs of tomatoes for hours.) 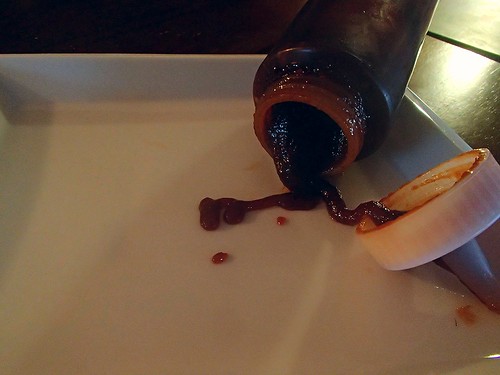