Earlier this year Thatmom told me she really wanted to run a 5k with me sometime before the baby came.  So I looked over the race schedules in the area and sent her a few options.  She chose one near her that fell on her birthday weekend.  How could I say no? 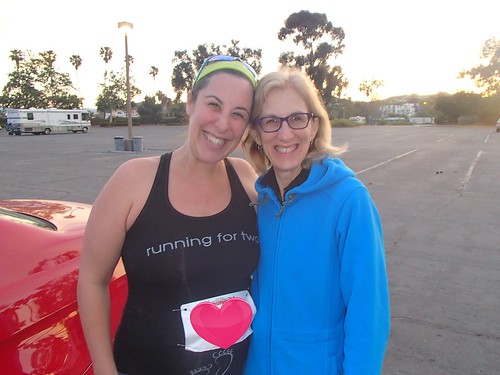 I drove up Saturday afternoon, picking up our race bibs and gear.  You gotta love a race tee with spawning fish on it.

Sunday morning we got up and headed out to the race.  It's been months since I've done a race, and even then it was just walking a 5k back in December.  I haven't really raced since November and I was itching to get back into it. 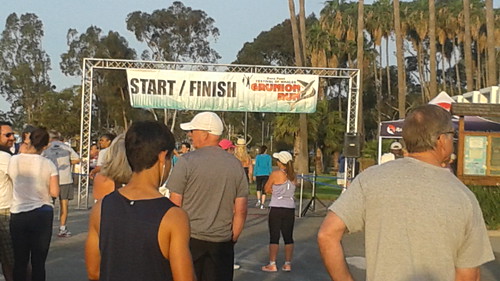 This was a small local race, which is always nice.  The field was small and the course was coastal.  Which meant lots of beautiful views. 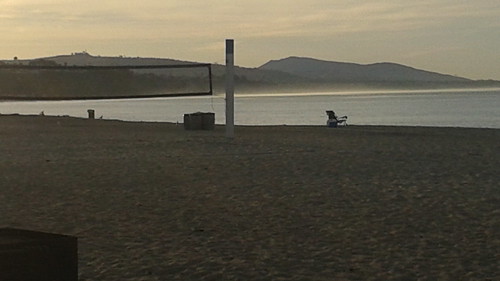 The course was out and back, through the state park.  In reality we were running through parking lots, but hey, they were parking lots beside the beach!  And once you finished with the first 1.5 miles, you knew exactly what to expect on the way back. 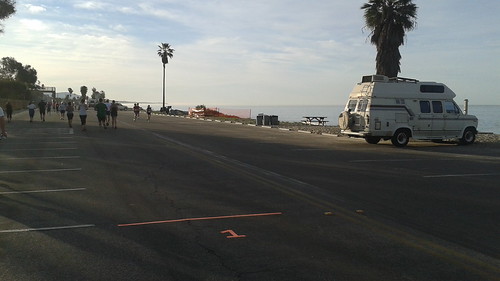 The 3 miles passed quickly as Thatmom and I chatted about life and family.  And it wasn't long before we finished.  Really not long.  In fact, it was a PR for Thatmom!  As for me, no PR, but it was a minute faster than the race I ran when I was pregnant with Thatkid.   37:33! That race made me feel so slow and frustrated.  Since this is my opposite pregnancy, it's not surprising that I felt really good about this race.  I felt good when running it, and I felt good after.  I'm looking forward to my next race next month!