Wow December sure flew by!

I know you've all been missing something as this new year begins. That little piece of Thatgirl that makes your life complete. But almost all my free time in December was dedicated to this little project: 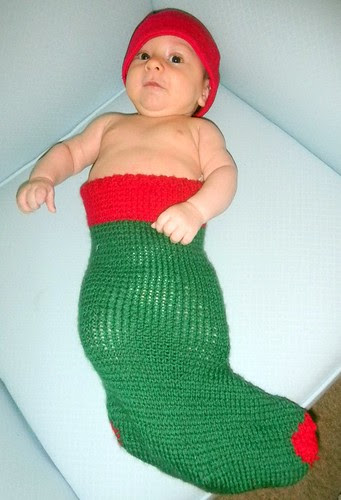 More on that later, but suffice to say I was knitting on a schedule so blogging took a backseat. Which is a shame since we sure did a lot last month. (Which probably only compounded the timing issue.)

Like when Thatboy's best friends came down for the weekend. Our little home was filled to the brim with 5 adults, a toddler and a baby - which made the holidays even warmer. The last time we saw Ace he was 2 weeks old. Now he's a giant! 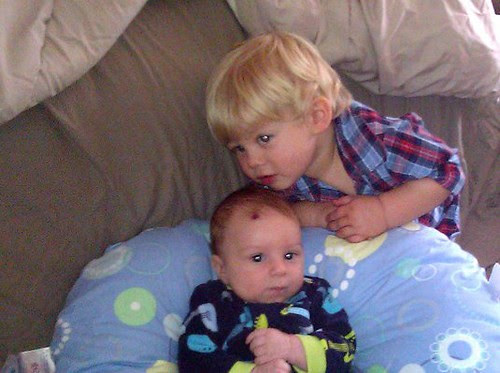 (picture taken seconds after Ace kissed Thatbaby's head and moments before Ace followed said kiss with a slap. Toddlerhood - it's a learning process.)

Their visit happened to coincide what has quickly become one of my favorite San Diego races - The Jingle Bell run. If you recall, I ran it last year and vowed to make it a regular part of my running schedule. It was just as much fun as I remembered, complete with jingling jingle bells on shoes, marimbas playing Christmas music, and an acapella choir who were singing "Steal my Kisses" for some reason - which I don't associate much with Christmas.

And of course there were the awesome costumes. I didn't get a picture of the guy in a green unitard on a unicycle, but I did capture Santa on Stilts: 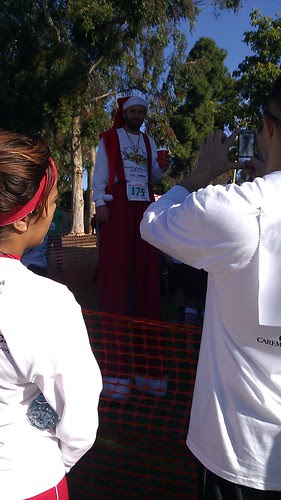 The boys in the footie pajamas: 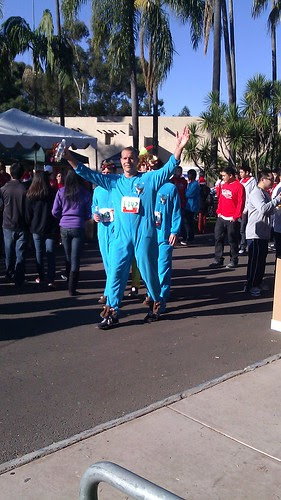 Santa and her sleigh of reindeer (these chicks won for best costume): 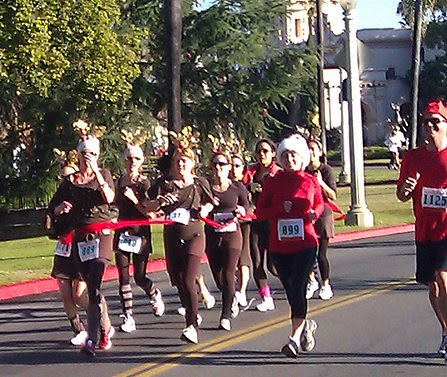 And other festive attire: 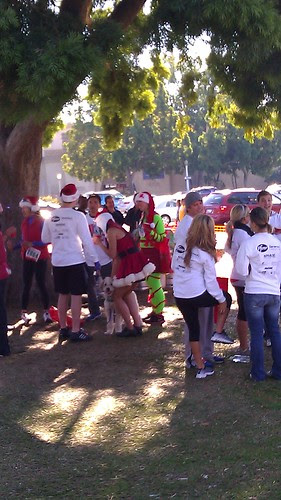 And we got into the spirit too. 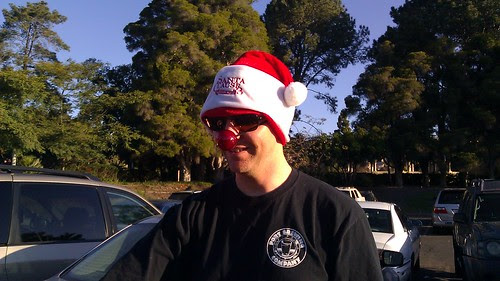 Thatboy and the rest of the crew walked the race while I ran ahead. The nice thing about not being super speedy to begin with is I'm already back to my pre-pregnancy speed. In fact, at 2 months postpartum I actually finished this race 36 seconds faster than when I ran it in 2010!

After I crossed the finish line, I turned around and ran the course backwards to meet up with everyone. Which was fun because I got comments like "Hey - the finish line is the other way!" and I was able to give support to tired runners "The rest of the course is all downhill!" Around the halfway point I met up with these lollygaggers. 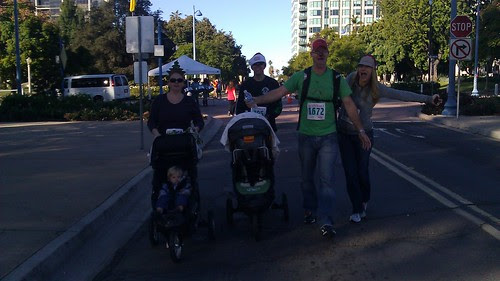 And we finished the rest of the race together. 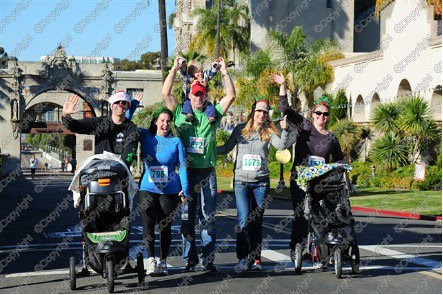 Well, almost together. As we neared the finish line I ran ahead so I could capture Thatbaby finishing his first race. See that car behind us? That was the cleanup crew. We were the absolute last people to finish the race. But it was still a PR for Thatbaby! 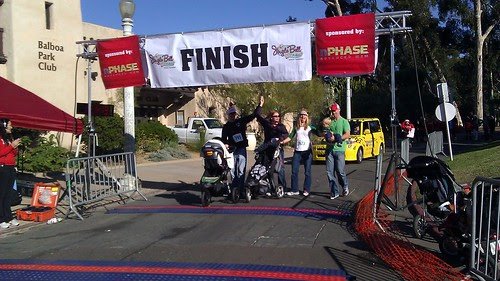 Thatboy's favorite part of the race (and the reason he'll run it again next year) was the beer garden hosted by Stone Brewery. 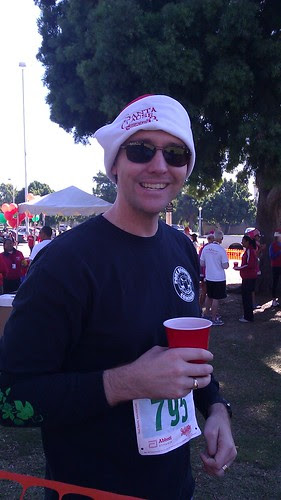 Thatbaby was too young to come in, but we're such good parents, we kept an eye on him while we enjoyed. 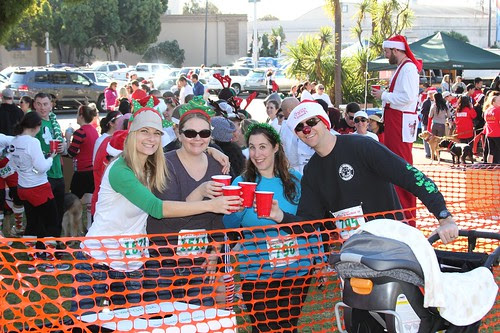 While we were having houseguests I of course wanted to serve them up something home-cooked and delicious. Especially since we didn't want to go out the night before the race so we could all get to bed a little earlier.

I wanted to do something that would feed a large crowd but still be easy. I gave Thatboy some choices - roast chicken, lasagna, chili, or enchiladas. Not surprisingly he chose enchiladas. He always chooses enchiladas. 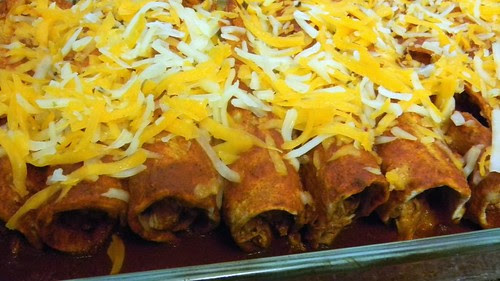 I used Nicole's adaptation for chicken enchiladas with red chile sauce. They were amazing. I really think making your own chile sauce is the key here. They were a big success and Magski even asked for the recipe to make at home once I assured her it was incredibly easy. Served with a nice salad and some Spanish rice it was the perfect way to spend an evening with friends.
Posted by That Girl at 2:49 PM