"Chicken Soup" for a rough day

Stick with me to the end on this one and you will be greatly rewarded. Trust me on this - it's worth it to scroll allllll the way down. You can do it now if you want - head down to the end and back up. We'll all wait here for you.

On December 2, Thatbaby turned 2 months old. And anyone with a young child knows what that means - the dreaded 2 month shots! 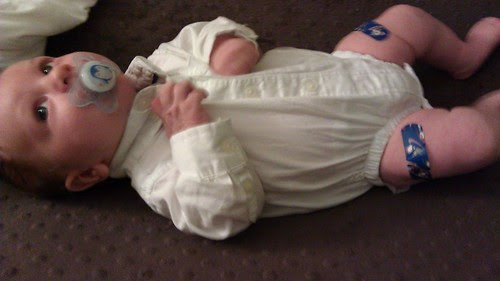 Thatbaby was a trooper. I mean, obviously he cried - even I cried when I have to get a shot, and I'm older than 2 months. But about 2.5 seconds after we got home, he was back to his normal self.

When I get a shot I wallow in the pain and misery. I don't get shots very often for this reason. And even though Thatbaby appears to have not inherited this delightful trait, I still felt like some comfort food should follow up this harrowing ordeal. Enter Chicken Cordon Bleu. 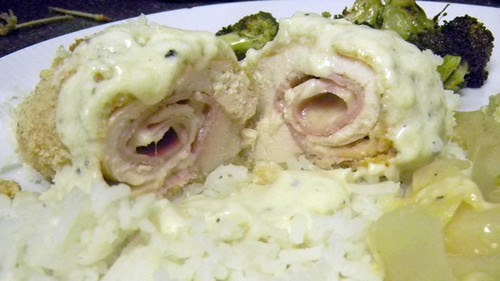 Can you think of anything more comforting than melted cheese? Cutting into a chicken breast and watching it just ooze out? And while most ooze verges on disgusting, oozing cheese is downright amazing. And topping it with an alfredo-like sauce sends it over the edge from ordinary to extraordinary.

The comfort-fest continues with our side dishes. Granted, I'm the weirdo that thinks pretty much any vegetable is comforting, but it's even more appealing when baked with cheese. I'm going through a fennel phase right now (you'll see more later this week). Raw fennel has a delightful black licorice scent, but when you cook it, it doesn't have that flavor. To me, it tastes like winter - warm and earthy. Like a sweater. And what could be more comforting than that? 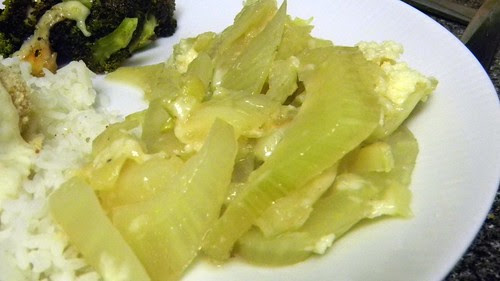 And for those of you that have stuck around - we got back our photos from the sketchy santa shoot. We went because I'm a sucker for free professional pictures, but really, are they much use when they turn out like this? 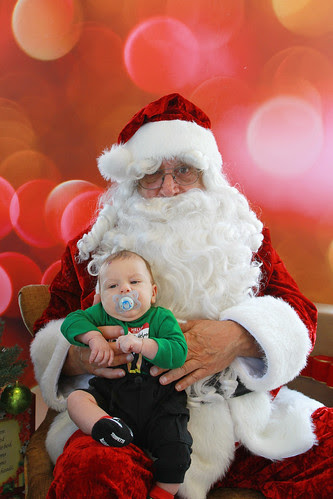 Tell me that santa doesn't give you the willies? And look how comfortable Thatbaby seems...right? 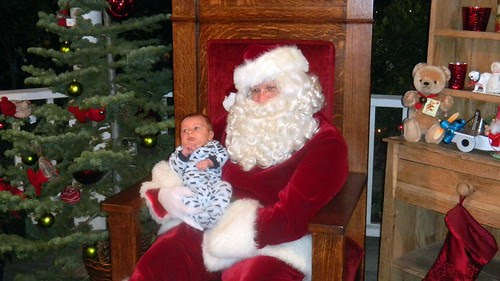 I think we've got one more Santa option this weekend. And I'm counting on this one to be the winner!
Posted by That Girl at 9:51 PM