Way back in 2011 I promised you another fabulous recipe involving fennel and I alluded to the fact that we were going to attempt another Santa photo op with Thatbaby. Since it's now 2012 I think it's about time I shared both with you!

San Diego loves to get all dressed up for the holidays. The San Diego Botanic Gardens hosts the "Garden of Lights" in December when the entire garden becomes a winter wonderland - complete with snow. Thatbaby was fascinated by the lights when we took him to his first Santa visit, so we thought this would be a hit. 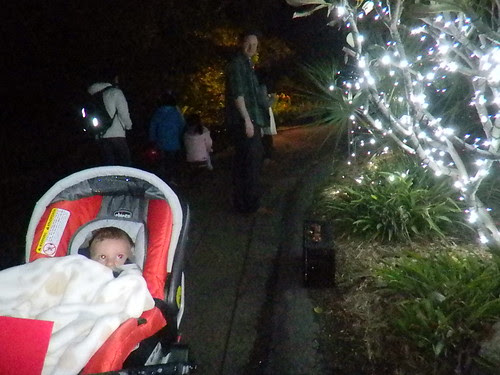 I'm pretty sure if Thatbaby could decorate heaven it would be covered in Christmas lights. He was in awe the entire time we were there. Sure maybe he was a little over stimulated and maybe we messed up his routine by an hour or two, but it was worth it to see him light up as he looked at the world covered in a sparkly glow. He didn't want to sleep for fear of missing a minute. 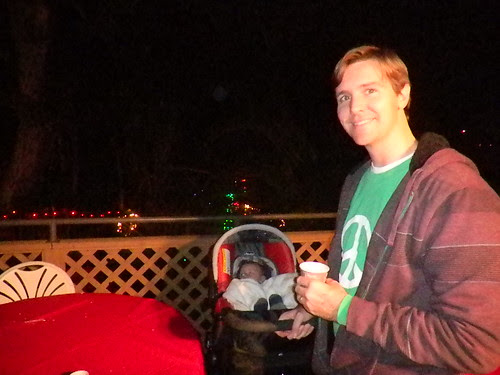 Watching him watching the lights was entertainment enough, but Thatboy and I also managed to find the corner where they were pouring mulled wine. It was a nice enough evening - as you can tell by Thatboy's "warm winter sweatshirt" but warmed wined in the cooler winter evenings is still appreciated. 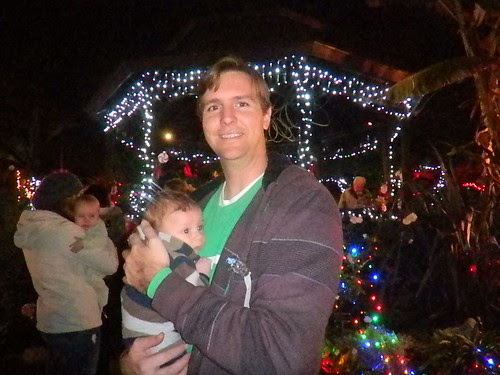 Once we were all wined up we headed over to see Santa! 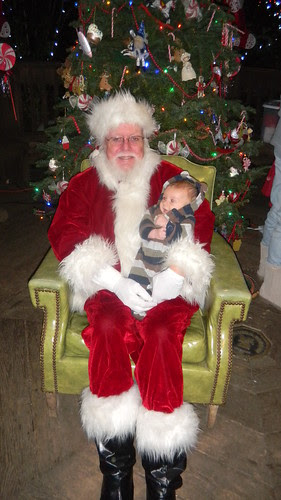 Once again Thatbaby did great - smiling and cooperative. Our family picture actually has all of us looking at the camera and smiling and is one of the best pictures of us so far. See - my baby's not afraid of Santa Clause, he just doesn't like sketchy men touching him. I don't either, so he must have inherited it from me.

We toured through the gardens which are beautiful at night and covered through lights. But they also looked like they would be wonderful during the day and we can't wait to go back. 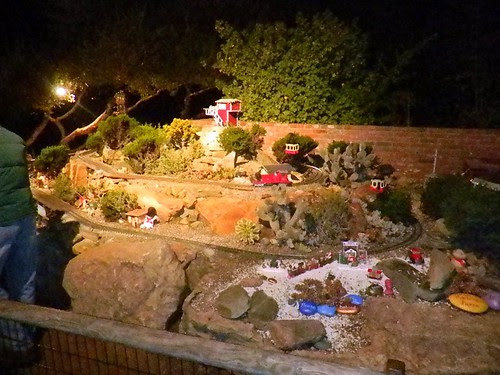 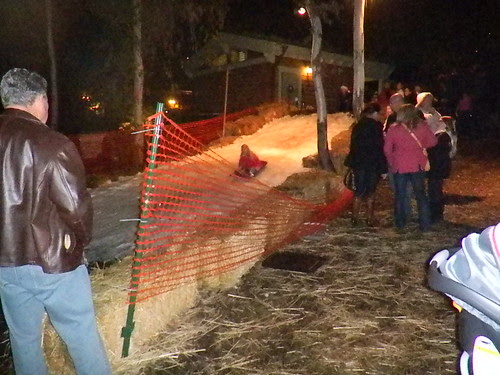 The snow areas were divided into two parts - one for free play and the other for sledding. Both were filled with smiling kids. By this time Thatbaby had fallen asleep so we held off on snowplay for another year and headed home.


The other part of my promise was for a good fennel recipe and it seems something warm and filling should fit in right here after tales of snow and Christmas. I mentioned that I've been going through a fennel phase recently and happened to have a bulb on hand when Branny posted the recipe for Lentil, Kielbasa, and Fennel Stew. 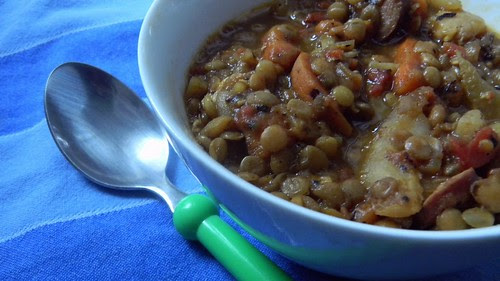 Talk about good timing, right? Lucky for me we always have lentils on hand. I use it in so many soups it has become a pantry staple. I changed up the recipe just slightly because I don't love kielbasa. Instead I used garlic chicken sausages. The result was something so delicious we couldn't wait to have leftovers for lunch. It's hearty. It's filling. It's the perfect winter night meal with a nice crusty piece of bread.
Posted by That Girl at 9:49 PM