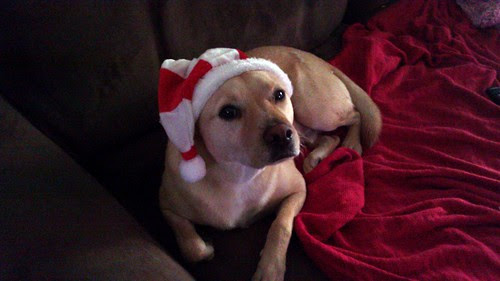 2 weeks ago I got some sort of 24 hour virus.  It was a head cold, combined with a fever and chills.  As almost anyone will tell you, the surefire cure for being sick as a dog is warm, comforting, soup.  Which is only fitting, because Branny is once again hosting her Souper Bowl.

It's fitting for two reasons.  The first has to do with the whole "sick as a dog" part because the Souper Bowl follows Branny's commitment to animals.  Her home is overrun with dogs, horses, and a cat.  Her heart is overrrun with kindness.  Put the two together and this is a charity event that couldn't fit her any better.

The second reason me being sick fits the Souper Bowl is because of the whole "soup" thing.  For every blogger who enters a soup post, Branny is donating $1.00 to the ASPCA.  And we've been doing quite a bit of soup lately.  Hey, it's winter, even if it is California.  I thought I would round them all up into one post, plus they kind of lead into each other.

As I did last year, I'm dedicating this entry to Thatdog, because he's put up with a lot this past month.  What a trooper.  He's such a good big brother and doesn't seem to mind too much that we've completely disrupted his life with a loud, little, screaming thing.

And there's still time for you to enter - You have until January 31st if you'd like to enter some soup of your own!

We'll start with Channukah.  I left this off the menu so I could include it here.  Flipping through my holiday cookbook I found a "vegetable meat soup."  Which is kind of a funny name when you think about it.  I mean, I get vegetable soup, and I get beef soup, but the need to include both in the title would lead one to believe those are the only ingredients.  Really though, this is a fantastic beef and barley soup, loaded with typical soup vegetables like carrots and celery, but also mushrooms, barley, beans, and peas.  It's loaded with just about everything.  It was my favorite part of the meal. 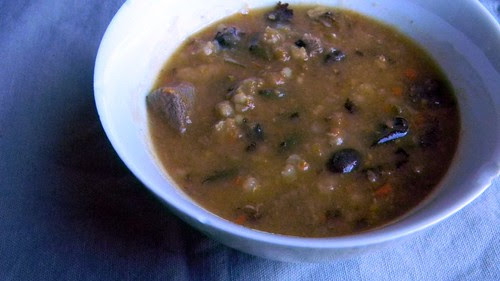 In fact, I liked it so much that I adapted it into a vegetarian version - a "vegetable soup" if you will.  I added some extra mushrooms after I found a "Monterey Mix" at the store which had some of my favorite mushroom varieties.  And I left out the potatoes which were no more than a thickening agent so it could be a little brothier and added garlic which I felt were missing from the first version.  I'm a fan of barley soups in general, and this one is nice and not too heavy. 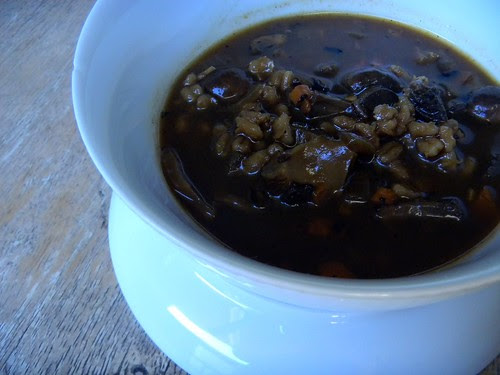 As I mentioned, I made baked potatoes for our New Year's Eve feast.  And we had leftovers.  What do YOU do with leftover baked potatoes?  I make soup.  Especially in the winter.  Potato soup is ridiculously easy if you already have baked potatoes.  All you have to do is mash them and add a nice roux.  The potatoes make it thick, the roux makes it even thicker and creamier.  So much so that you don't even have to use cream - I make mine with skim milk.  Which is nice, because then I don't feel so guilty about loading in the cheese! 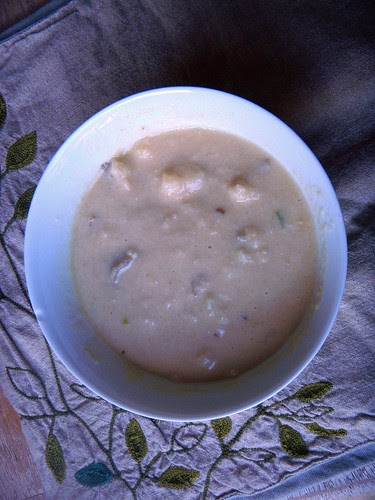 And this is the soup that should be the star of this post.  Only because this is the soup I made when I was sick and needed to get better quickly.  Once again I used potatoes to thicken this soup so I didn't have to use cream, just vegetable broth.  Although, with the addition of the vegetable broth, the potatoes, and the celery maybe I should call it "Artichoke and vegetable" soup?