Ready for another cake? 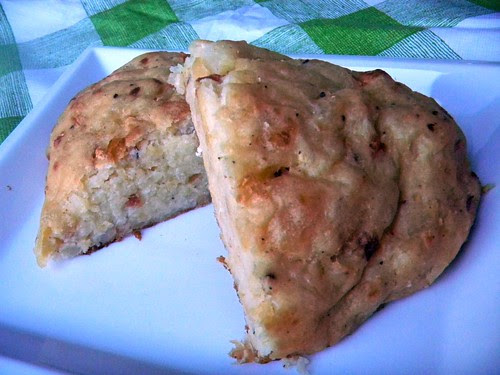 As you may or may not have noticed, this blog has been inundated with sweet recipes.  3 cakes in one month?  Pretty unusual for a girl who claims to be more into savory than sweet.  But the holidays are a time when we all overindulge.

Now that it's January there are far fewer baked goods in Thathouse.  There's a chocolate chip banana bread in the fridge Thatmom brought up last week, but other than that, nada.  Now we go back to the savory and the only cakes you'll find round these parts are the occasional pancake.  (Although to be fair, I haven't made pancakes in ages.)

But savory cakes I can definitely get behind.  They make great side dishes.  Technically this could be considered a baked mashed potato dish, because really, that's all that is.  Mashed potatoes, formed into a cake, and then baked until brown.  The eggs serve two purposes - the yolks act as a nice binder, and the whites, folded in, give it some rise.  Then you can cut it into slices and serve it just like a cake.  Without the frosting of course. 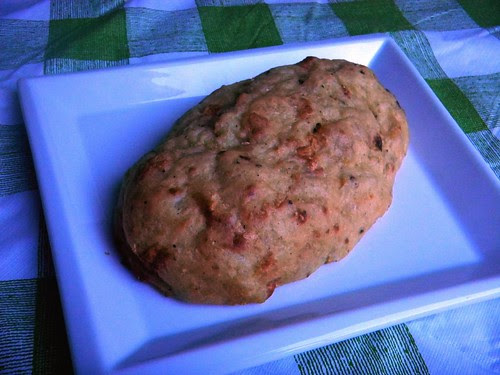