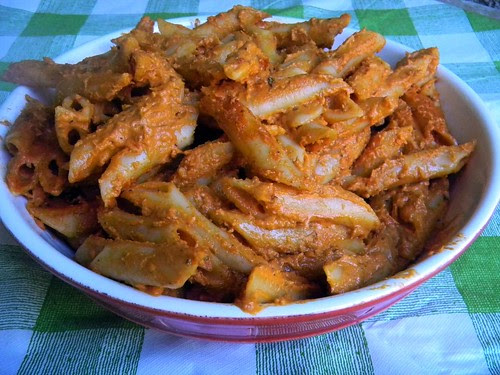 The traditional arrabiata sauce is basically tomato, garlic, and red chili pepper cooked in olive oil.  Which is easy.  So easy in fact that I wanted to spice it up a bit.  I decided to improve on an old favorite by playing around with the ingredients.  I decided to make a vodka-arrabiata sauce.  But I've never made a vodka sauce before.  And while searching for a good recipe, I ran across Mary's vodka cream sauce.  I thought the cream would serve as a nice counterpart to the spicy red chili pepper of the arrabbiata sauce.  I did reduce the amount of cream though - it's not the primary aspect of this dish and you don't need a lot to make the sauce creamy.

The result is an impossibly creamy, spicy sauce.  It's pasta with a kick.  I made it with penne, but in the future I think penne rigate, or even rigatoni would be a better choice as the ridges would catch and hold the sauce a little better.  Although, as you can see, this makes a nice, thick chunky sauce which seems to cling pretty well. 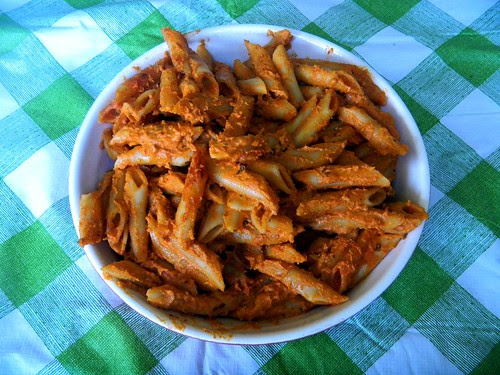