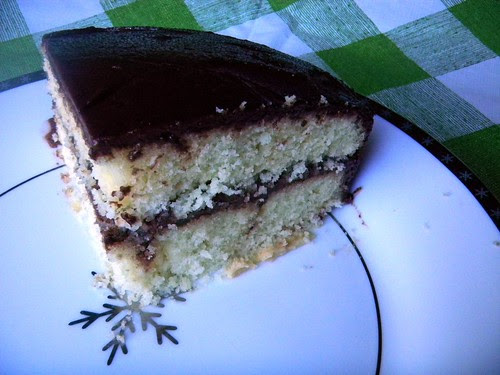 This year for New Year's Eve we headed out of town. Thatmom had suggested a family trip to our timeshare in Palm Desert. Since it was just a quick couple of hours away, we thought it would be a safe first vacation with new baby in tow.

A couple of days before we were to leave, I received this email from Thatmom:

Hello my loved ones,

Next weekend we are dining at Zins in palm springs for dinner on Friday eve, then having breakfast at Cheeky's the next day. On New Years eve, we will cook indoors at the Time Share and if okay with you, I have assignments for dinner.

Thatbrother will do the appetizer (caprese is fine)
UDubb will do a small salad
Thatboy will pick out the wine
Thatgirl will prepare the filet mignon
Thatmom will do the side dishes
Thatbaby will do the desert.

Everyone had a job to do. And it worked out really well for the most part. I ended up making some baked potatoes to go with the filets, and UDubb and Thatbrother ended up bringing the wine. Really Thatboy was the only one who got out of doing anything. Even Thatbaby got in on the action, taking his duty of dessert very seriously. 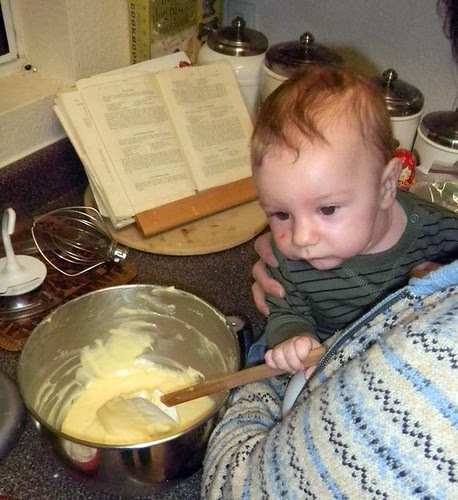 Because my mocha walnut cake had been such a hit, he thought he should try a Fannie Farmer cake also. He chose a velvet cake - so called because of "velvet texture." The recipe was unlike anything I'd ever seen. It called for 1/2 a cup of cornstarch and 4 tsp of baking powder. And it called for beating the egg whites until stiff before folding them into the batter. I figured the cake would probably float away! Or explode. 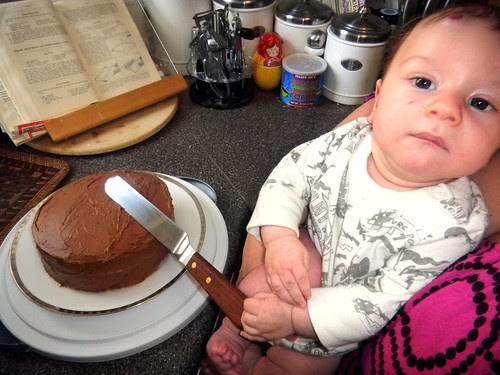 I'll have to do some Alton Brown research on those ingredients, but I can tell you that they made this cake perfectly light, crumbly, and buttery. (Well the butter probably made it buttery.) With a simple boiled chocolate frosting, this cake is classic and simple, but a sure fire winner. Thatboy thinks it's the best homemade cake he's ever had. Which I'm sure is partly due to Thatbaby's loving hand in it's creation. 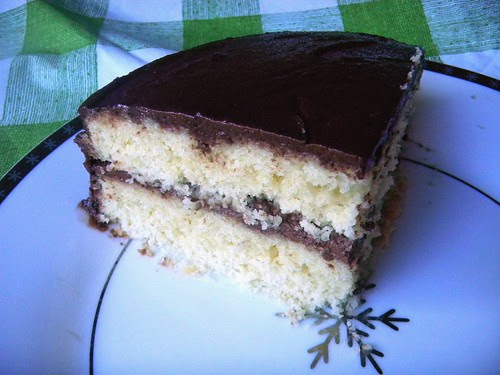