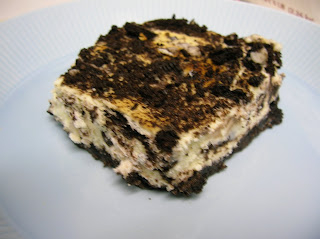 I decided an Oreo cheesecake was, as one of my friends would say "TWTG" (the way to go). Honestly, it was pretty easy, but it cracked. It was one of those "baby in the oven" moments - brownie points for whoever gets that reference. Everything was looking good, and then I opened the oven door. The door dropped with a loud "slam" and the cheesecake cracked. Bah! 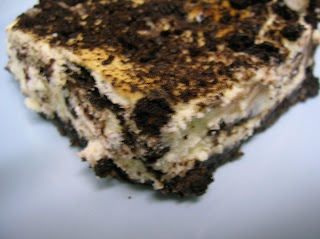 So the cheesecake wasn't so pretty. Sad but true. I think the pictures are even worse. But it tasted like cheesecake so I must have done something right. Nevertheless, after all my hard work I waited for praise from the man. I watched with baited breath as he took a bite. Nothing. He didn't say anything. Didn't he realize I made this for him?

Great, and now we have a huge thing of cheesecake left. Cheesecake that tastes like cheesecake. Guess my coworkers will have something else to munch on next week. 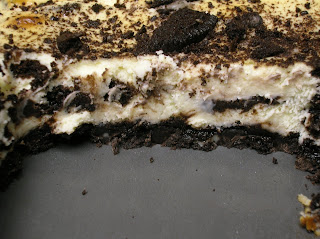