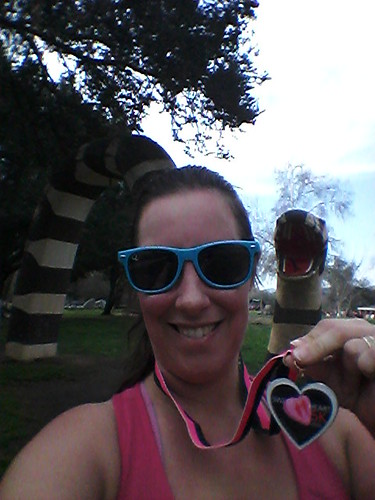 The second race in my holiday series was yesterday, the Sweetheart 5k.  A Valentine's Day race with a very fitting charity, the San Diego American Heart Association.

One of the reasons this race intrigued me was that I've never run this course before.  The race was held in Kit Carson Park, in Escondido.  They described it as "cross country."  It ran through sidewalks in the park and back out onto trails.  Even though it was an open course, we didn't run into too many people clogging it up.  And it was wide open, making passing easy.  I actually really liked the course, but it was hard.  More on that in a minute.  Let me back up first.

This is the second year of the race, and it was exceedingly well run.  The shirts were couples shirts - one said "sweet" and the other said "heart."

Since I ran this solo, I just went with Sweet.  I thought "heart" on its own would be strange.  Parking was easy and plentiful, and close to the startline!  (A plus since it was 39 degrees at 7am!)

And unlike almost every other race I've ever run, this one started right on time!

The course was pretty and I started out so strong! 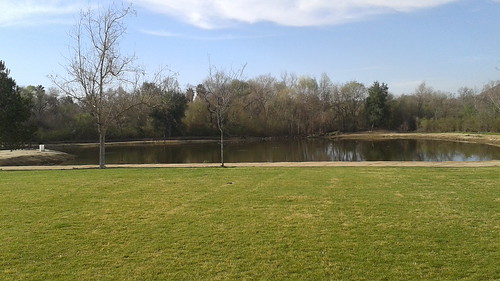 The first mile was nice and flat and I finished in just under 9 minutes.  Which was probably too fast to start out, but I figured it would buy me some time if I slowed down...which I did. 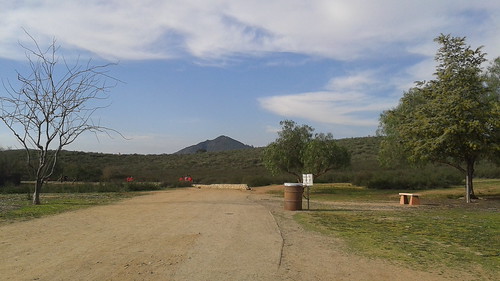 The second mile was a little slower for me, right after the first mile was a small hill, and based on my speed, I thought I should slow it down a bit.  We crossed back down to the start area and over to the back side of the park.

Mile 3 was where things got ugly.  It was the mile of hills.  They had warned us about it before the start - "You're going to go up that hill and run along the ridge."  But after the hill at mile 2, I wasn't too concerned.  I should have been, that hill was killer.  And followed by another!  This is where I stopped being the pass-er and started being the pass-ee.

We ran past the Queen Califia Sculpture Garden.

And a grove of orange trees, and down to the finish. 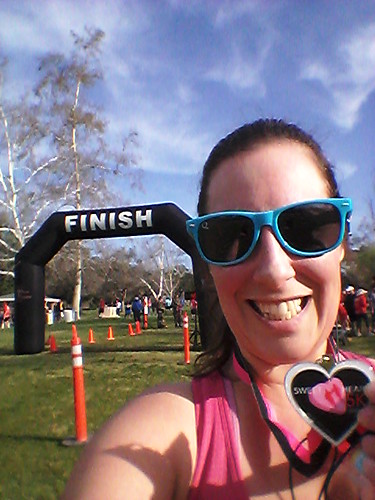 So it wasn't my fastest race ever, but I know I can do better next year, now that I know what the race has in store.  And I do think there will be a next year!