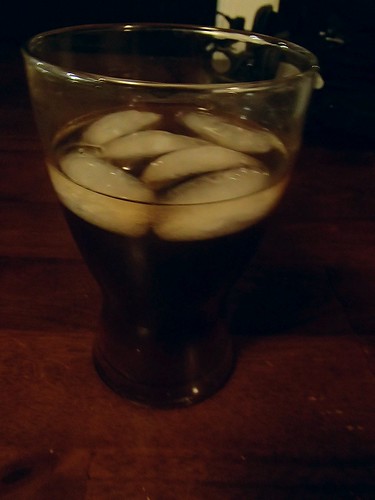 We're lucky enough to live really close to a bunch of different animal habitats.  Zoos, aquariums, and of course, the Safari Park.

We are really good at taking advantage of this fact.  In truth, I'm a little jealous of my kids growing up in such an environment.  I used to love going to the zoo as a child, and we never never lived especially close, so it was a rare treat to go.

Meanwhile, in one month my children went to three different zoos!

It started when my inlaws all came to visit.  They'd never been to the Safari Park and wanted to visit.  We were more than happy to oblige. 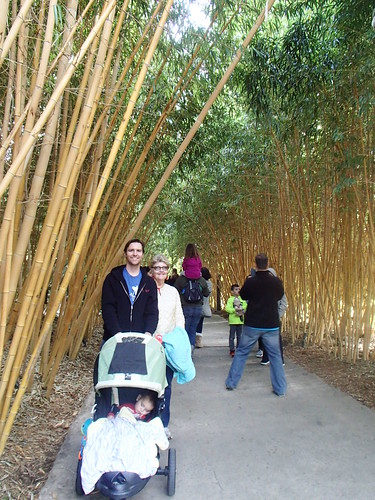 Thatkid loves spending time with his cousins.  And they are so good with him.  We all got a little up close and personal with one of the tigers. 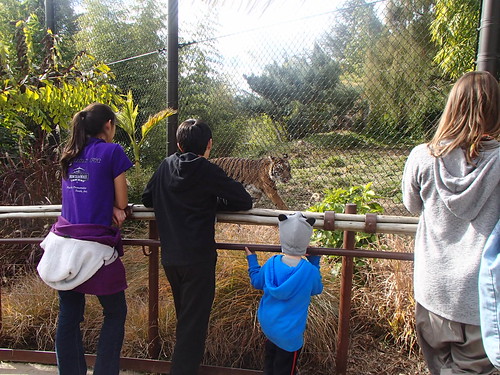 And my guys lemur-ed it up while the older kids went and visited the actual lemurs. 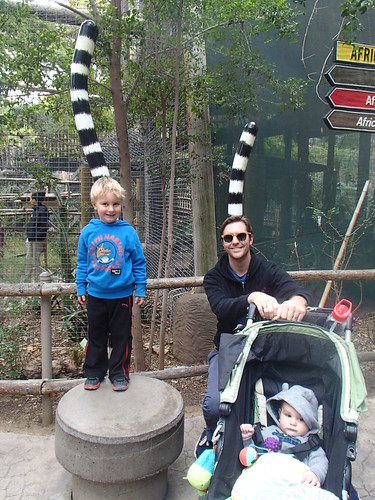 We also got a very close encounter with some rhinos.  They were sleepy guys. 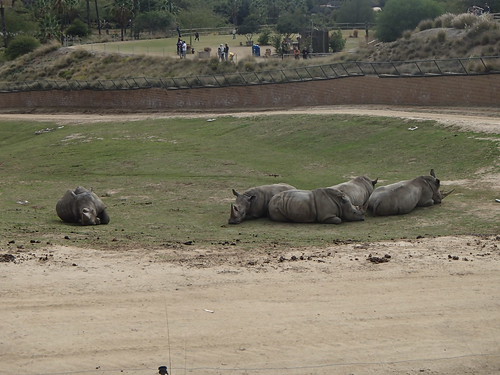 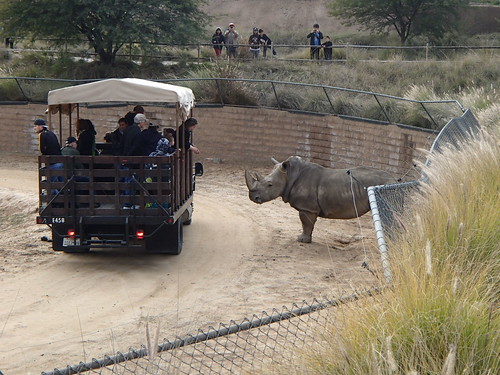 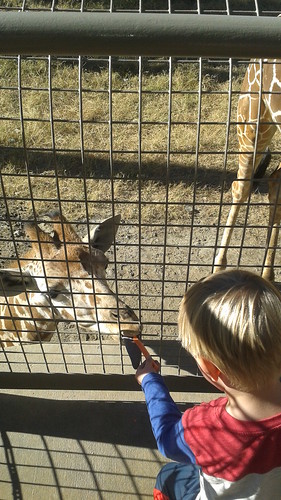 When we got back to San Diego, we met up with the LOs at the zoo.

Thatkid is going through a "take my picture" phase.  I felt like his own personal paparazzi as he posed beside every statue at the zoo and asked me to capture it on film.

He also roped Little LO into the act.

The two of them cracked me up.  Thatkid was less interested in the real animals than he was in the animal statues, and Little LO was happy to join him.

But please take my word that we did see real animals.

Fish House sounds like an animal habitat, but in reality it's the nickname for the oldest men's club in America. And while San Diego may be known for their animals, Fish House is known for their highly potent punch. 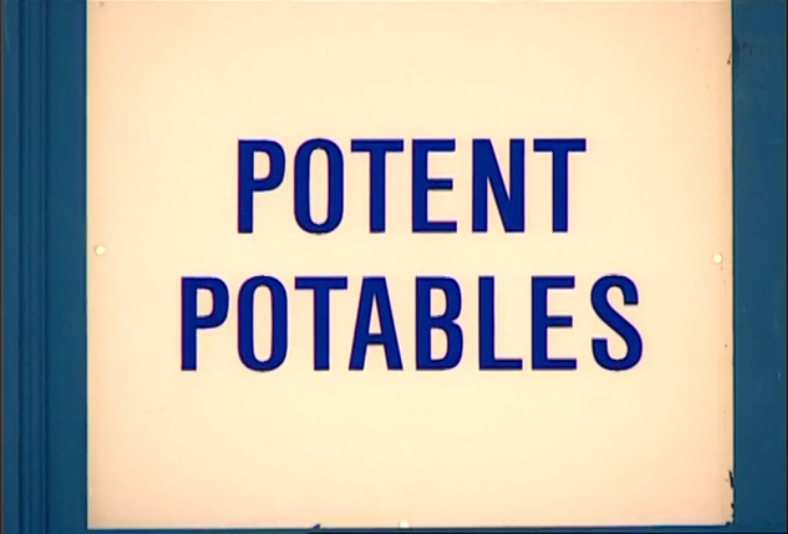 This drink is not for the weak-livered.  Given the name, I like to imagine it as something pirates would drink to fight off scurvy.  And because water was a commodity on the high seas, with rum being much more common to transport.  Add in some cognac and brandy and you'll have your own sea legs! 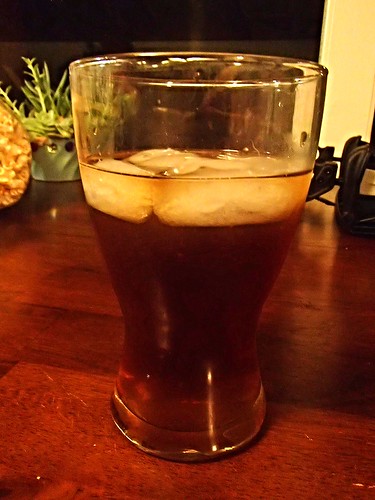