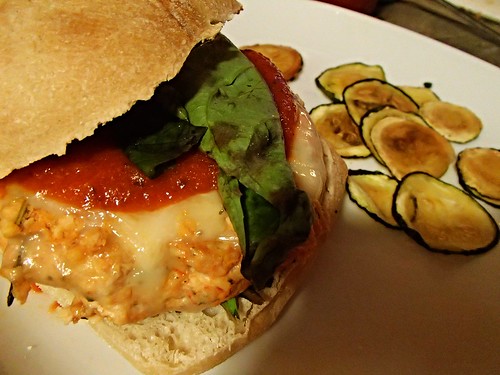 I was pretty disappointed in SeaWorld's Halloween event.  But that did not deter me from wanting to check out the park decked out in its Christmas finest.

Unlike Halloween, there was no gimmicky trick-or-treating, just lights, lights, and more lights.  Which is one of my favorite things about the Christmas season.  That and the music.

In order to take advantage of these lights, we headed to the park after nap, so we could be there into the evening. 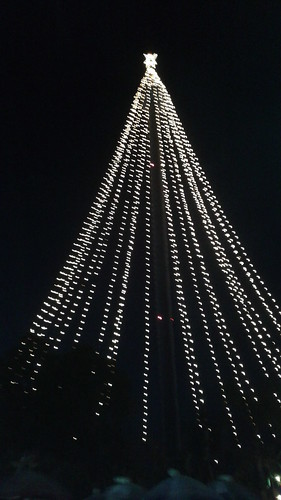 The 320 foot "Tree of Lights" which is recognizable to any San Diegan who drives on Interstate 5 is the largest Christmas Tree in all of Southern California.   During the nightly "tree lighting" the lights are syncopated to Christmas music. 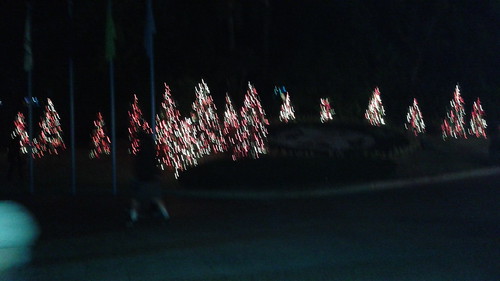 And there are Christmas trees throughout the park. 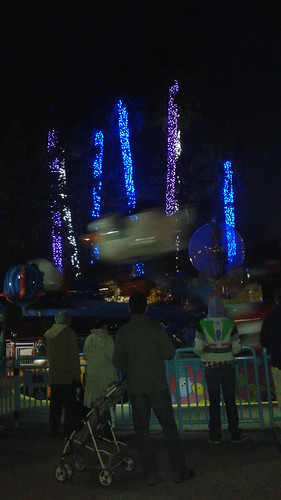 The palm trees throughout the park are also lit up, which lent an air of magic to the rides. 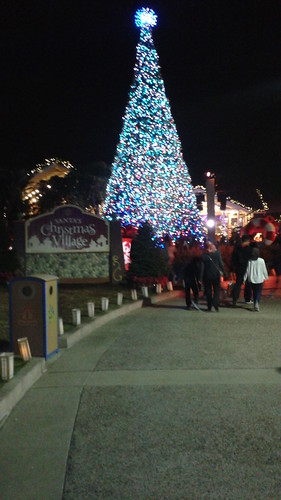 The biggest part of Christmas at Sea World is found in their "Christmas Village."  This is where the dancing Christmas Tree is, along with a dance floor.   We should have stopped here first, before dinner, but we didn't and we missed out on all the Christmas-y food.

This is also where Santa was hanging out, but Thatkid did not want any part in Santa. 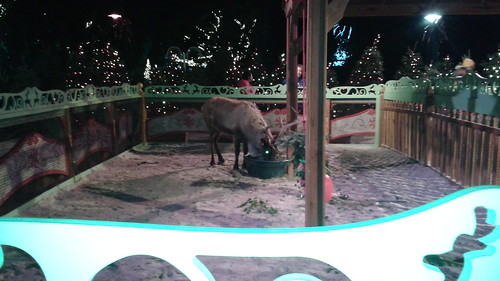 Although he didn't mind spending some time watching the reindeers!  I guess they're less scary than the man in red. 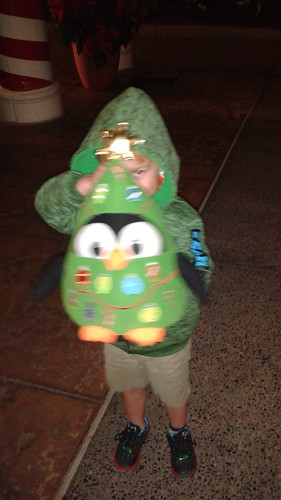 He also didn't mind playing some of the Christmas-themed games.  He's really good at these games of chance, if it's possible to be good at games like that.  Maybe he's just a lucky kid.  By the way, he named this guy "Christmas Penguin." 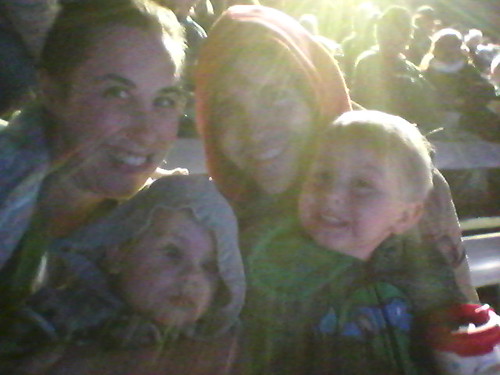 After my Halloween disappointment, this was a delightful experience.  One of my favorite Christmas memories of the year.  We had so much fun roaming around as a family - drinking  hot chocolate, listening to music, checking out the lights and animals.   We will definitely be back next year.

I mentioned that we missed out on some good food that evening.  We ended up eating tasteless chicken sandwiches from one of the regular Sea World establishments.  They were awful.  Thatboy's biggest complaint about Sea World is the food.  But really, he's a bit spoiled.  Because when we have chicken sandwiches at home they are bursting with flavor - cheese, basil, tomatoes, garlic!

Typically, our chicken sandwiches are made with chicken breasts, but I really like this ground chicken version.  Since ground chicken is usually dark meat as opposed to breast, it retains a lot more of its moisture and flavor.  It's also very easy to infuse the meat so that you're not stuck with a great crust, and tasteless middle.   This is a twist on the classic chicken parmesan, turning it into a chicken cheeseburger.  Easy to eat and beloved by all. 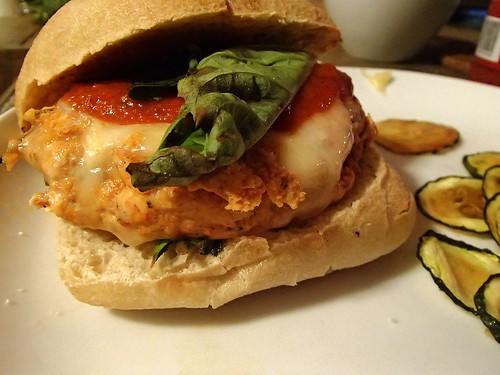