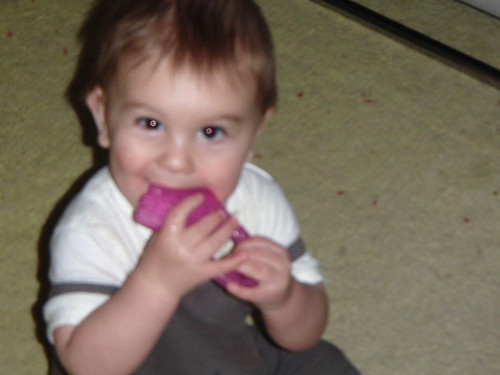 File this under "Oh how different my kids are."

Thatkid was not a drooly kid.  In fact, it's safe to say I can't remember him ever drooling.  We had drawer-fulls of bibs that went unused.


Unused that is, until Thatbaby was born.  And then, hoo boy did they get used.  Because Thatbaby drools enough for two babies!

At 4 months, Thatbaby drooled so much and gnawed on his hands so vigorously, that at his doctor's appointment, our doctor made a remark about how he was teething.

Now, this might not seem like a big deal to anyone else, but Thatkid got his first tooth at 10 months, so 4 months seemed insanely early to me.  And I said as much to the doctor.  He reminded me that every baby is different, and it takes about 2 months of teething before a tooth is seen.  He predicted we'd see a first tooth around 6 months.

And there was some relief in that, because Thatbaby's sleep had gone downhill, and it's easy to blame that on teething.  Except 6 months came and went - and no teeth.  Thatbaby is going to be 8 months next week, and he is still toothless!

This means we have been using every teething tool known to man for months, and I anticipate using them for several months longer.


We make frequent use of any of the teethers you can stick in the freezer.

I'm also not above resorting to junk science with the use of amber teething necklaces. 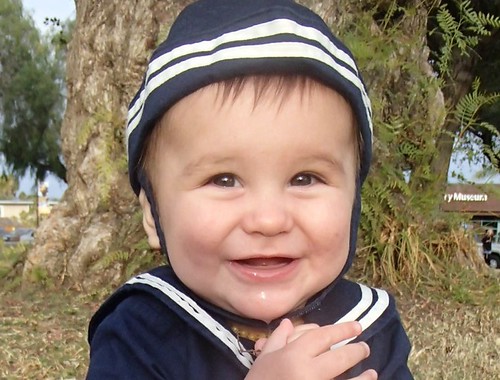 Do they work?  Who knows.  I mean, it's clear in the above picture that it doesn't stop the drooling.  But he does seem to sleep better on nights he wears it.  Thatkid was a fantastic teether and he wore one.  So at best, there's something to them.  At worst, how adorable is my little hippie boy?


Thatbaby's favorite teether is just about anything he can put in his mouth.  But he is especially partial to this one, which vibrates when he bites down on it.  It keeps him quiet in the car. 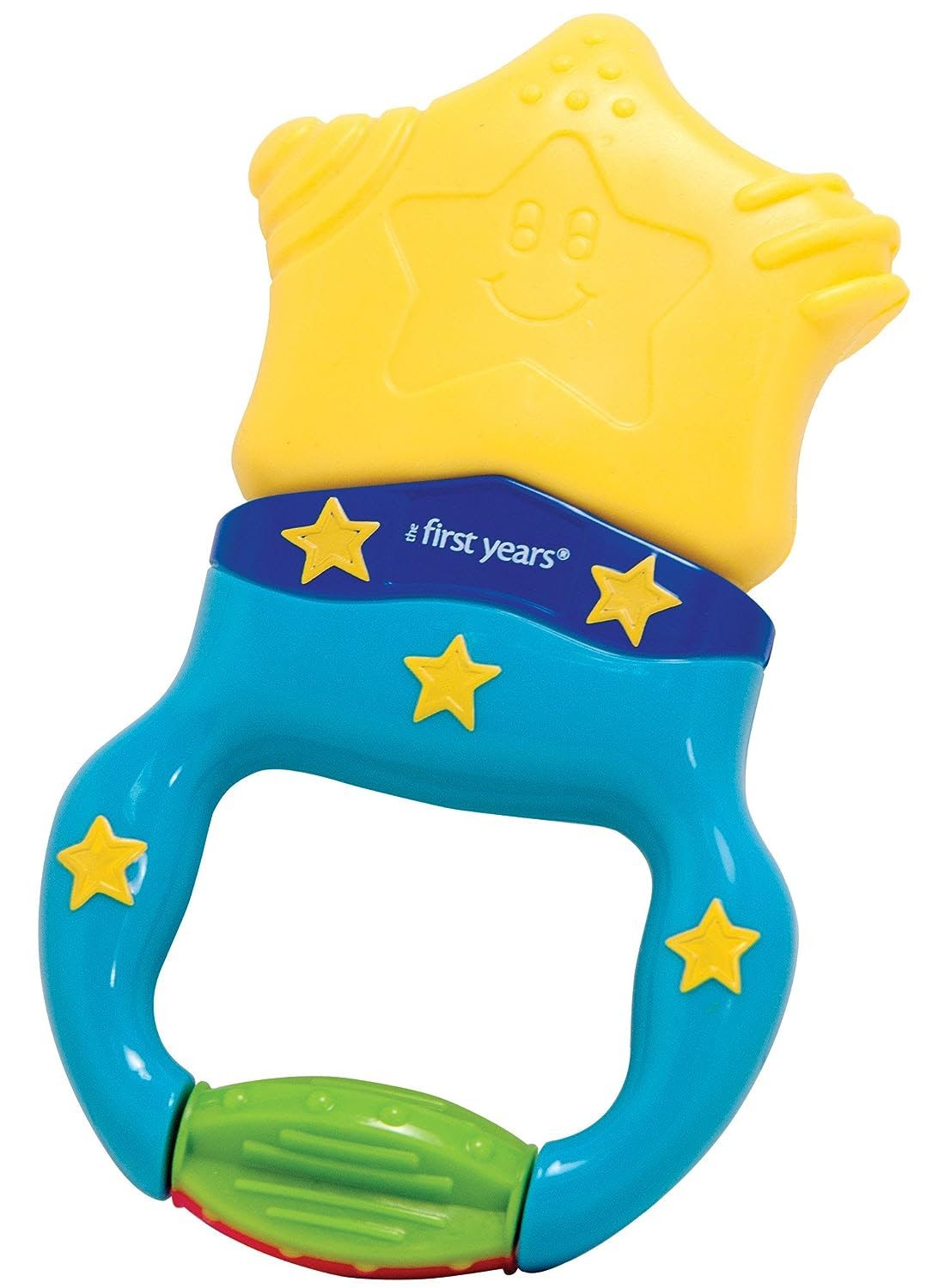 And while Thatkid couldn't care less for the ubiquitous Sophie, Thatbaby is thoroughly under her spell.  Like every other baby out there.

I'm hopeful we'll see teeth soon, but realistic that in this case, maybe my boys are more similar than in any other area.  Which means I have months of drool ahead of me!
Posted by That Girl at 1:00 AM