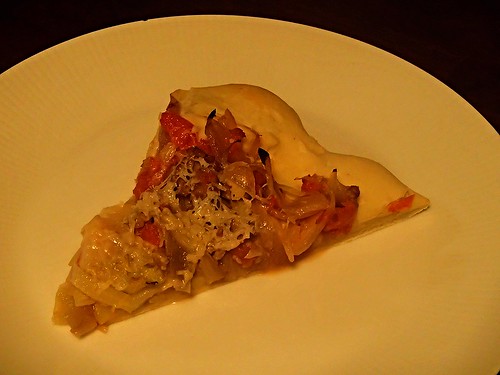 I vividly recall Thatkid's first experience with sausage.  It was the first time he ever had solid foods, at 6 months we gave him pancakes, sausage, and green beans.  It was turkey breakfast sausage and he loved it.  Love the sweet taste of the meat, the way he could hold the little link, everything about it.

He's not as big a fan of the spicier sausages, but he has liked the milder ones ever since.  And he especially likes sausage on pizza.  Even surprising us with his approval for spicier sausage than he would tolerate in something like pasta.  Pizza is kind of magical in that way.

This pizza was especially great for Thatkid since it makes use of a sweet turkey sausage, which started his love affair with food.  It also forgoes the typical white or yellow onion in favor of the red onion, which for some reason he also will tolerate.  (Sometimes.  He's a toddler, so every third Wednesday he may decide he doesn't like it.)  As I stated last week, Thatboy is always happy with meat on his pizza, so he also really enjoyed this meal.  Personally, I probably would have liked some more cheese, but I really liked the addition of the fennel.  It's such an undervalued vegetable, but really brings out a lot of different flavors when you use it.  And it's just as versatile cooked or raw! 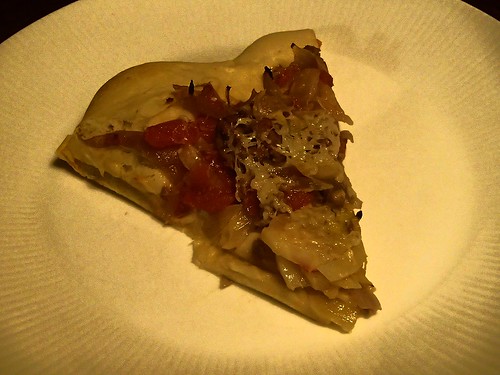