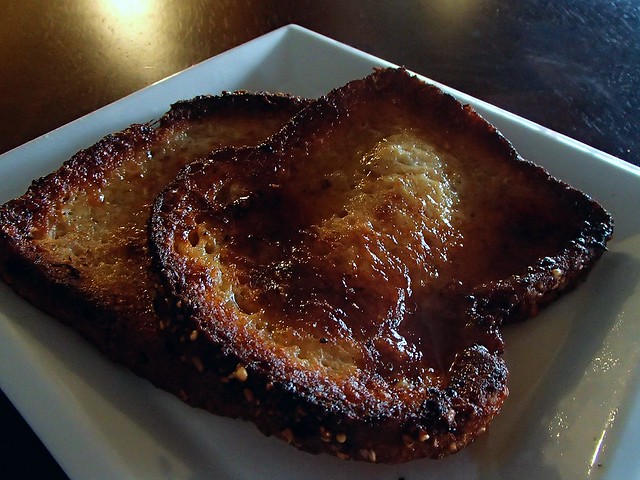 I'm going to tell you about a magical morning we had a couple of weeks ago, but first, some backstory.

Thatkid started out as a normal baby.  Sleeping normal baby amounts.  Meaning he'd wake up early, but end up going back to sleep again till a reasonable hour.  Until he didn't.  At first, we tried bringing him into bed with us.  And it worked.  It gained us an extra hour or so.  And then that stopped working.  We were officially stuck with an early riser.  6am is sleeping in.  This is even true on the weekend.

So you can imagine our amazement when one Sunday morning last month we were awoken not at 6am, not at 7am, but at 8:30am.  Let me say that again - 8:30.  A. M.   It is the latest Thatboy and I have slept in probably 2 years.  It was absolutely amazing,  Except for one small problem.  It had to be the one Sunday (maybe ever) that we had someplace to be at 9:30am.   A birthday party in fact.  N's birthday party!

N's birthday was a gymnastic party.  Which was great because the kids could expend a lot of energy.

The staff was great about helping the kids use the equipment.

And leading them through an obstacle course.  It was actually kind of impressive to see the 3 and 4 year olds following directions!

It took Thatkid a bit of time to warm up to the foam pit.  But once he did, he was a happy camper.  Funny that he's more than happy to jump into a pool, but a put filled with super soft, super safe pieces of foam?  Scary.

The kids had a great time.  And you'd think that Thatkid would have been tired out by his active morning.  But he wasn't.  He never is.

Because of our super short getting ready period that morning, breakfast consisted of cereal bars.  Something we could eat in the car on the way.  We keep them on hand for weekday breakfasts too.  I try to keep breakfast simple on those days, the fanciest I get is French Toast.  Which Thatkid will request so often that I'm teaching him to make it himself.  I don't have a real recipe - just a mix of eggs, milk, sugar, cinnamon, and vanilla.

When I saw the recipe for French Toast in A Homemade Life, I figured it would be perfect to try with Thatkid.  It has most of the same ingredients, but the method of making it is completely different.  Typically with French Toast I use cooking spray, just enough to keep it from sticking.  Burg's French Toast is practically deep fried.  Which gives it a really interesting consistency.  It's got a crispy outside, and a soft and tender inside.  I thought it made a nice change from the usual French Toast and Thatkid definitely enjoyed it. 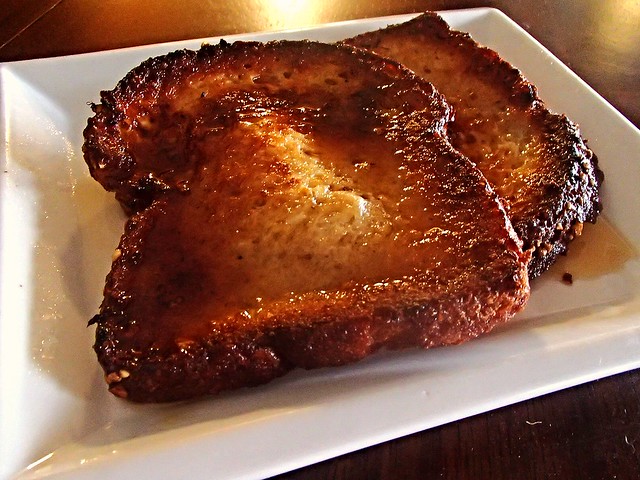