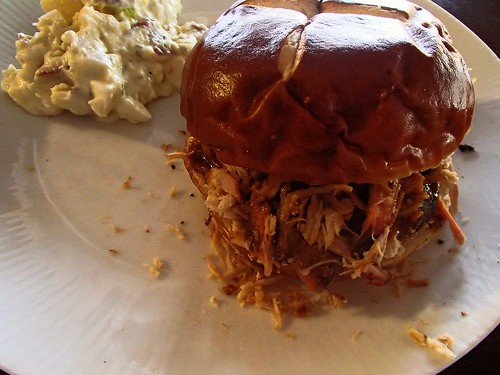 It's that time of year again - time for me to cook through another book.  I mean, it's not like I have anything going on.  And everyone should take on major projects their last month of pregnancy.

This time around it's Molly Wizenberg's A Homemade Life.  I have a little affection for Ms. Wizenberg, given that in my frame of reference she was the first food blogger to "go legit."  I mean, prior to the novel, I'd never heard of Julie and Julia.  But I knew Orangette long before it became a column in a real, honest to goodness magazine.

I'm only a couple chapters into the book, but so far it's very different than the other works I've cooked through.  The other books were memoirs or stories, with the recipes serving as call backs or punctuations.  This seems to be much more of a cookbook, with more detail before the recipes.   It doesn't read linearly each chapter really revolves around the recipe itself.  It's an interesting read in that it reads like a blog.  You can imagine each chapter to be a separate post.

The first chapter centers around Wizenberg's father's recipe for potato salad.  It was the perfect weekend to try it out, since it was nice and warm.  In fact, we spend a lot of it outside, getting sunburned.  Saturday morning we headed to a birthday party for one of Thatkid's school-friends.  We could see the bouncy house as we drove up, which was a good sign.

They also had all manner of balls to play with, which kept Thatkid ever so occupied.

And Thatkid is also becoming a pro with the pinata.

But the hit of the party was the food.  It was a summer-fest, with sweet cold watermelon and otter pops.  The kids had a field day.  Thatkid might have eaten his weight in watermelon.  And Thatboy and I each took advantage of the pops - which I haven't had since I was in the hospital having Thatkid.  It was the perfect prelude to our summer night meal which featured pulled pork and potato salad. 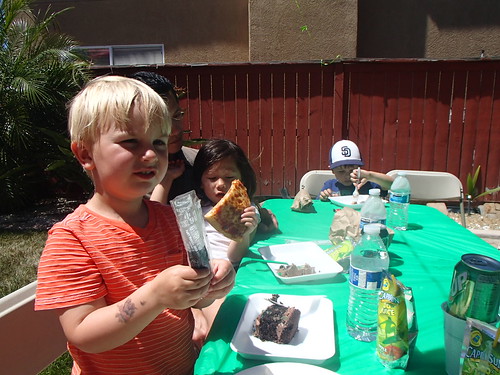 The salad itself was good.  Different from my typical potato salad in that the star ingredient was ranch dressing.  I will say that the methodology for making it did not work for me.  The potatoes somehow ended up cooking unevenly, so they were either undercooked or falling apart mushy.  And boiling the eggs?  This is a terrible method.  Following the instructions I ended up having the eggs in water for an hour that never came to a boil.  So I removed them thinking that probably wouldn't be good for the eggs.  And it wasn't.  They had that icky grey color from being overcooked and shelling them was a big pain in the butt.

So here's the recipe, with my method for the potatoes and eggs - which works so much better! 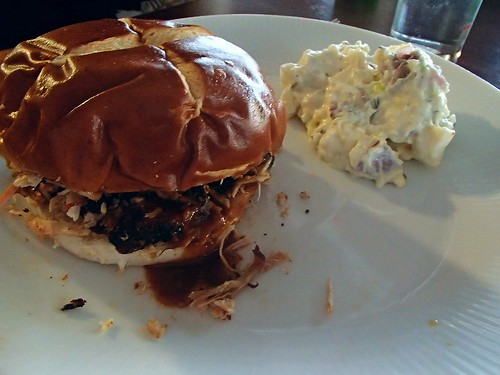