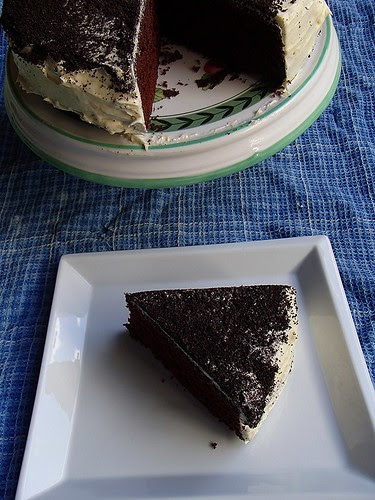 Now that Mustang and RB are living in San Diego, we get to see our family more often.  Which is fabulous.  Last weekend Knits and Petman came down to visit RB and we got to meet up with them for Sunday Brunch.

Since they were staying on Shelter Island, we met up at Jimmy's Famous American Tavern - which I had discovered when dropping Tesseract off one day when she was having brunch there.

The great things about J-FAT include their location, right on the water, the fact that tater tots are served with all brunch entrees, and a giant grassy area beside the restaurant for Thatbaby to run around. 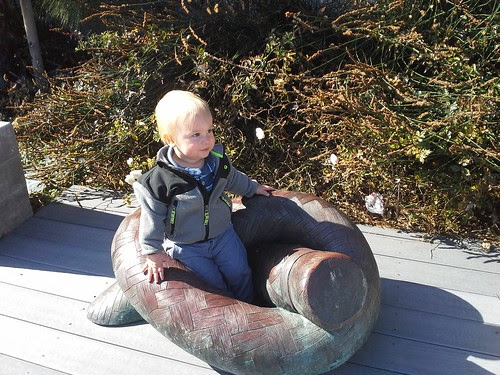 Oh yes, Thatbaby is a full fledged runner-arounder.  With his little arms flapping in the air as he goes.  And there are frequent moments of him being airborne before coming crashing to the earth since his balance has not quite met his desire for speed. 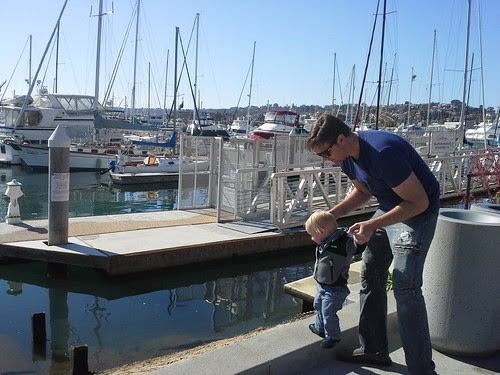 It was such a treat to have brunch with Knits and Petman.  I'm really so thankful they decided to move out to California.  I feel very lucky to have so much of our family close by.

Without the chocolate frosting, this cake isn't as rich as the other, but the chocolate cake aspect is unbeatable.  And this frosting really has the same flavor as the middle of the oreo - which is everyone's favorite part, right? 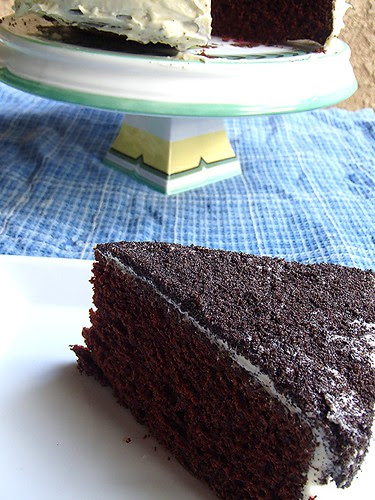