Telling You A Secret: Steak Fajitas 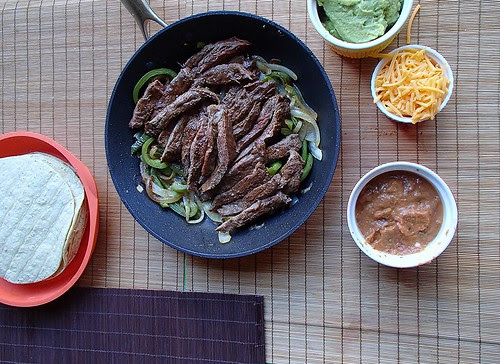 There are a ton of things no one tells you about having children.  Secrets of the parent-hood.  Of course there are things everyone tells you - You'll never sleep again, get rid of anything white, poop WILL end up on your wall.  And yet, people keep quiet about some very important details.

Did you know babies DO NOT sleep in?  Yeah yeah yeah everyone tells you about the sleeping through the night thing, but even once they sleep through the night, they often think that 4:30/5:30 is an acceptable wakeup time.

And once you have a child, you will never be able to order fajitas again.  I mean, sure, eventually you'll be able to order them, but not when you have a baby, or a small child, or a child of any age who thinks that a sizzling platter would be a fantastic place to put his hands.

I miss my fajitas.  I haven't ordered them since Thatbaby's been born for safety reasons, but there's something about mixing and matching fillings, and rolling them up to eat.

So I decided to make them at home.  Much safer that way, and even Thatbaby can enjoy with some help.  Grilled carne asada, sauteed peppers and onions, cheese, guacamole, salsa - the skies the limit! 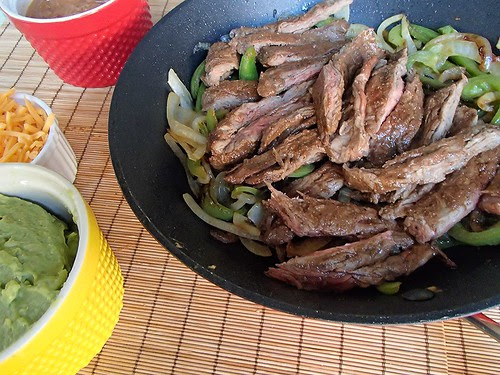