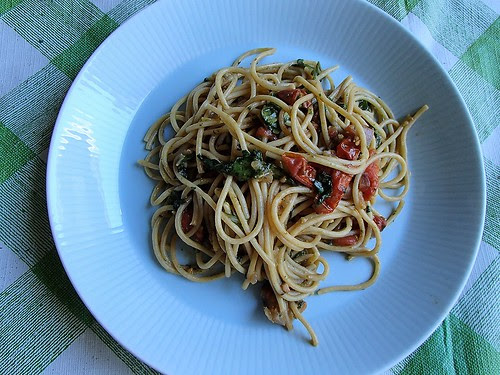 Christmas was kind to us.  But it didn't start out that way.  It started out fairly ominously - in fact, it was downright terrifying.  At least for Thatbaby.  TSIL had a Santa costume she convinced Thatboy to wear.  When he made his appearance, Thatbaby was NOT happy. 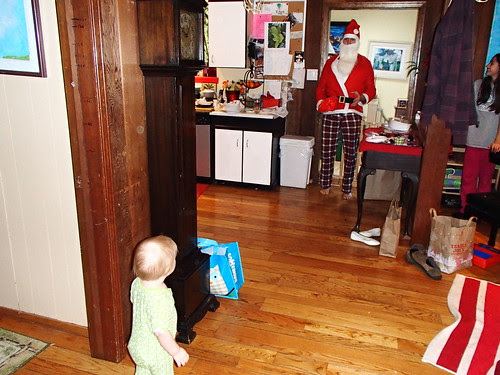 He clung to me, trembling and crying. And can you blame him?  What is the deal with some creepy stranger who breaks into your house at night?

Don't worry, Thatboy perked right up once that weird bearded guy left.  And then things got really good when he realized there were loads of presents.  It didn't seem to bother him that some weren't for him as he ran off with Thatboy's new sweater and my new apron.

Some of the presents were for him though.  And his hands down favorite? 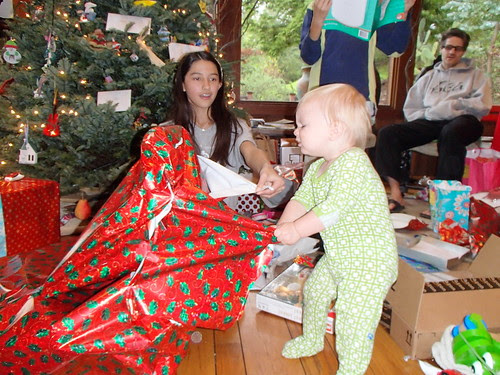 His new trampoline! He barely unwrapped it before getting on it and starting to jump.  And at least once a day he pulls it out and asks us to set up so he can bounce bounce bounce.  I think we have a bonafide boy on our hands! 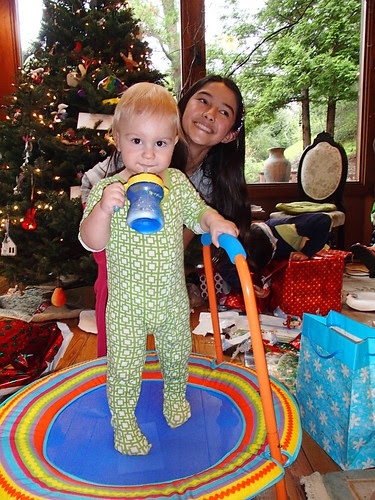 My friend Twofer has more than one bonafide boy on her hands.  She just had her second baby boy right before we left for the inlaws.  So when we got back, I brought them over some treats. 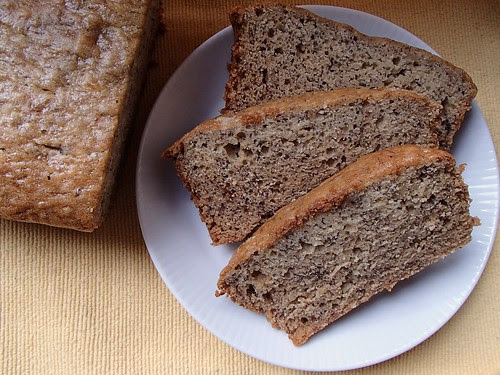 Spaghetti with pancetta, tomatoes, and spinach, along with a bottle of wine for dinner.  And banana bread for dessert.  Or breakfast.  Or snack.  Let's just say that when I had a newborn, there was a lot of banana bread snacking going on, so I knew she'd appreciate it.  By the way, this recipe makes 2 loaves, one for Twofer, and one for us!  We almost inhaled the whole loaf for breakfast the next morning 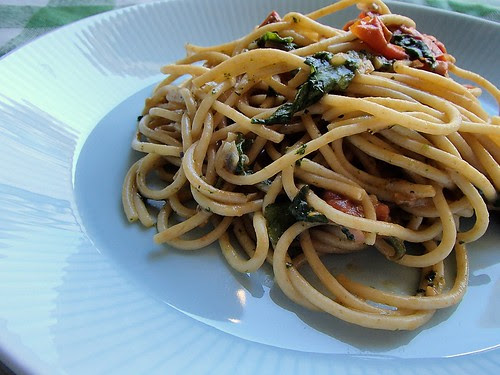 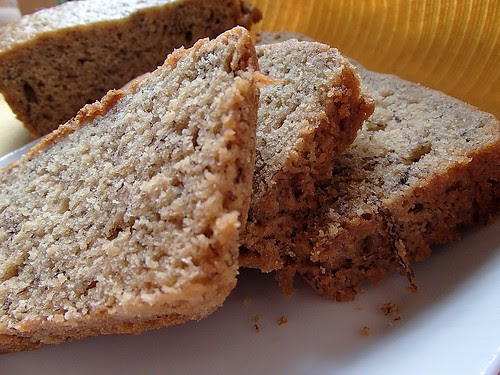