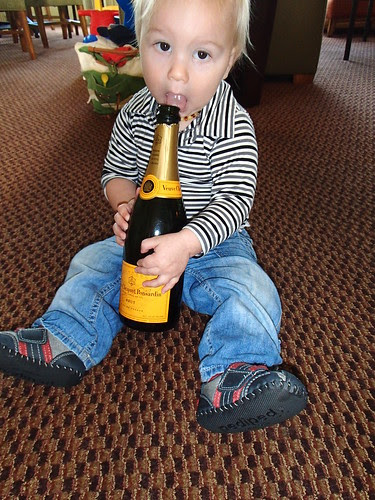 The New Year has been treating us pretty well so far. It started out when I got spoiled opening up my stocking. 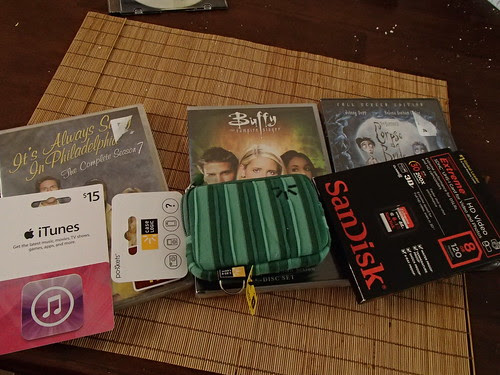 See, Thatboy and I have been together for almost 13 years. And I have spent all but one of those years spending Christmas with his family.  And although everyone else has a stocking, I don't.  So Thatboy and I started our own tradition of exchanging stockings when we got home from our Christmas trip.  This year was filled with all sorts of goodies for me, including a not pictured whisk which Thatbaby ran off with.

New Years itself we spent in Palm Desert with Thatmom and her boyfriend.  And I got a chance to cook a nice elaborate feast.  It's been forever since I've done that!

We started with some black bean and pancetta soup, which I didn't get a chance to photograph, but went over well with the whole crowd.

For the main course, Thatboy had requested a roast chicken, since it's been a while since I made one.  I was only too happy to accommodate. 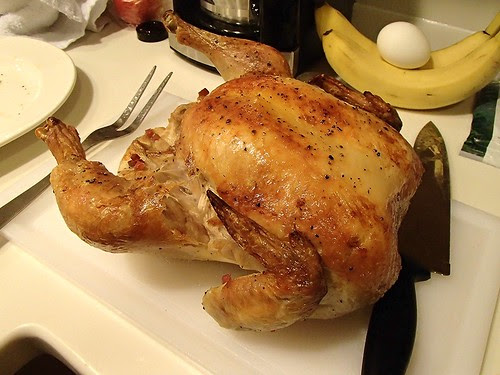 And since I was already roasting a chicken I thought I should make my life easy and roast some root veggies to go with it.  Especially since Thatmom loves roasted root vegetables.  This was a mix of carrots, sweet potatoes, and regular potatoes.  And a handful of pancetta leftover from making the soup. 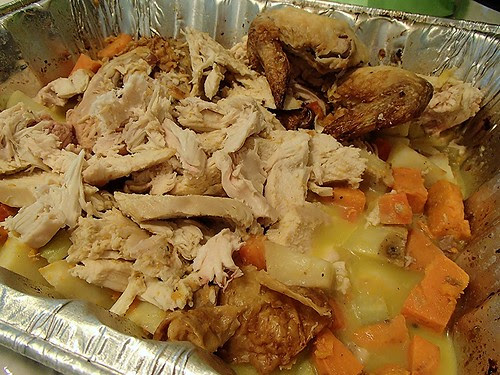 I also had the ability to make some homemade bread to go with our meal.  It's been a while since I've made bread - but it's one of my favorite things to make.  Although I prefer to do it at home with a stand mixer. 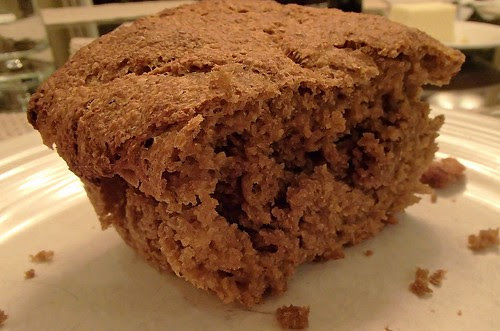 As usual, we went overboard with the dessert.  Thatmom picked up a bunch of pastries and a chocolate covered caramel apple.  And I made fruit compote and applesauce cake.  The fruit compote because it's easy - and would have been fantastic over some vanilla ice cream.  And the applesauce cake because Thatboy loves this cake.  Well, to be fair, he probably loves any cake with cream cheese, but he raves about this one every time I make it. 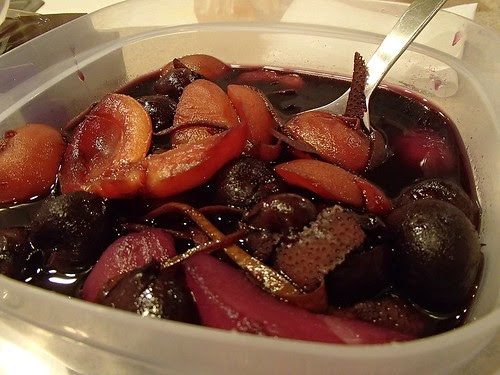 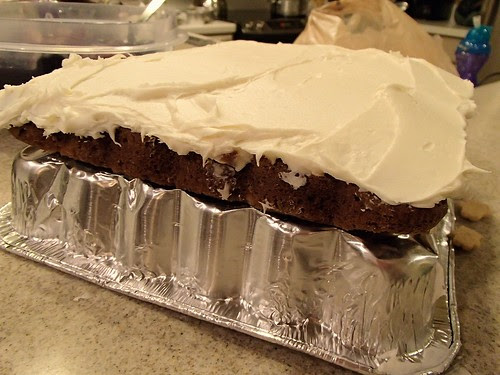