Hooray for Babies, and Nobabies

Let's divide the day into 2. First will be "pro baby" then we'll get into "I'm so glad I don't have a baby." Before we begin I should preface (oh come on, you knew this was coming). I do want kids some day. I love babies. I absolutely melt when I see this: 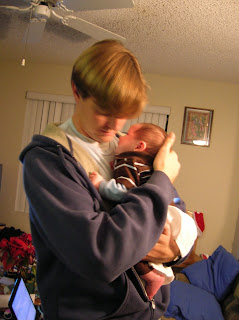 However, I want to wait till things are settled with us first. 2 jobs, a home, some time for the two of us, travel, before we get burdened with a life that can't take care of itself and is totally dependent and can't be crated during the day. I'm also not to keen on the idea of childbirth. I'm waiting for the day when an epidural can be given without needles.

My friend Lucy is due next month. NEXT MONTH! It's hard to believe that in a few short weeks she'll be one of those women with a stroller and bags under her eyes. She's so vibrant and full of love and life I know having a baby won't slow her down, but its still weird to think about. I mean it's always weird for me when my friends have babies because I really don't think of any of us as old enough to be "moms." I doubt I ever will. 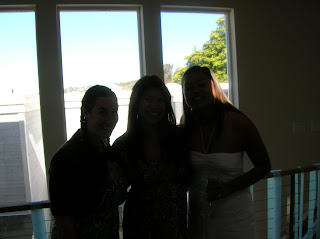 Kim and I headed to her shower yesterday which was so beautifully done. Think "shabby chic" meets "baby shower." Lucy's having a boy so everything was blue - but in subtle ways so you didn't feel like you were underwater. 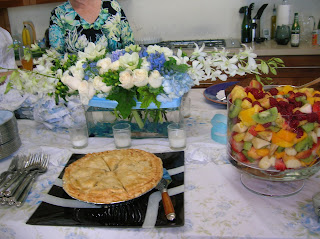 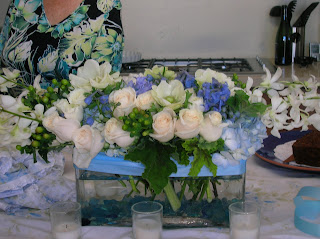 Baby clothes were strung on the wall - both cute AND practical. I don't think these were props - they're the real thing. 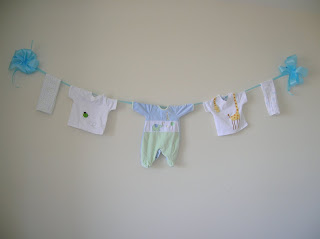 The food was great, but the highlight, as always was the Sprinkle's cupcakes. They always make any party. 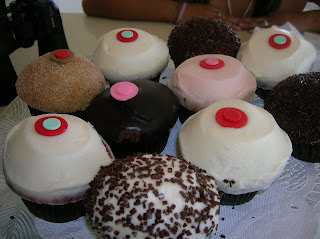 If you don't believe me. Ask Kim. 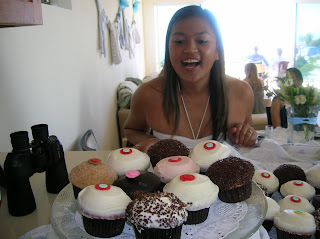 Lucy scored an amazing amount of great stuff. It almost makes me want to have a baby, except for the fact all the great stuff is for the baby - and I like it better when its for me. 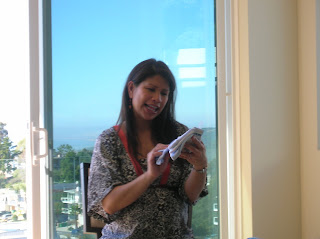 Kim and I went in on the gift together, trying to add a personal touch in addition to some ridiculously cute baby gear we picked up. We used the tools available to us. Kim used her brain and fine motor skills to create this adorable diaper cake: 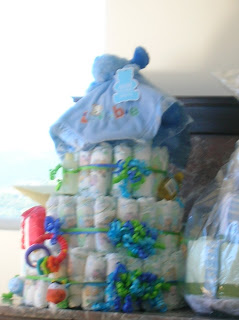 I used Jon's mad artistic skills to create some art for the baby's room. This picture: 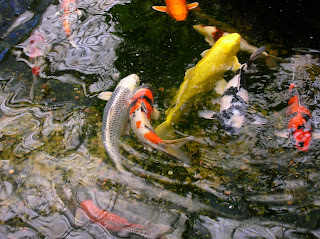 along with one of Lucy's maternity pictures became this: 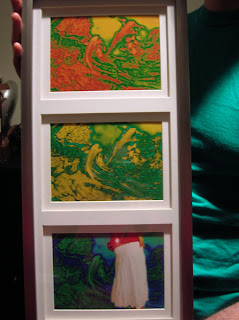 As much as I love/want a baby, there are times when I'm so glad its just the two of us. Last night was one of those nights. To celebrate the new job, Jon and I went out to La Fondue. It was dark, it was late, and there wasn't a crying/whining/screaming sound to be heard. Tucked away in a corner booth we were able to talk about things in our lives, where we were, where we are, and where we will be. We enjoyed salad, cheese fondue, and an exotic arrangement of meats which included buffalo, alligator, and ostrich. I'm so thankful Jon is open to trying new things, and he's equally lucky with me (although I recommended both the buffalo and ostrich since I'd had them before and really enjoy them). For dessert we had dark chocolate fondue with Baily's Irish Creme - a little different than the cookies and milk most children enjoy. Nights like this with the two of us remind me why I'm not in a hurry to add third (or a fourth if you count Ringo).
Posted by That Girl at 9:49 AM