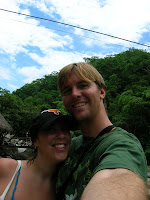 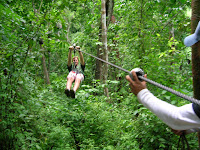 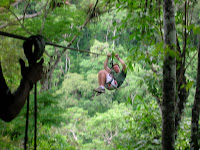 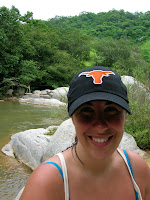 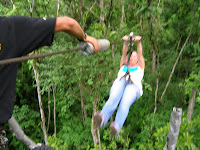 Canopy Tour
One of the reasons we chose to go to Puerto Vallarta was because of my friend Jessica's honeymoon pictures. And the "seal the deal" pictures involved her and her husband on a canopy tour - sailing between trees on cables. I did some research and decided on Los Veranos Canopy Tours because they had the most cables, the longest cables, and the highest cables. We took a shuttle to take us into the heart of the jungle. Unfortunately, because of the rain, there was a mudslide and the road was closed. No fear, we simply walked through the blockage and to the otherside where another shuttle was waiting for us. When we got to Los Veranos, they gave us a demonstration and harnessed us up. Jon and I were both a little scared, but I was the only one babbling. Once I got past the first couple of cables though, I kinda got into the swing of things and I was good to go. I soared over rivers and canyons - it was the coolest feeling. Even with 14 cables it was still over too fast. Jon's nerves started to show on the longest cable and he forgot the instructions to keep his knees pulled in. "Come look at your man" the guide told me. Jon was stuck in the middle of the cable, pulling himself by hand to the end. Poor baby. The guide gave him a lecture after. He managed to do okay after that, though the last cable was a race between the two of us and I won. 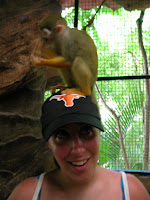 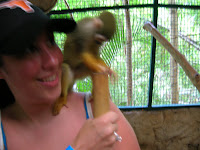 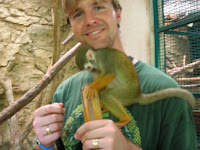 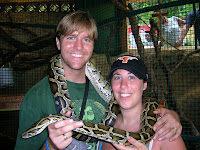 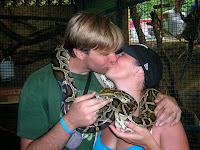 After the tour we had lunch beside the river. Then we went to the "animal room" where we got to feed a couple of monkeys and play with a boa constrictor. True jungle living. Definitely a once in a lifetime experience. 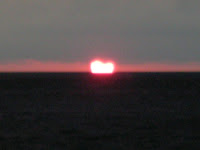 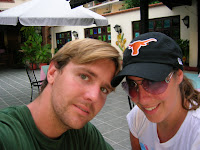 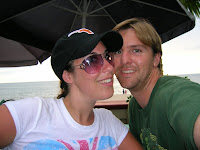 Yelapa
Originally, we had planned on doing a daytrip up to Sayulita so Jon could go surfing. But Jon had a surfing accident the week before we left and his back was in no condition for surfing. Instead, we planned a day in Yelapa - a fishing village only accessible by boat. We caught the water taxi there, and once there we hiked up to the waterfall. It was a great waterfall, thanks to the rain, and we enjoyed swimming in the pool at its base. We ate lunch on the rocks and then hiked through the village to the beach. The village is very small, but brightly colored houses dot the verdant landscape. When we finally made it out to the beach we understood why this has become such a hot spot. The green hills, turquoise waters, and white sands. We laid on the beach for a while before seeking shelter at one of the Palapa stands. We also met the pie lady and had an amazing piece of coconut pie. We were having such a good time, we almost missed the last water taxi home! Luckily we caught it just in time and took it back to Puerto Vallarta for a last walk on the Malecon. 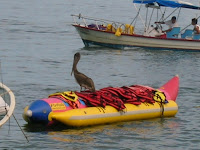 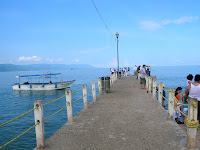 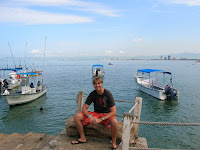 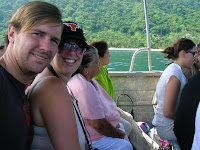 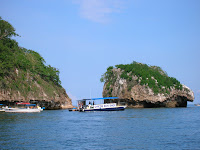 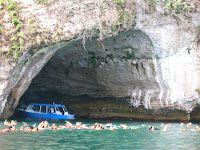 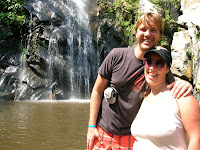 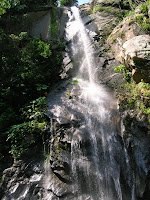 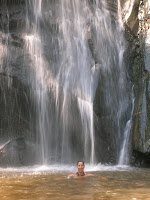 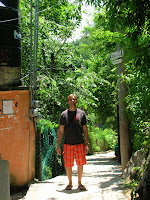 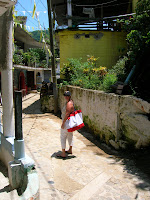 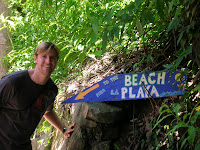 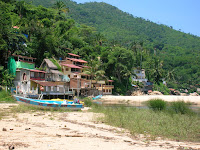 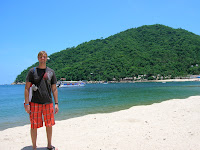 We spent our entire last day laying beside the pool and recounting what a wonderful trip we had. Mexico is beautiful, the people are warm and friendly, and the trip was such a nice break. I definitely recommend Puerto Vallarta because it has something for everyone. Families, couples, and even groups. Maybe All-Inclusive means more than just food and drink!
Posted by That Girl at 3:46 PM