Padres and Pancakes: Pancakes with Pancetta and Maple SyrupP 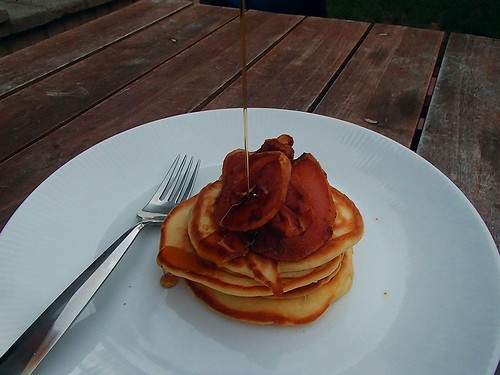 Baseball has taken over our lives right now.  Thatkid has a baseball game twice a week, once during the week, and every Saturday.  He loves it.  He loves seeing his friends and he loves the game.  Earlier this week after work he and I were tossing the ball around in the back yard.  He told me we were professional baseball players.  I informed him that until someone started paying us, we couldn't really be considered professional. 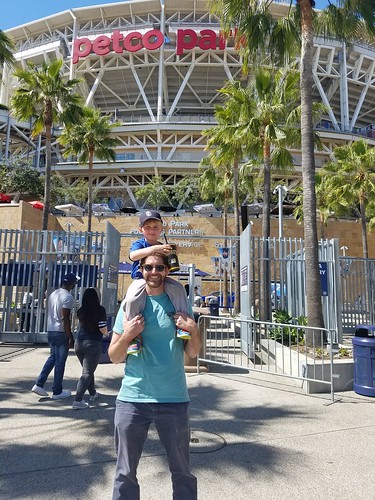 Sunday was "Pony League Day" at Petco Park.  Which meant all the little league teams were invited to the field for a parade and a game.    Each team paraded around the field. 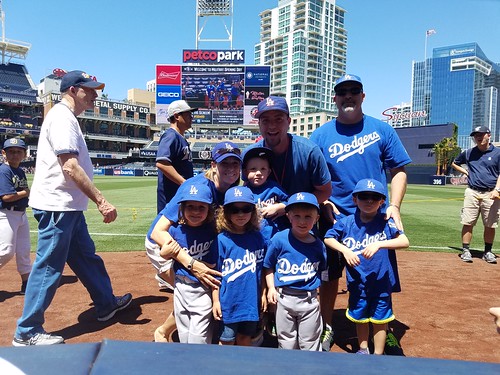 After we saw Thatkid, we headed up to the nosebleeds to our seats. 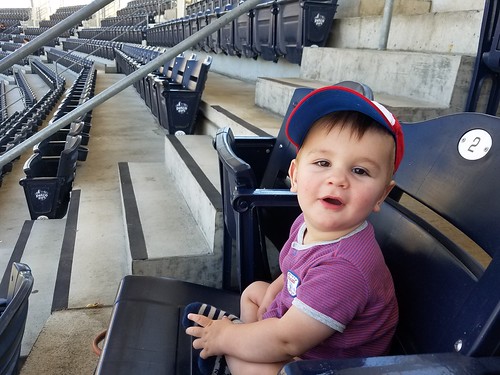 We were pretty high up, but we had an amazing view of the field. 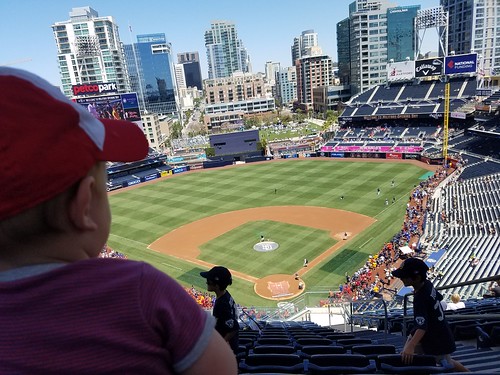 Eventually the rest of the rugrats joined us.  There was a lot more horseplay and eating junk food than game-watching.  But Thatkid said it was the highlight of his weekend. 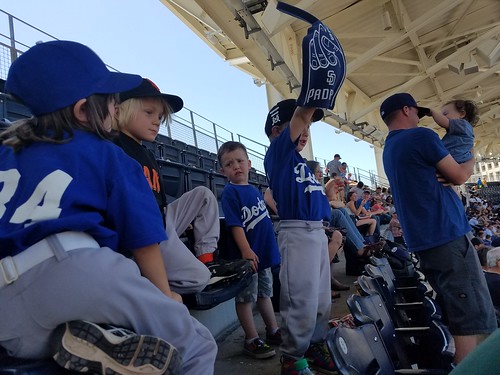 This weekend has more baseball, but also marks the beginning of Passover, so we've got a couple of seders on top.  Which means I've spent this week trying to load up on my favorite flour-y foods.  Breakfast for the next week is going to be mostly yogurt, so this week is all about waffles and pancakes.

Pancakes with bacon are a pretty well known thing.  But what do you think about pancakes with pancetta?  Brilliant idea right?  Pancetta is like fancy bacon anyway.  These pancakes are dense and thick, which pairs well with the salty meat.  And the salty meat is perfectly complemented by the sweet maple syrup.  While normally I'm not a huge fan of maple syrup on pancakes, I really like the combination of these flavors together.  I'm going to miss it next week! 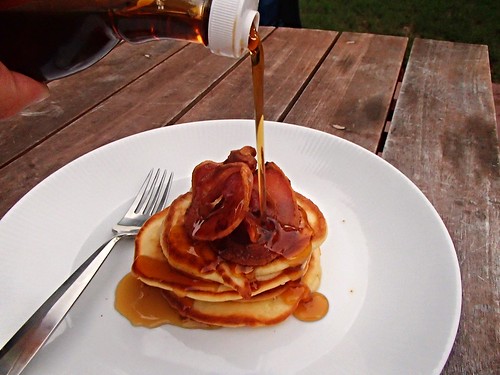