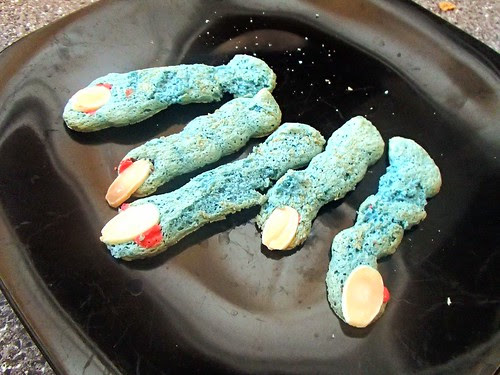 We started off Halloween morning with a BOO!  This was a last minute brainstorm of mine, make a themey Halloween breakfast.  At the store, I picked up a ghost sippy cup, and we went from there.

After work/daycare we rushed home and got changed so we could head over to the Jurisslaves for a little trick-or-treating.

The boys had so much fun going door-to-door.  Thatbaby was pro at the "TRICK OR TREAT" yelling.  Jurisbaby was on top of the "Thank Yous."  They made an excellent pair. 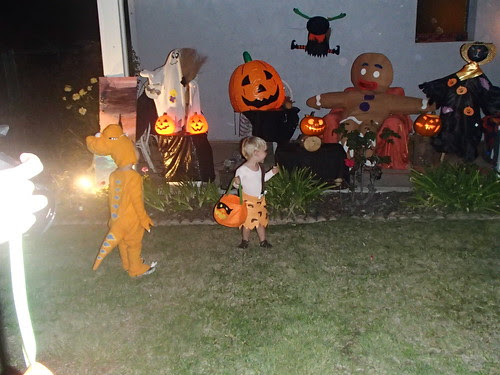 As an aside, we've been prompting Thatbaby so often, that he now believes the appropriate response to being given candy is "Thank you so loud."

After we'd been to a fair amount of houses, we headed back to the Jurishouse, where Jurisbaby led everyone in an impromptu dance party.

And the boys happily ate candy and played with cars until it was time to go home.

And because I can't go anywhere empty handed, I thought I would bring over something seasonal and fun.  I was planning on making "lady finger" ladyfingers, but when I asked Thatboy if I should make them finger colored or green monster colored Thatbaby chimed in that they should be blue.  So blue they were. 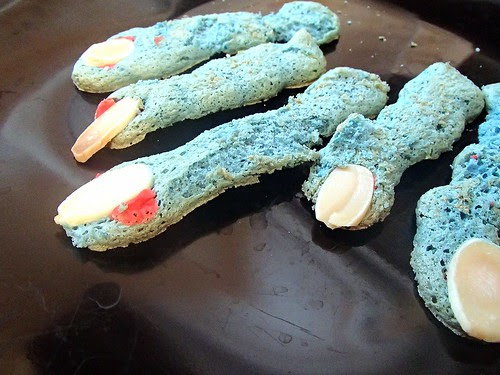