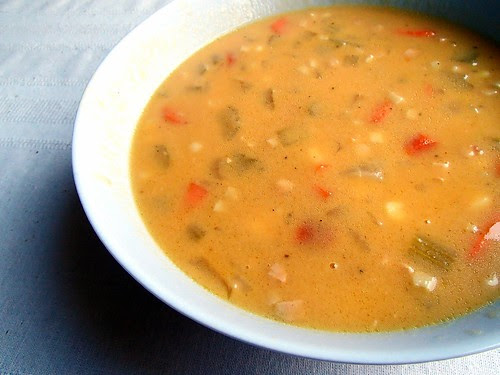 We don't go to the Children's Museum nearly enough.  I realize this every time we visit.  It's the perfect place to let Thatbaby run wild.  Every exhibit captures his attention and imagination.  It's so hard getting him to leave.  He would live there if he could.

One of the perks of being members of the Model Railroad Museum is that we have free entry to the Children's Museum this month.  On Saturday we went to check out their current exhibit:  Feast, The Art of Playing With Your Food. 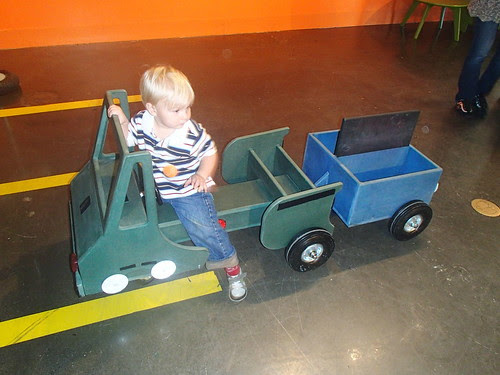 For a kid that loves cars and trucks, their "Design Your Own Food Truck" exhibit is sure to be a hit.  Thatbaby wasn't too interested in designing his truck, but he loved driving it around. 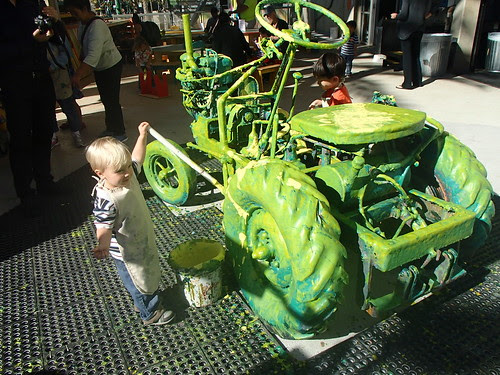 As usual, there is always something gigantic for painting.  Because of the current exhibit, this time it was a farm scene.  Complete with a tractor.  It's so much fun to let Thatbaby play with paint in a big way without worrying about my house getting destroyed. 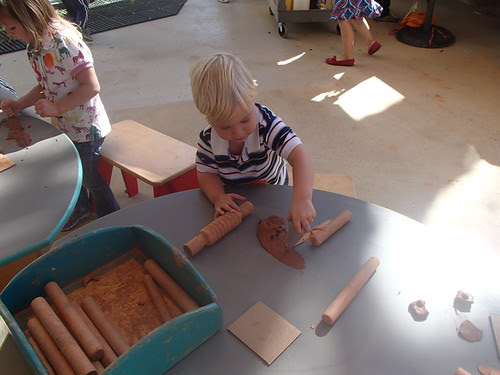 At the clay station we got a chance to get someone else's tables covered in sticky stuff.  Thatbaby liked making balls and airplanes. 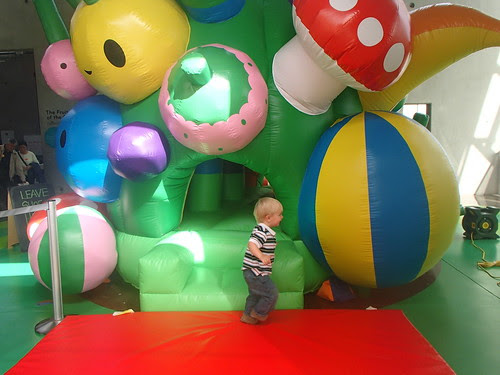 There was a giant bounce house, which Thatbaby loved (surprise surprise). 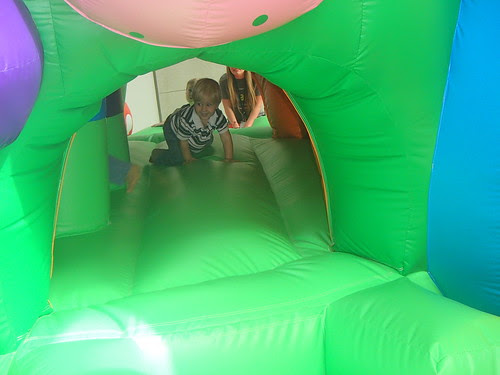 Except he didn't quite understand how it worked.  Usually he loves to bounce in a bounce house, but perhaps because this one had an entrance on both sides, he spent the entire time crawling through it, then throwing himself out of it. 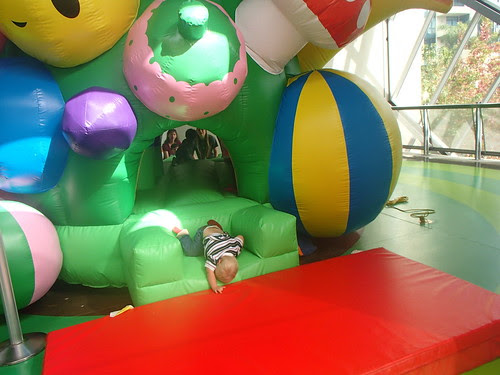 And then running around to do it again. 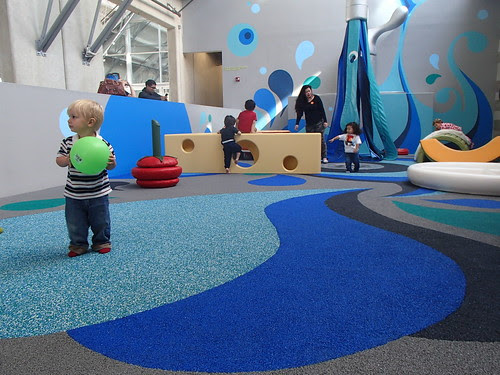 The indoor playground was full of fun things to climb on and through.  There was a melon rocker, a watermelon boat, a giant faucet, a celery stalk tunnel, a slice of swiss cheese.  But because my child is nothing if not predictable, he managed to occupy himself with one of the many balls that were floating around.  In a "wow, maybe he's smarter than I thought" move, he figured out that if he sat on the ball in the giant orange slice, he would be tall enough to look out, instead of spending his time staring at the walls. 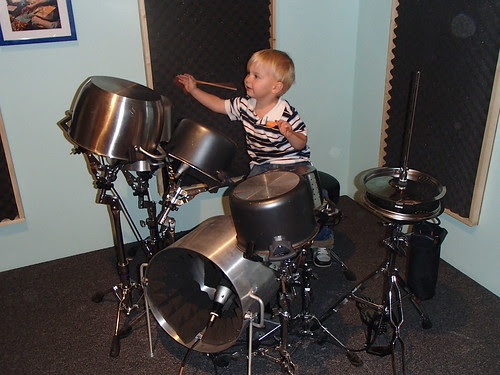 When we got to the music room, a room filled with instruments made from kitchen objects, Thatbaby honed in on the drum set.  We had to wait around until it wasn't being used, but as soon as the seat was open, Thatbaby made a run to play on the pots.

It was a long day for Thatbaby, but a lot of fun.  And the weather ended up being very cooperative.  Bright and sunny while we were at the museum (which was especially good after Thatbaby doused himself with the soap from the bubble station).  As we left, it started getting cold and dark.  Which was fine with me since I had planned soup for dinner.  I feel like it's a fitting fall soup since it's filled with root veggies like potatoes and carrots.  And I liked that I could leave it in the crockpot while we were at the museum and just add the creamy part of it once we got home. 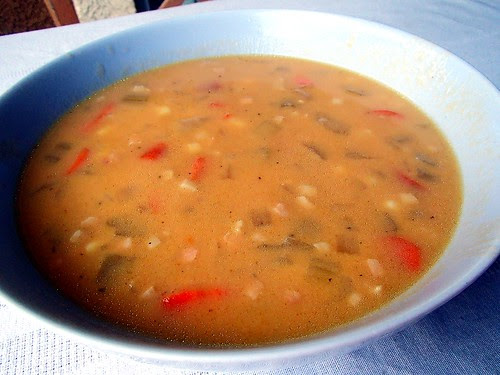