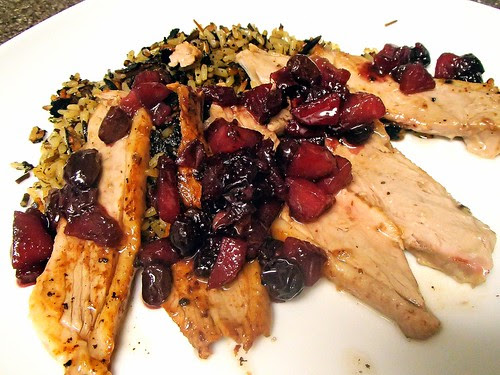 Growing up, I was a spoiled child.  Not in the sense that I got whatever I wanted, but in the sense that seemingly exotic foods were relatively commonplace in my house.  I was shocked to learn that not every child was privy to lobster several times of year.  And duck?  Well duck also made a fairly regular appearance in our home.

But duck was always prepared in the Chinese style - Peking Duck was one of Thatdad's specialties.  I'm a little more simple, if one can call duck a simple dish.  I like mine roasted.  So roast duck is one of my "special treat" dinners.

Roast duck on it's own is phenomenal.  The fatty skin imparts such great flavor into the rich duck meat - a flavor I always feel is a mix between chicken and steak.  Topping it with a sweet and savory chutney that also has a bit of spice only plays off of these rich flavors.

And Thatbaby is certainly on his way to becoming just as spoiled as his mother.  He gobbled down this duck (gobble?  duck?  you don't quack down a duck, right?) as fast as he could get his little hands on it.  In fact, he completely ignored his rice, which is something that never happens. 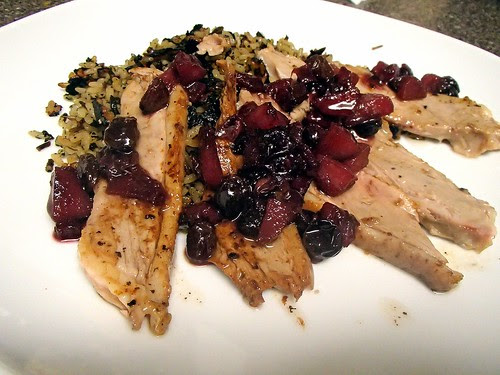