I'm going to stop doing monthly updates, because really, they could go on indefinitely and 2 seems like as good a time to stop as any.

But that means I can use this as a time to update you on our big accomplishment this month - the dropping of the pacifier! 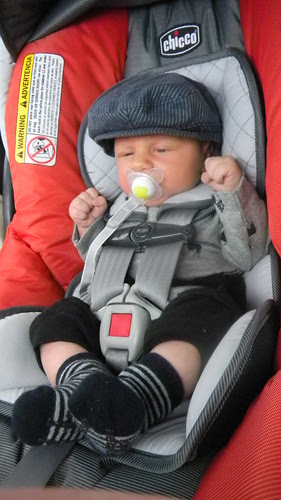 When I was pregnant, the breastfeeding class we took cautioned us to wait before starting with the pacifier.  The hospital where I gave birth reinforced this idea.  For the first 3 weeks, we were advised to instead offer a clean pinky for him to suck.  And so we did.

At 3 weeks, we introduced the pacifier.  I'd like to say he took to it like a fish to water, but it took several attempts at different pacifier brands before our picky little guy found the one he liked. 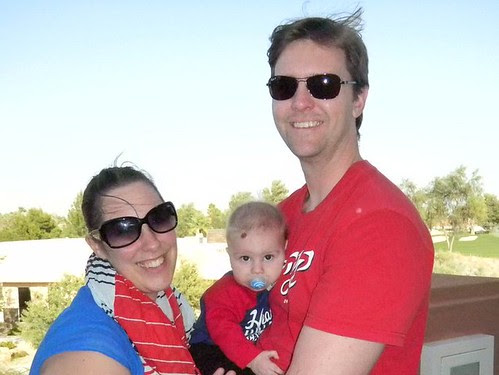 We wanted to introduce the pacifier to curtail any attempt at thumbsucking.  Both Thatboy and I sucked our thumbs.  We both sucked our thumbs for a very very long time.  And we both had ill effects.  Thatboy describes his teeth as "jacked."  As for me, when they finally got me to stop sucking my thumb, I had to have both an expander to widen my jaw as well as braces to correct the overbite caused by thumbsucking.  So a pacifier it was!

At first, Thatbaby used the pacifier a lot.  Especially when he was anxious or sleepy.  Eventually it got relegated to just the carseat and sleeping times.  He just didn't need it during the day.  And then one day I forgot to bring it with us in the car, and we stopped using it in the carseat.  Before he was a year old he was only using the pacifier at naps and bedtimes. 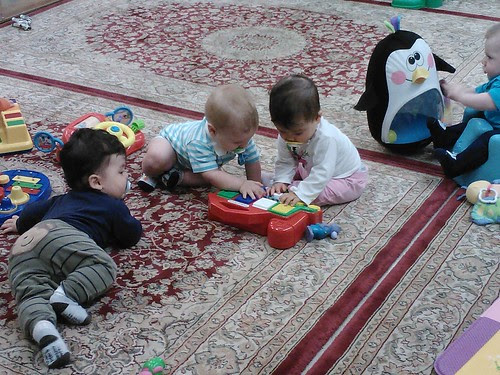 Once Thatbaby turned two, we thought maybe we should start the weaning process with the pacifier.  Because it worked so well with breastfeeding, we thought we would drop each "session" separately, starting with the nap.

It did not go well.  Thatbaby completely agreed he was a big boy and didn't need his pacifier.  Until it was actually time for nap.  Then there was mass hysteria as he cried for his pacifier, cried for whichever parent wasn't in the room, refused to sleep.  We thought it was wise to try this on the weekend, so that his teachers didn't have to deal with him not sleeping and disrupting the entire class.  But after 2 weekends of minimal napping, I sought the advice of the experts - his daycare teachers.

I told them the problem and they promised to help.  When I worried that he would ruin everyone else's nap, they said if he threw a fit they would give him his pacifier.  I got an email from then in the afternoon saying that they had no problems with nap time.  They pointed out he was a big boy, and pointed to his other friends who don't use pacifiers.  She mentioned it would be easier at daycare than at home, because we couldn't point out other people not using pacifiers.

She was wrong.  Just a few days after he stopped using the pacifier at daycare he announced to Thatboy at bedtime that he was a "big boy" and "no pashow" (his version of pacifier).  We haven't gone back since.

It's funny, it's so similar to stopping breastfeeding.  At first there were tears and bru-ha-ha, and then like magic, he was just fine with it.
Posted by That Girl at 1:00 AM