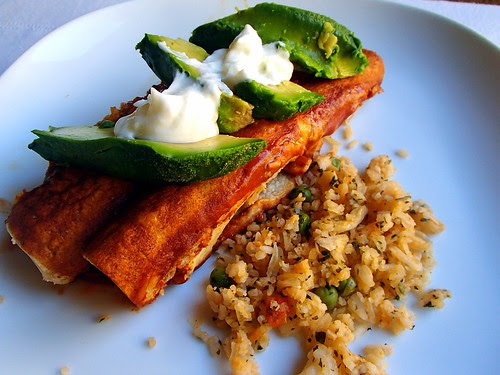 Well, we finished another round of swim lessons!  For his last class, Thatboy sat on the sidelines and I took to the water.  We worked a little on independent swimming, with pool noodles tied around the kids to help them float.  We also worked on letting them jump in the pool unassisted with the noodles to help them float.   Thatbaby's very last jump was without holding my hands, so I was terribly proud of him.  Thatboy on the other hand was disappointed Thatbaby wasn't swimming on his lonesome.  "The description says they'll swim unassisted by the end of the class."  I pointed out that Thatbaby was at the very bottom of the age bracket for this class, he only attended 3 of the 5 sessions (since he was in the baby class for the first and we missed a week while we were in Yosemite), and only one of the other kids was really "swimming."

After Thatbaby's nap, Thatboy wanted to spend some pool time with him, so we headed down to our pool to play. 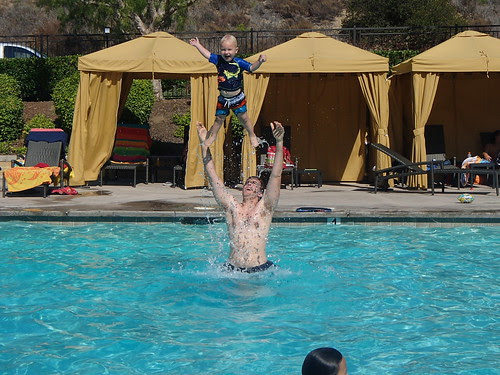 Thatboy kept telling Thatbaby to watch him do "submarines" where he swam under water.  Thatbaby was delighted by this, calling them "tunnels" and asking Thatboy to do more.  Then he wanted to do "tunnels" too.  So we'd bring him under the water and back up.

But then Thatbaby wanted to go a step further.  He wanted to do tunnels all by himself.  We had been playing on the stairs, going up and down by himself, when he decided he wanted to do more by himself.  And so he dove into the water, kicking his feet toward Thatbaby who was standing at the bottom of the stairs.  Not a far distance, but hey, for independent swimming you've got to start somewhere!  I had the camera with me, taking pictures of their big jumps, and so I quickly captured the fun on video.


And some stills in case you don't want to watch 8seconds of adorable baby swimming. 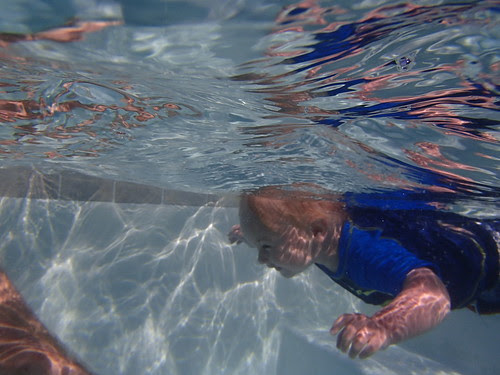 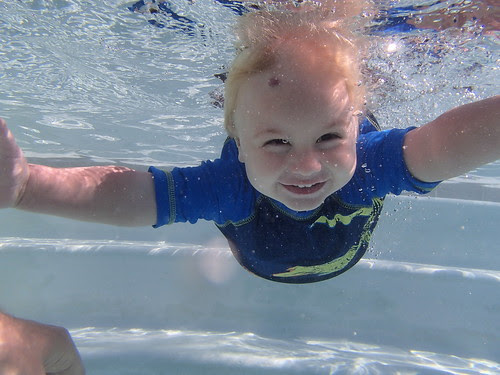 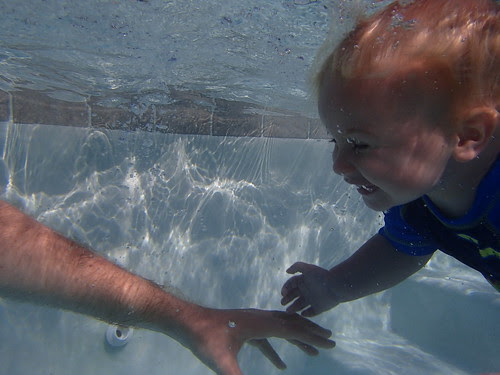 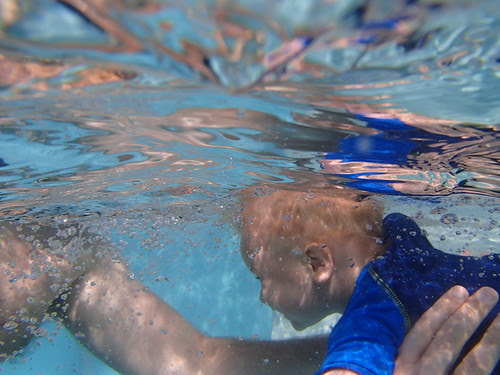 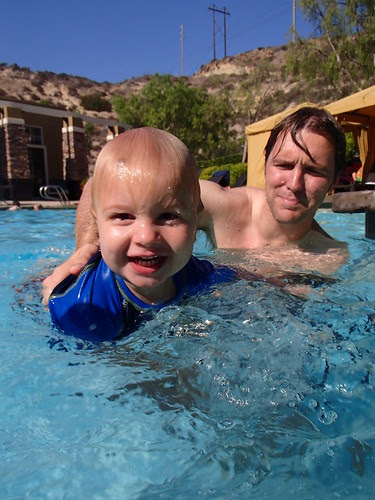 We celebrated with enchiladas, because Thatbaby loves enchiladas.  If you've been reading my blog for any length of time, you've seen enchilada recipes before.  And you've probably noticed that I tend to make my own sauce most of the time.  Not for any good reason, just because, why not?  You know why not?  Because sometimes you don't have the time to make your own sauce.  It is a bit time consuming with the roasting of chiles and simmering of sauce.  So as an alternative, I picked up a bottle of Trader Joe's enchilada sauce and used it to make these enchiladas.  It's got a bit of a kick to it, which I like.  And it doesn't taste like bottled sauce, which I love. 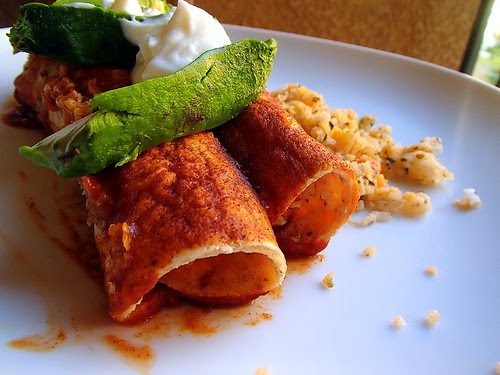