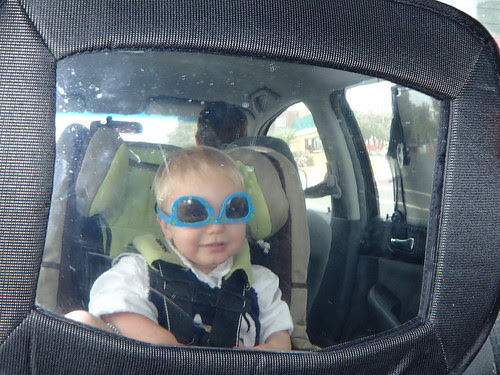 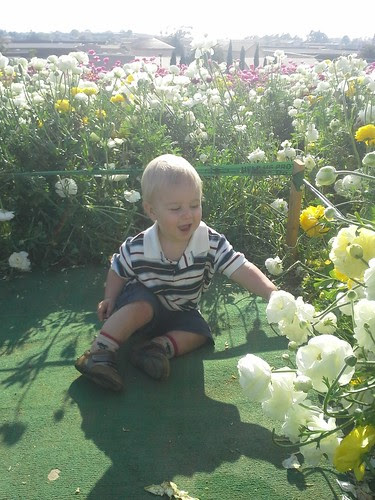 Sleep: This month Thatbaby has thrown us for a loop and decided that sleeping in is for losers.  So he's been getting up between 5 and 5:30, instead of his usual 6:45-7.  So of course, that makes us a little on the tired side.  All.the.time.  And since moving into the toddler room at daycare his naps have shortened from 2 hours to about 90 minutes on a good day. Between the early wakeups, and short naps, sometimes the evenings here are less than...fun.

Eating: We've started the weaning process.  It is not going as easily as I anticipated.  In fact, it's been downright hard.  Combined with the early wakeups, mornings have been less enjoyable.  The original plan was to drop a nursing session a week.  So week 1 - morning session, week 2 - evening session.  Welp, it's been over 2 weeks and we're still trying to get him comfortable with the lack of morning nursing.

Best Moment: Legoland!  For real, it was so much fun to see his face light up and the success of the rides.  In some ways it was all I anticipated, in other ways it was better.


Really though, he's really fun lately.  Singing, dancing, skipping, laughing.  There's probably a favorite moment every day.  Like today when I wiggled my eyebrows at him and he started blinking furiously back at me. Or when he turned the stepstool into a seat/table combo by sticking his feet through and sitting on the bottom step and putting his bowl of grapes on the top step. 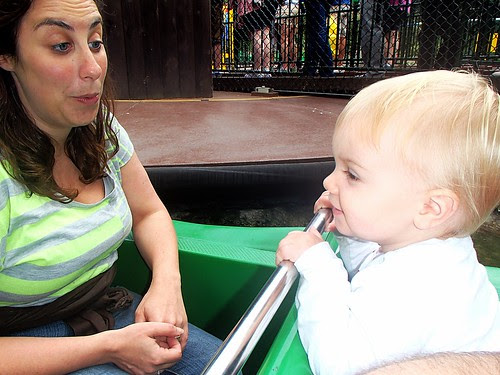 Monthly Wisdom: I enjoy having a toddler SO much more than an infant.  Don't get me wrong, when I visited M and her new baby I cooed over him.  He's so tiny and adorable.  But he's not really...fun.  And Thatbaby is fun.  Toddlers are a mess of trouble.  They start having a will of their own and they want to express it.  They have tantrums.  They're difficult.  They're perverse on purpose.  But they also are so entertaining, and that really makes up for it.

Things Thatbaby is doing:
-  Lots of words.  We've lost track.  He's getting very into repeating everything you say, as well as using words you ask him to repeat.  He also has his own language with words he repeats that we have no idea what they mean.
-  Skipping.  Kind of.  His own version which looks a little like a canter - with bouncing from one foot to another.  But it's definitely his attempt at skipping, because he responds when you start singing "Skip to my Loo" while he does it.
-  Swing regression.  Thatbaby is OBSESSED with his old swing.  He likes to sit in it, but moreso he uses it as a radio.  He goes and turns on the music button and starts dancing.
- Yeah!  Last month he was all about "NO."  This month he likes to say "yeah" to everything.  A-dorable.
- Singing.  He actually sings along with songs like "10 in a bed,"  "5 little monkeys,"  "Slippery Fish" and "Rock the Casbah."
- Bubbles.  Thatbaby has been into bubbles for a while, but now he's actually able to blow them!  Sometimes.  Still hit or miss.
- He gets his own shoes and socks to put on each day, although still needs help doing it.  He also gets his lunch box out of his cubby every day when I pick him up from daycare.
- Chores - Thatbaby likes to help unload the dishwasher and walk Thatdog. 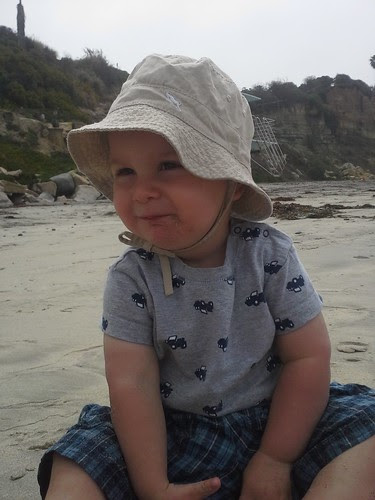