For the Birds: Crispy Pasta Cakes I've been meaning to write about this for a while, but life gets in the way sometimes.  At least now I have a more full story to share!  A couple months ago, Thatbaby and I were playing on the balcony when a hummingbird seemed to take an unusual interest in us, flying right up to us!  Thatbaby was enthralled.  When I told Thatboy about it, he figured it was because Thatbaby was wearing a brightly colored shirt.

A few days later however, we discovered the real reason for the bird's familiarity.  She had built a nest in our windchimes!  We watched her there for weeks assuming she was sitting on her eggs. And eventually she proved us right!  2 little baby humming birds! 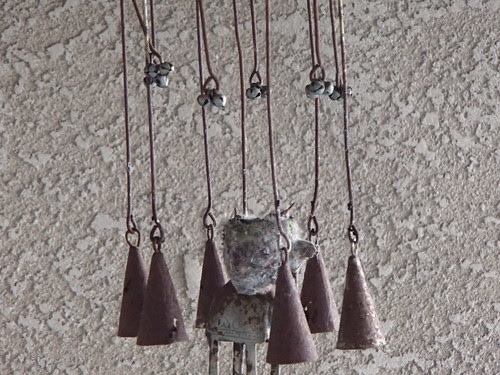 Thatbaby was enthralled with his birds, the mama (Tweet Tweet) and the babies (the little littles).  Every morning, the first thing he wanted to do upon waking was say good morning to the birds.  Every day when we got home from school he ran to go see them.  And every night before bed he would say good night to them. 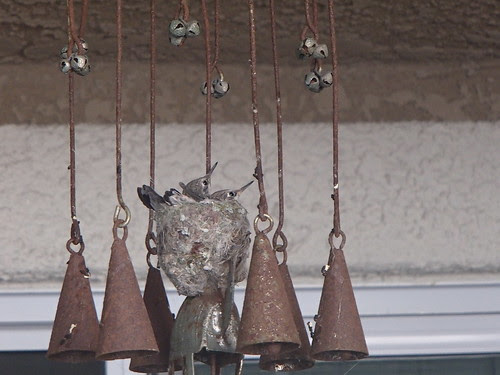 We watched them grow bigger (relatively, I mean they were still hummingbirds) until it was time to try out their wings.  And one at a time, they left the next, off to explore the world. 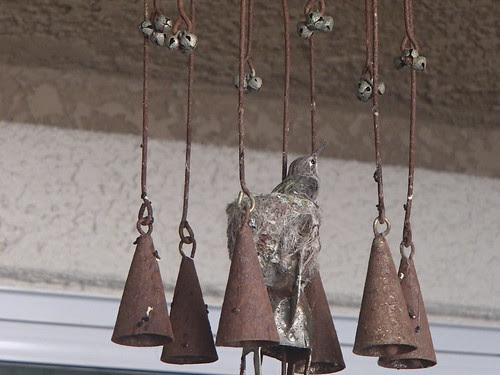 Every now and then, Thatbaby looks up at the nest and points, asking for the Tweet Tweets, and I remind him that they flew away.  I'm not sure if he totally understands the concept, but it's kind of a hard one to explain.  When I made these pasta cakes, they kind of reminded me of a bird's nest. Pieces piled together - strings and leaves.  They certainly don't taste like nests though!  These are a little too easy to eat.  A complete comfort food.  Pancakes are like that, and really, these are like noodle pancake.  With veggies, which I would like to say makes them healthy - but probably not. 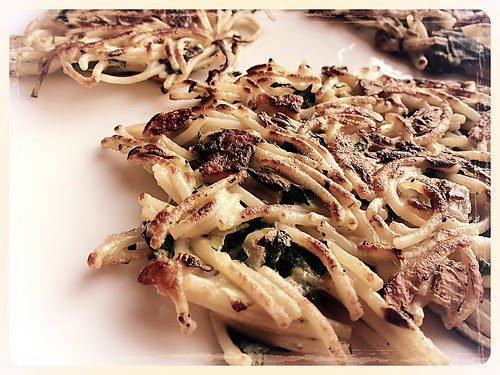