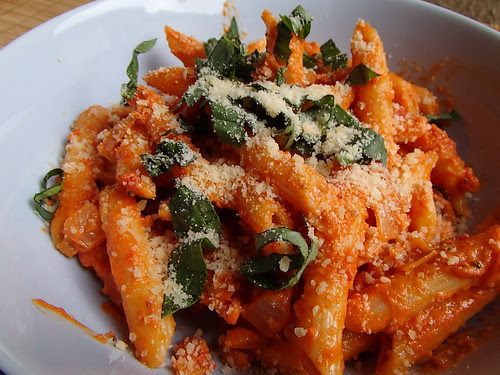 When the weather gets nice, kids want to be outside.  And it's hard to blame them.  Our little escape artist has figured out how to open doors, so if we don't keep the front door locked, he's trying to explore the great outdoors.

He's not the only one, so we got the gang together last weekend to go on a little hike.  My mommy group has expanded a bit.  In 2 directions.  The obvious direction is the newest little members, two so far and one on the way.  The other direction is outward.  Since we've been hanging out, our husbands have gotten involved and become friends.  So on Sunday we had moms, babies, and daddies! 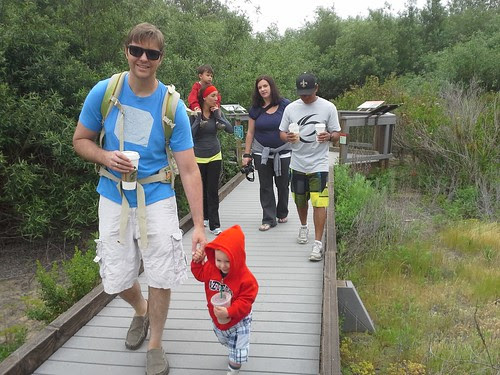 And M even showed up with her older adorable son, leaving the baby at home. 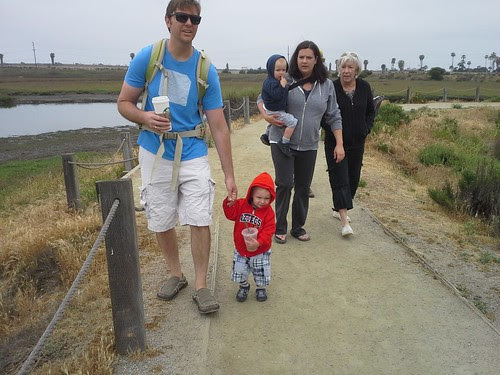 We went on a hike, stopping to watch the ducks, lizards, and egrets on the lagoon.  And then we headed to the Nature Center - or rather the observatory up top.  The kids found a table and all wanted to sit together.  I call this the Breakfast Club picture.  You have the smart kid, the princess, the jock, the rebel, and the weirdo.  My kid is the weirdo. 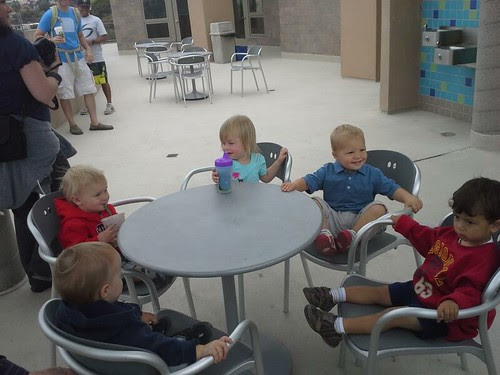 After the were done sitting, there was lots of running around.  And then we headed inside of the Nature Center.  Most of the kids were way into the snakes and frogs.  But my kid (the weirdo) just wanted to hang out on the beanbag.  And Little HorseWhisperer thought that sounded like a good idea too.  But Thatbaby didn't want to share.  Which began what HorseWhisperer called "The Battle of the Bean Bag." 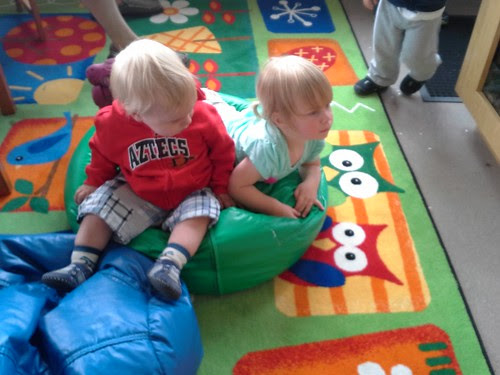 The rest of Sunday was spent getting ready for the week.  And trying a new pasta.  When I was studying for The Bar, one of BarBri instructors claimed her father invented vodka sauce.  I have no idea if this is true.  But I do know I had never made a vodka sauce before.  And it was time to remedy that.  You probably already know I love Elly's blog for pasta dishes, and since she has a vodka sauce recipe posted, I knew I could trust it.  Thatboy was a little worried about the alcohol, but I assured him it would burn off.  I hope I was right, because Thatbaby inhaled this dish.  Thatboy liked it too.  So it's possible that there was enough vodka left over to make it addicting. 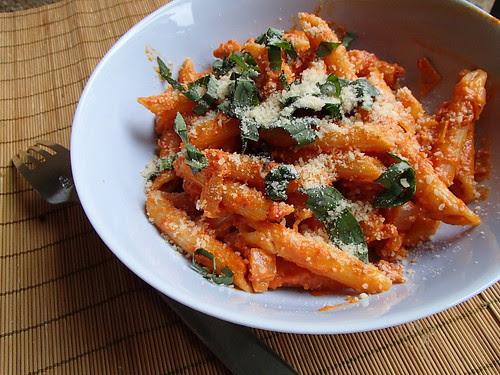