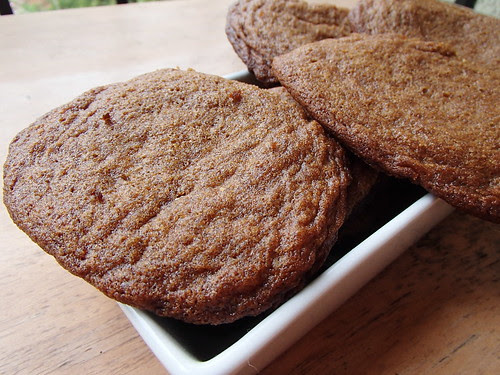 Earlier this month, I was looking through a local paper when I saw and article about $20 tickets to Legoland.  We've been putting off a lot of amusement parks, but it's hard to say what Thatbaby will get out of it, and for $80 a ticket, it's not something I want to gamble on. 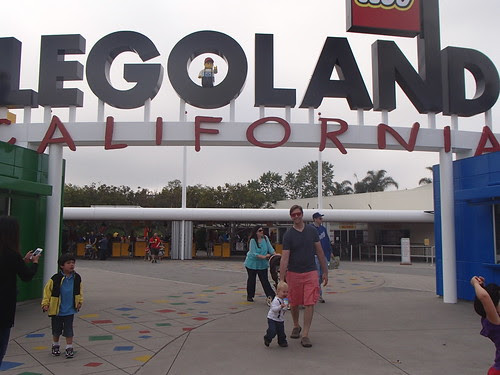 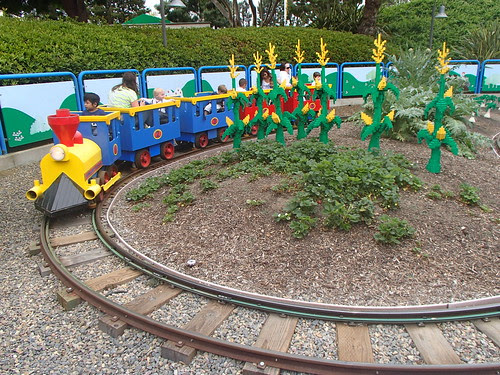 Mrs. Pirate had told us how much Little Pirate loved the train, so it was the first place we headed once we got in.  Thatbaby is totally and completely obsessed with the choo choo. 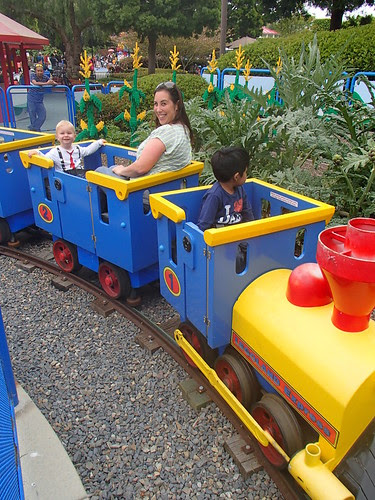 Given our strikeout with the carousel, I wasn't sure how the train would go over.  But as soon as it started moving, he was the happiest kid you've ever known. 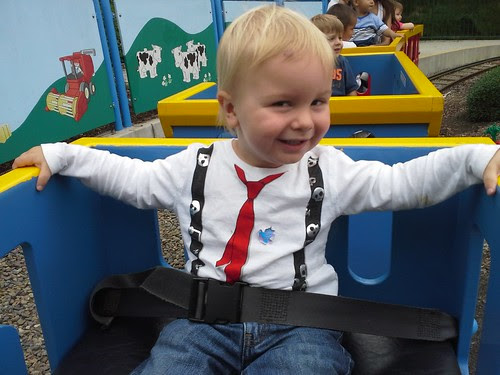 Until the ride ended of course.  At which point toddler tears broke out.  As he begged for "more more" and tried to put his seatbelt back on.

Luckily there was plenty of other fun stuff in Duplo Village to keep his attention. 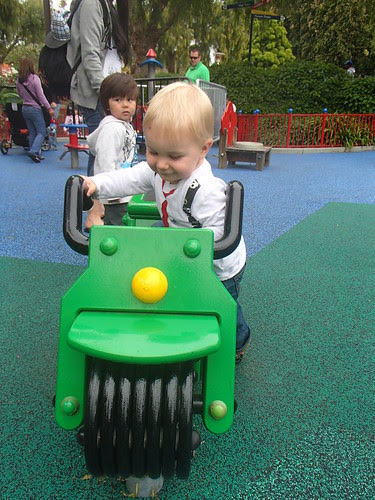 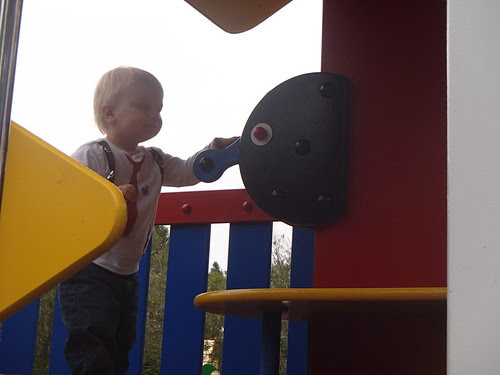 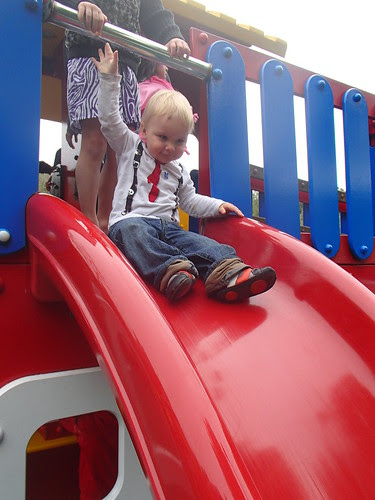 Jurisbaby who is a Legoland pro, joined us around this time.  He showed Thatbaby all about the musical fountain.  And Thatbaby showed Jurisbaby a little of his almost jumping. 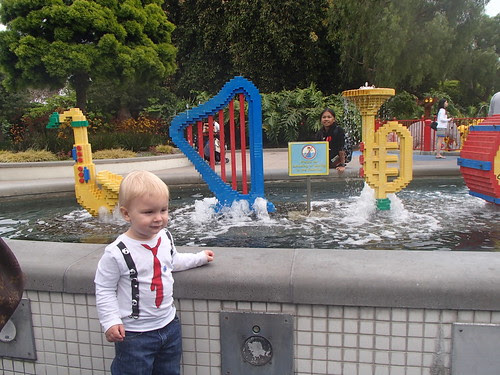 Then they both took down some of the evil lego animals.  Jurisbaby takes his water shooting pretty seriously. 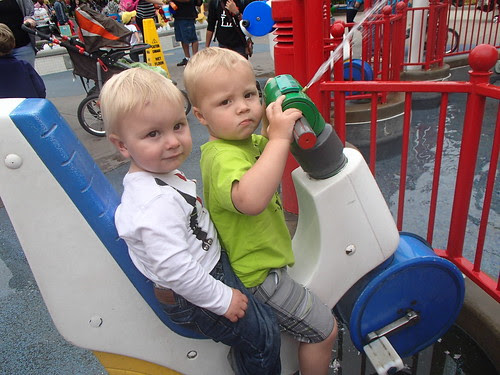 We walked around enjoying the rest of Legoland. 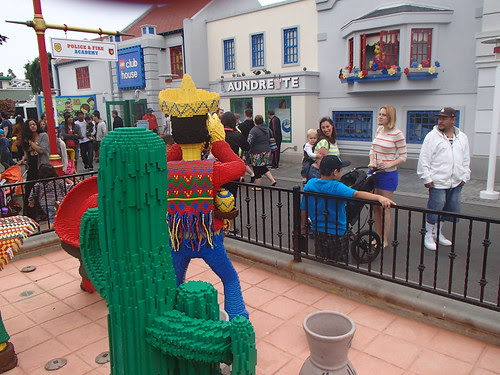 The boys especially enjoyed the Star Wars exhibit.  Even though I'd be willing to bet neither of them have seen Star Wars.  But Thatbaby enjoyed roaring at Chewbacca. 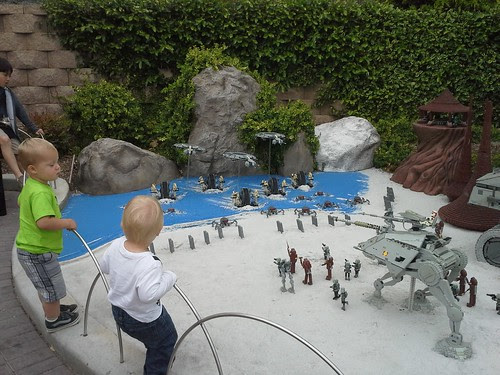 Thatboy's favorite part of the park is the lego depections of all the cities.  Thatbaby didn't seem to remember San Francisco, even though we reminded him he'd been there. 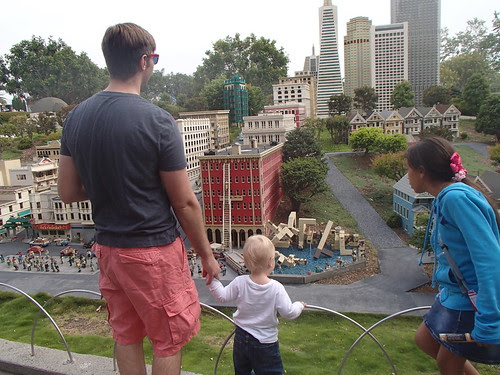 The San Diego Symphony came to his daycare last week, so we thought Thatbaby would enjoy seeing the symphony at the Lego Hollywood Bowl.  He didn't. 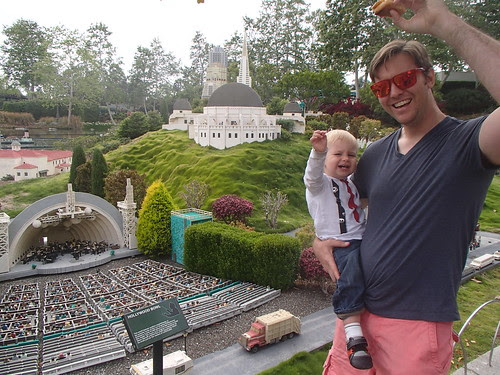 And of course, we had to swing by New York. 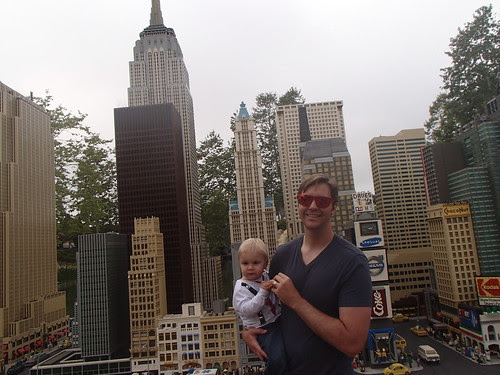 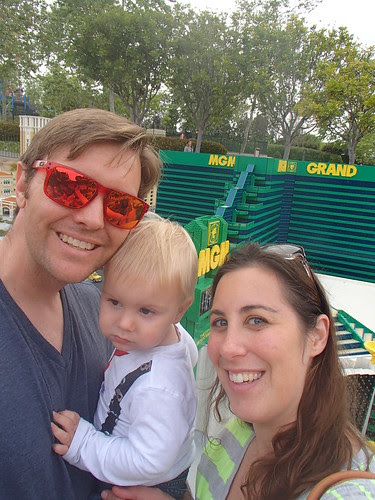 And we had time for one more ride before leaving.  Jurisslave recommended the Fairy Tale Brook, which has a short line, but lasts a nice long time.  It was the perfect suggestion.  Thatbaby LOVED riding in the "But! But!" 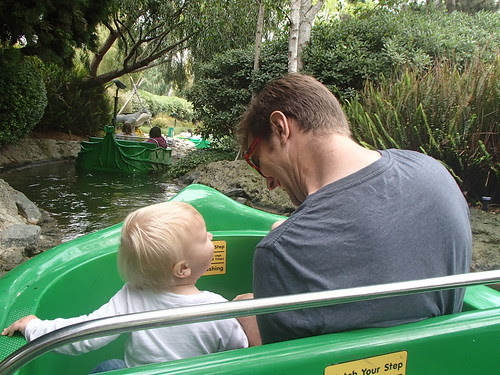 It was a completely successful trip.  And we were really glad he enjoyed it.  I think he'll enjoy it even more when he's taller and can go on more rides.

And even though it's not a typical playground, it still is a child's play land.  Which means....

COOKIES!  This time molasses cookies.  These are similar to gingerbread in terms of spiciness.  But less cakey.  They're a crisp bite.  I really love baking with molasses.  It's got a darkness to it and seems so grown up. Like something you would have with your afternoon tea. 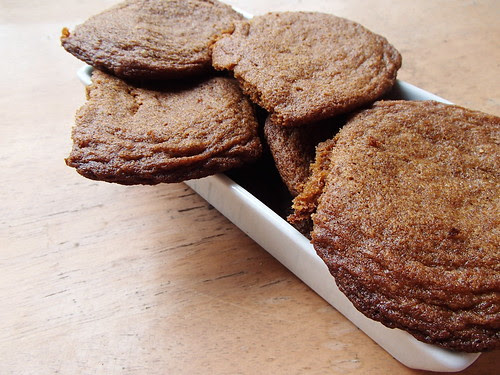