This weekend we hosted friends and family for a giant celebration.  In order to fit everyone, we decided to hold Thatbaby's first birthday at a local park. 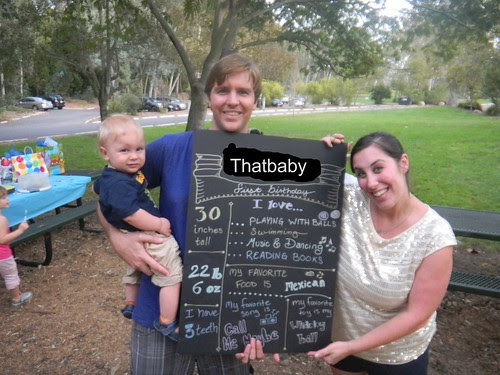 I went with a simple theme - "Snips and Snails and Puppy Dog Tails" a true boy-party.

For food, I played off both the theme and the park atmosphere with a hot-dog bar.  Or, as I called it, a "design your own puppy dog tail" bar. 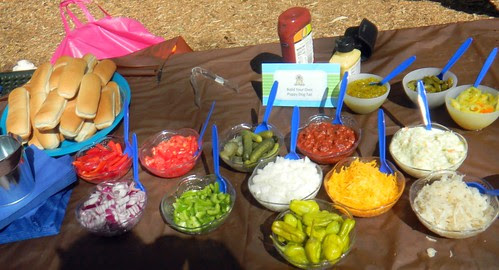 But since not everyone likes hotdogs, we also had "snail roll sandwiches." 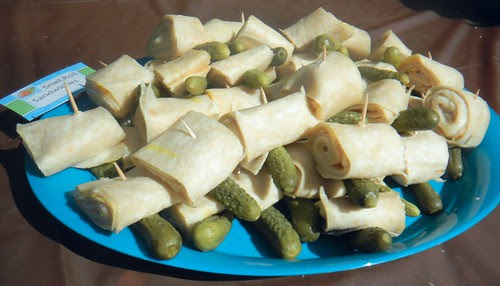 And "Snips" of Veggies, Fruit, and Pasta. 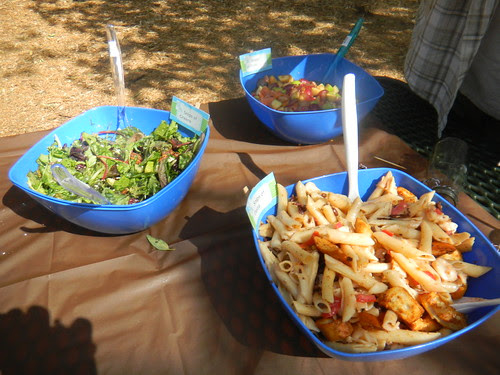 For the drink station, we provided beer, water, soda, and "Beetle-Juice" (blueberry lemonade) 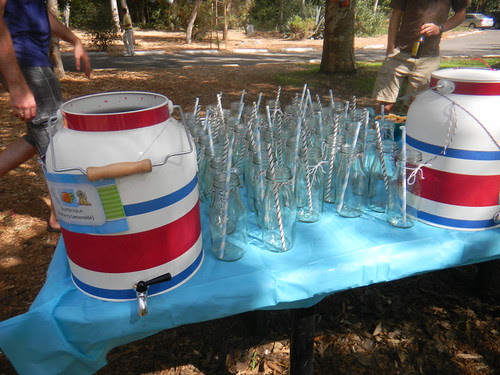 And I filled the dessert table with all sorts of goodies. 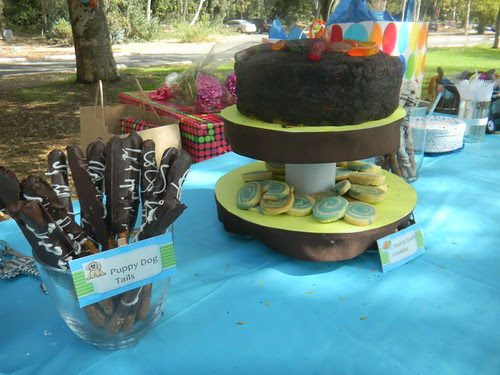 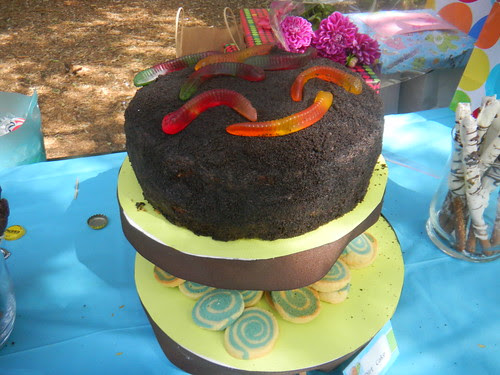 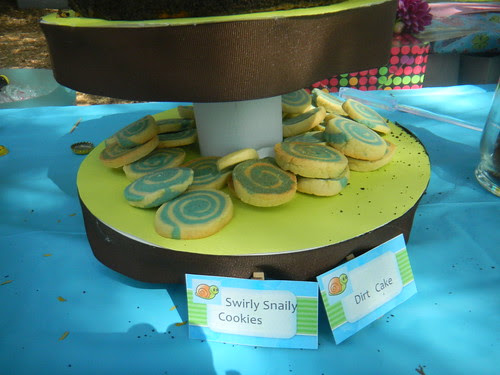 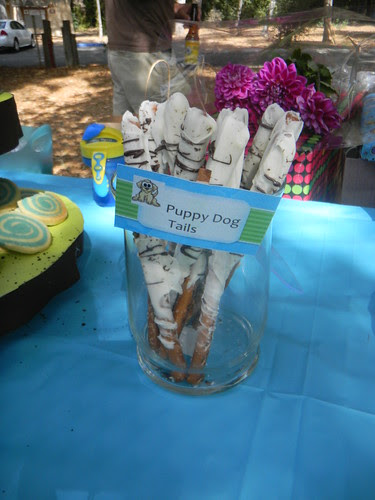 There were decorations celebrating the birthday boy. 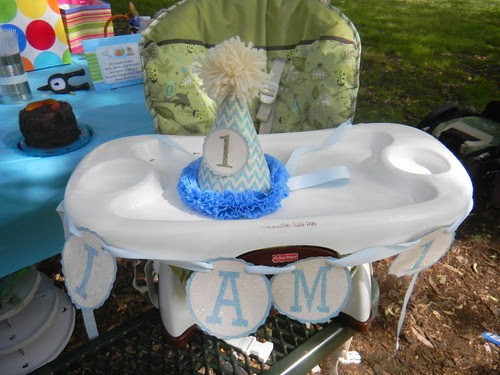 Including a banner featuring a picture of him each month from 1 to 12.

And of course, we couldn't let the littlest guests leave without some treats.  I packed goodie bags with Thatbaby's favorite things - a book, a ball, bubbles, and to fit with the theme, some puppy dog ears. 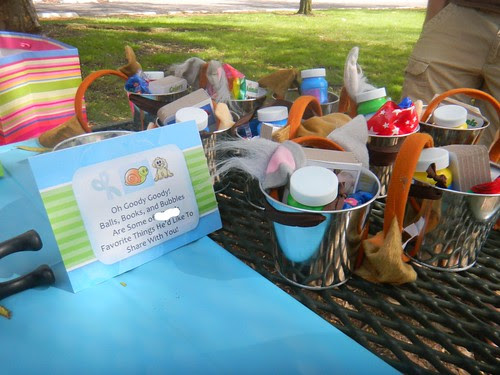 We kept guests entertained with tunnels 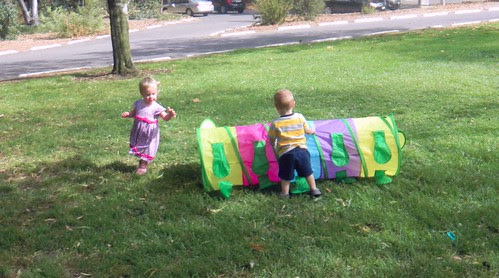 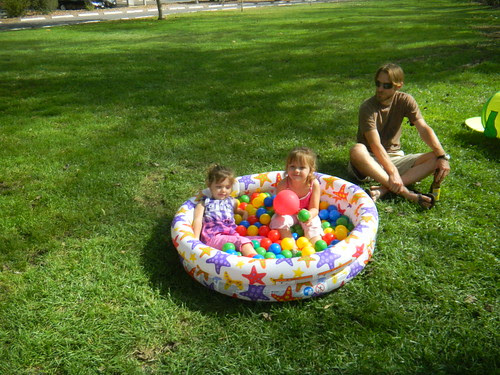 While the adults created their own ball field to play with. 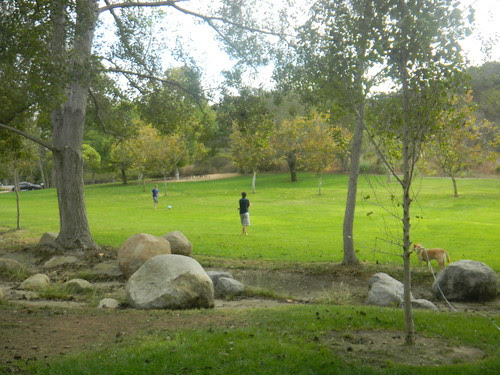 Or fooled around in DIY Photobooth. 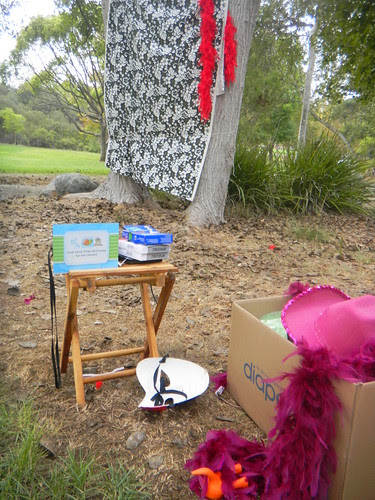 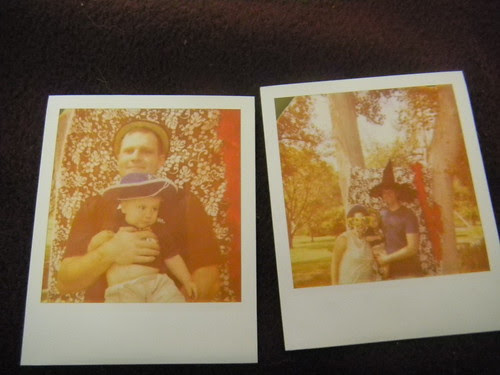 One of the highlights of the party was Thatbaby's first taste of cake!  I made him his own mini-version of the dirt cake. 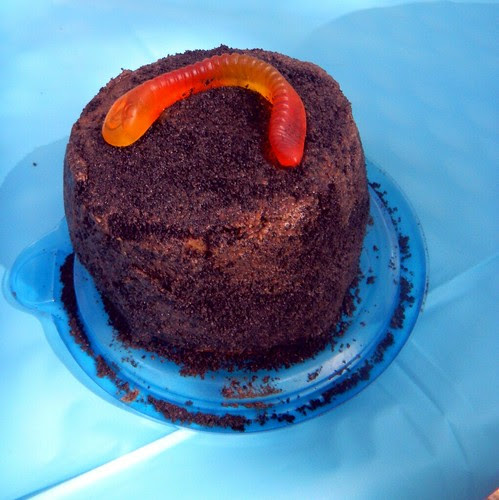 He was really interested in it when there was a burning candle poking out of it, but was a little more hesitant once we gave him the go-ahead. 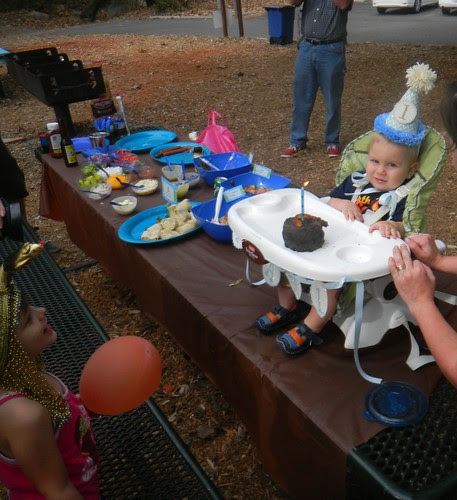 Finally we got him to take a bite. 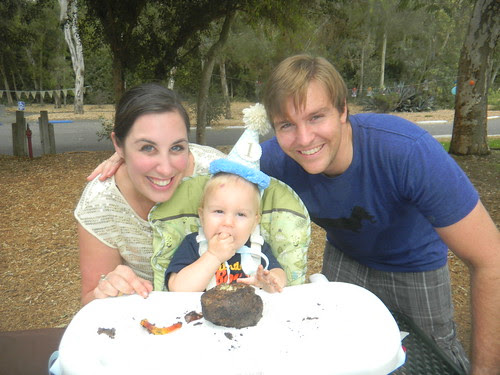 He had more fun destroying it than eating it, until he realized it was all over his hands - which he wasn't so happy about. 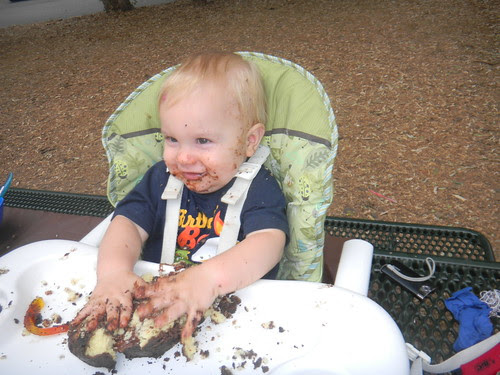 The cake, the friends, playing nonstop - all those good times wore the little guy out.  Being 1 is hard work! 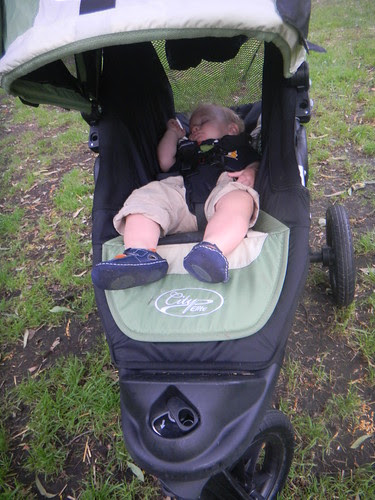