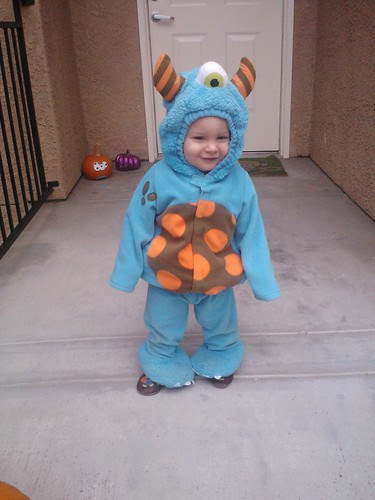 I was so excited for Thatbaby to wake up and get in his costume this morning.  Even though I was a little worried about how he would react.  Things here have been rough.  Thatbaby has a rash.  A red, angry rash.  A rash in an area that without a doubt he will cringe at the fact I'm sharing it with you here.  And he's getting in another tooth.  So he hasn't been the happiest of campers lately.

But he was more than cooperative to get ready for school.  Especially when we got dressed in front of the mirror so he could see how cute he looked.  Thatbaby LOVES playing dress up. 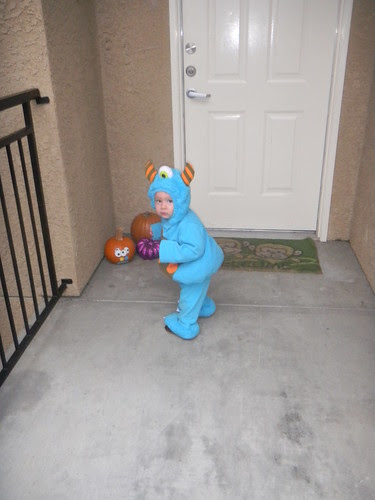 Almost as much as he loves carrying that silly foam pumpkin around. 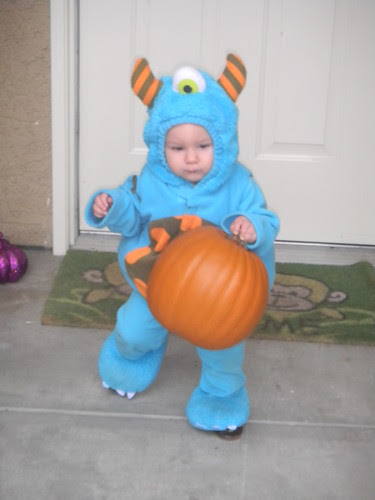 I ended up picking him up from daycare early for a trip to the doctor to have his rash checked out.  My poor miserable baby.  Which had the added benefit of getting us home early enough to get ready for Trick or Treating tonight! 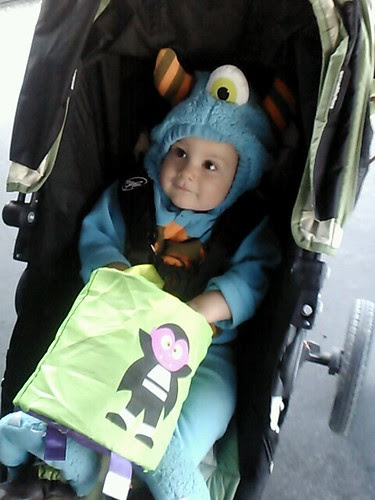 I honestly didn't see the point in bringing Thatbaby door-to-door at this age.  We all know he's not eating the candy, and it seems silly to bring him around for strangers to ooh and ahh.  Instead we decided to take him store-to-store.

I know I've mentioned how much I love our community, and how we're within 3 miles of pretty much everything we need (the store, daycare, postoffice, our doctors, etc.).  Which meant we could walk down to our shopping center where they were hosting their own trick-or-treat event. 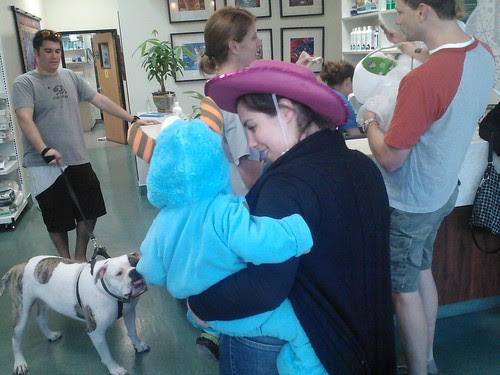 Each store was handing out candy - like the veterinarian. 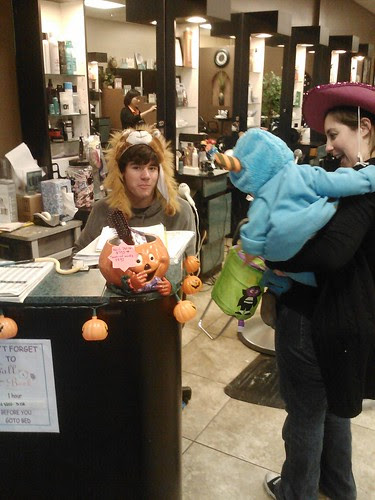 And the hair salon. 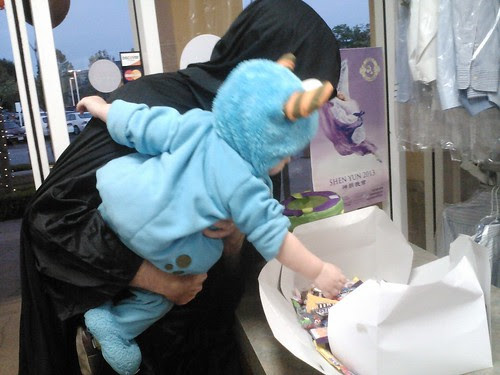 And the dry-cleaners.  I wasn't expecting much from Thatbaby, but I was pleasantly surprised that he figured out what to do right away.  Taking a piece of candy from the baskets and placing it in his trick-or-treat bag. 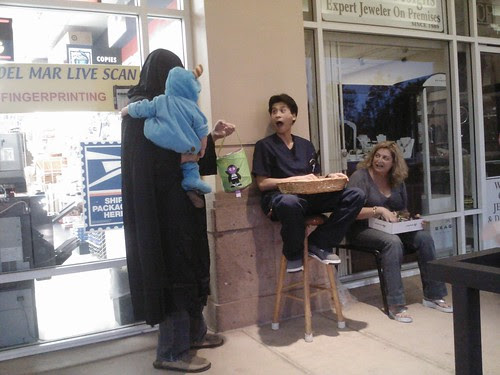 There was only one time when I had to remind him we were only taking one piece of candy.  Guess my kid has a thing for fun dip.

And because we're not totally heartless, we did let him have 1 piece of candy - or one package, since we thought the candy dots were the best choice for him.  I mean, he did do all that work.  And while we trick-or-treated, dinner simmered away in the crockpot.  All ready for us when we got home. 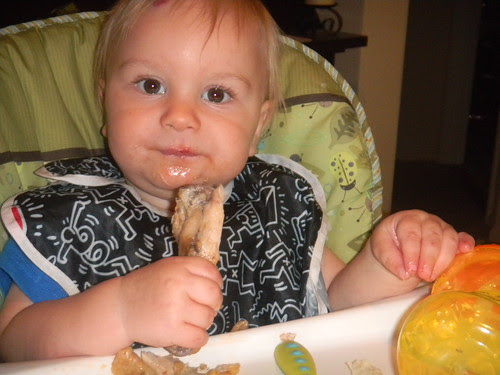 Because a baby cannot live on candy alone. 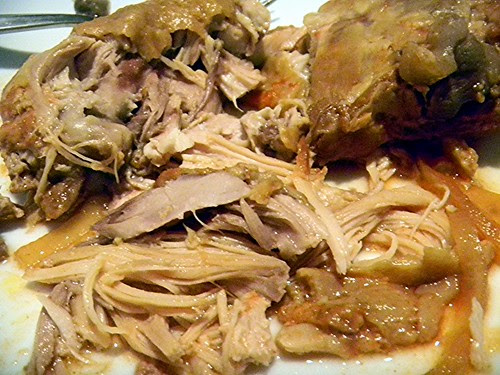 PS. - After Thatbaby went to bed, we examined his loot.  I think next year we may have a little more guidance over what he picked.  There's hardly anything good in this pile.   Unless that was his big "trick" he pulled on Thatboy and I. 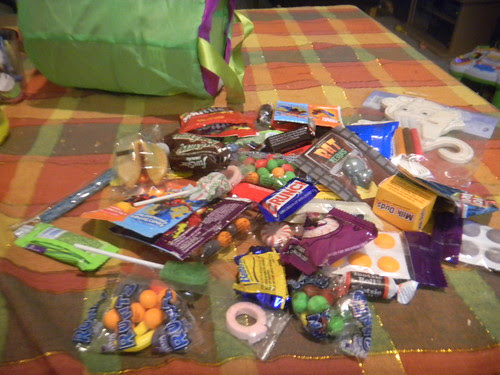