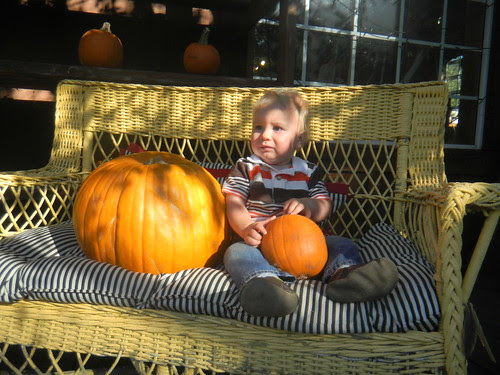 Last Friday when I dropped Thatbaby off at daycare, he didn't really want me to leave.  "We're going to have so much fun today Thatbaby!" his teacher said as she tried to coax him from my arms.  "We're going to paint pumpkins, and go on a wagon ride!"

Thatbaby must have had a great time painting his pumpkin, because he was hooked from that moment on.  When helping Thatboy decorate our entry way, he immediately was drawn to our decorative pumpkins, which actually do a fair job of bouncing.

But, lest he should come to believe all pumpkins are made from glitter, paper, and foam we decided a trip to an actual pumpkin patch was in order.

As soon as we got there, he made a bee-line for the pumpkins. 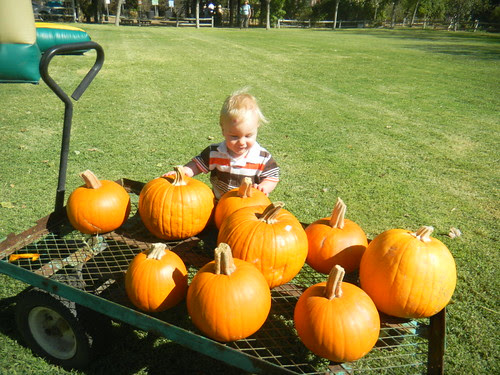 He wanted to pick each one of them up. He had more success with some than others. 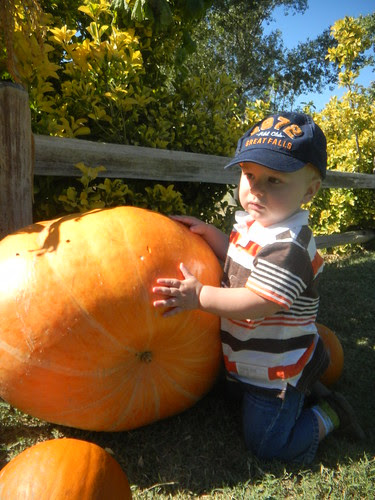 And in addition to the pumpkins, there was lots of other stuff to explore.  Like hay tunnels. 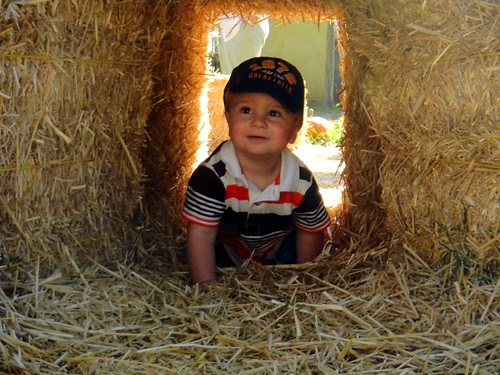 We brought Thatdog with us for some fresh air.  And to help babysit. 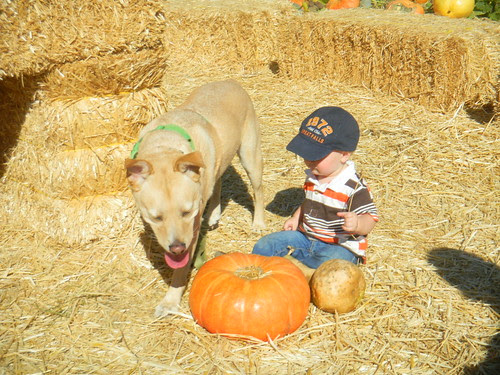 There is nothing that Thatbaby enjoys more than rolling around.  As soon as he saw the carts he started pointing to them and asking for "more" which is pretty much his way of asking for anything.  We were more than happy to accommodate, since  it's hard to carry a bunch of pumpkins and a baby. 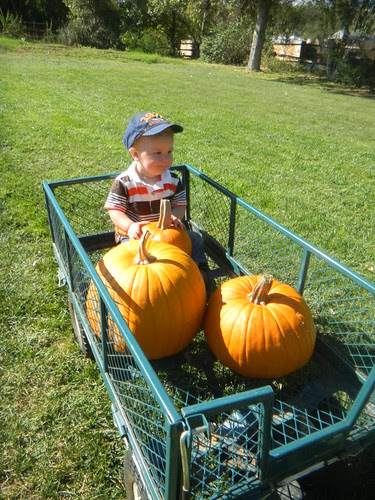 Do you see Thatbaby's lips in this picture?  How they're pursed?  That's because when you wheel him around he tries to make a "vroom vroom" sound, but it comes out more like "mmmmm mmmmm" or raspberry blowing.

He was a sport for a little while, so I could get some pictures. 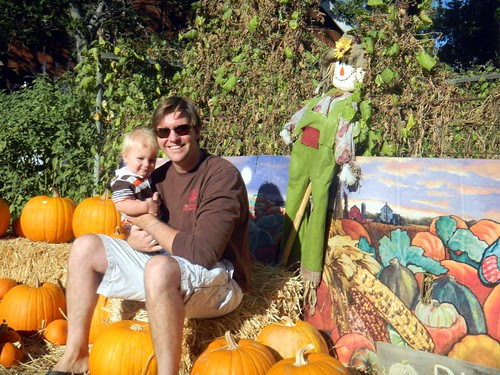 But before long, he had had enough of the spotlight. 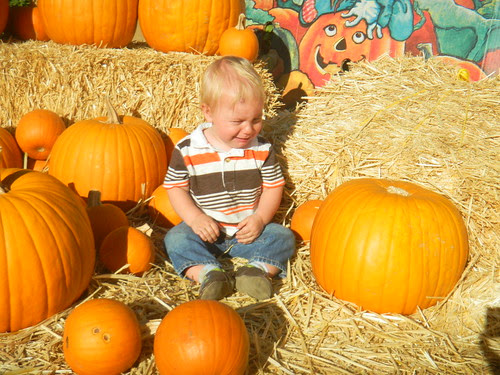 Luckily he cheered up as soon as he was back in his racecar, holding his pumpkin, and watching the alpacas. 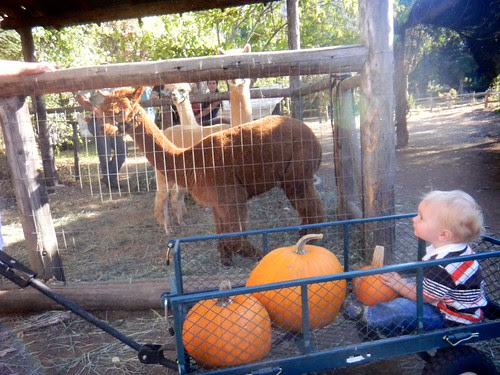 This would be the perfect place for a pumpkin recipe, wouldn't it?  Well then you will surely be disappointed.  It's October and I've already delved into my stack of chili recipes, but haven't bought a can of pumpkin yet.  Don't worry, I'm sure there will be many pumpkin recipes on their way.  Until then, I'll leave you with a cake that is more attune to the type of weather we've been having - summer weather.

Up until today, it has been unseasonably warm, which puts me in the mood for a light dessert.  And this ranks up there with something truly airy.  This Daffodil cake is a twist on an angel food cake, with most of the batter being comprised of egg whites, flour, and sugar.  But some of the batter has egg yolk stirred in, giving bright, sunny, yellow bursts of color in the otherwise white cake.  The amount of egg whites in this cake make it light and almost guilty free.  Perfect for these last days of warm weather. 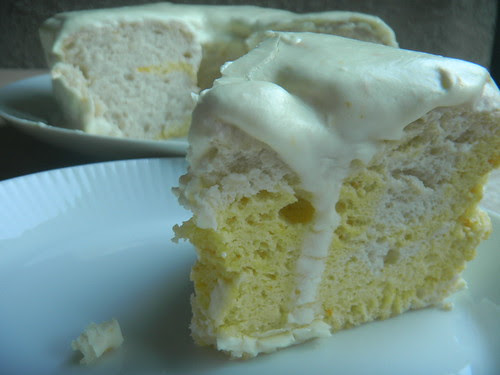