A Few of His Favorite Things 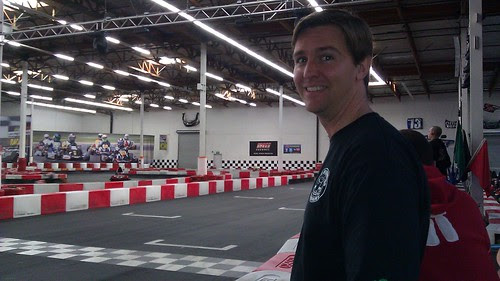 We usually celebrate Thatboy's birthday with his friends the weekend before Thanksgiving since the weekend after people are inevitably either out of town or hosting out of towners. So last week I told Thatboy not to make any plans for Saturday, because it was going to be birthday extravaganza time.

Since I had waited too long to throw him a real birthday party, I decided to devote the day to doing things he loves. Thatmom came over to babysit since most of Thatboy's favorite things are not baby friendly.

I began the day by addressing his love of cars and driving fast by taking him to K1 Speedway for some go-cart racing. 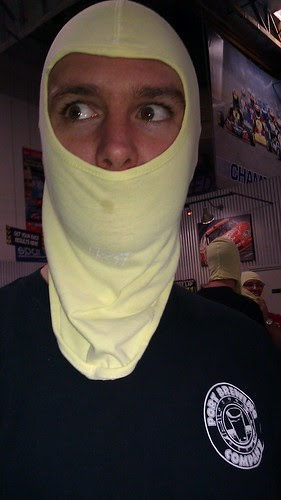 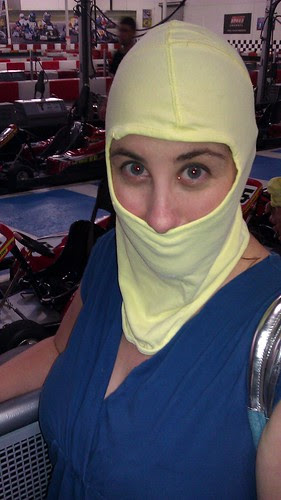 Thatboy had done this once before, but it was my first time and something outside of my comfort zone. But I hadn't chosen this place for me.

It was very different than Mario Kart, which I excel at. 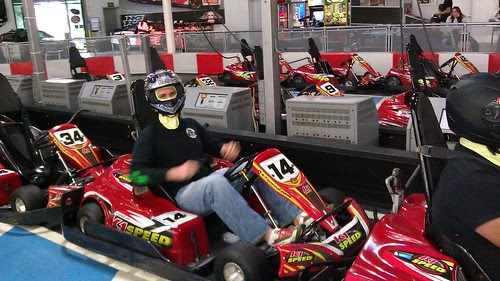 Thatboy, who does not excel at Mario Kart, came in second during our 14 lap race. He was happy, but that happiness grew even more when he discovered that the person who came in first place had the best lap time of the entire week. As for me? Well I was expecting to come in dead last, so I was just pleased as punch when I didn't.

Our second stop on the tour of Thatboy's favorite things was supposed to be at a place that serves the best burgers in San Diego. But we were running a little late, so instead we grabbed In N Out on our way to the main event of the day, Thatboy's mini-surprise party! 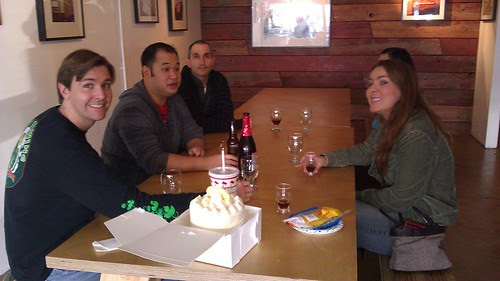 When trying to figure out what to do for Thatboy's birthday I stumbled across a new beer shop in town, Bottlecraft. Like a wine bar for beer (although how weird does a "beer bar" sound?), Bottlecraft is a beer shop with a "drink me here" philosophy. In addition they also offer flights of beer for tastings. Thatboy loves beer, especially craft beers which the shop specializes in, and so I thought it would be the perfect venue for celebration.

I emailed a couple of his friends asking them to join us, but warned them not to say anything to Thatboy. When we arrived at Bottlecraft, Thatboy was excited just to be there, but he lit up as he saw some of his friends start arriving. He does love drinking buddies.

He was like a kid in a candy store as he wandered through the store picking up beers for the table to sample. Bottlecraft has a healthy collection of our favorite local brews, as well as many craft beers completely new to us. And there were many small batch/limited edition beers they carried that of course we just had to try. We came home with a ridiculous amount in addition to the bottles we sampled while there. 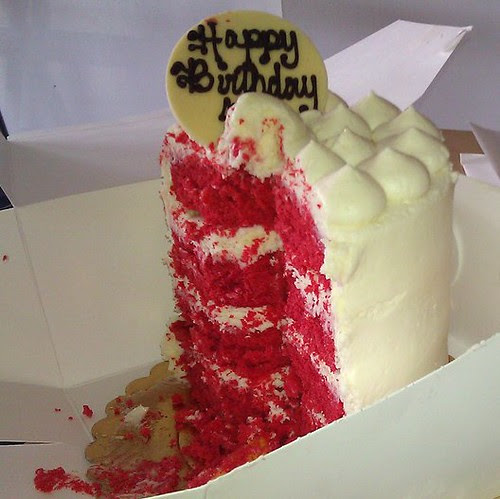 Thatboy's favorite red velvet cupcake comes from Elizabethan Desserts, so I naturally turned to them for his cake. It came out perfectly!

And thought this would be a good time to share my go-to cole slaw recipe I had promised to share weeks ago. Mostly because this is one of Thatboy's favorite meals I've made in a long time, so it's a great place to share it! 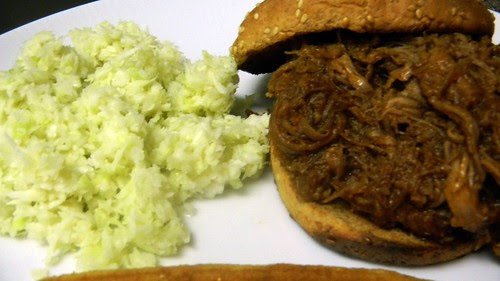 I started making pulled pork a couple years ago. It's great for dinner for two with loads of leftovers that freeze well, but it's also an easy dinner for a crown. But it's one of those things I didn't grow up with, and so, of course I didn't know where to begin.

So when I stumbled across the Cooks Illustrated as seen on Bridget's Blog I decided to give it a shot. Especially since it was a crockpot version that meant very little effort on my part. It quickly became my pulled pork staple and the one I made at home and brought to friends. I usually alter it very little, my main change being to add extra BBQ sauce at the end and mixing it in before serving because we like our pulled pork saucey round here. This time I made an additional, accidental alteration.

One of the first rules of cooking is not to measure your ingredients over the workbowl. I never follow that rule. Which is one of the reasons I enjoy cooking more than baking. Cooking is pretty forgiving when it comes to that extra bit of sugar or cumin that falls into the pot. But this time as I was mixing the spice rub, the cayenne came out much faster than I was expecting, leaving me with far more than the recipe called for. And I knew we would have some spicy pork on our hands. I tried to counteract the anticipated burn with extra brown sugar and something must have worked out with the proportions because it was the best pulled pork I've made yet. The extra cayenne gave it a delicious kick that had Thatboy asking for leftovers for days. 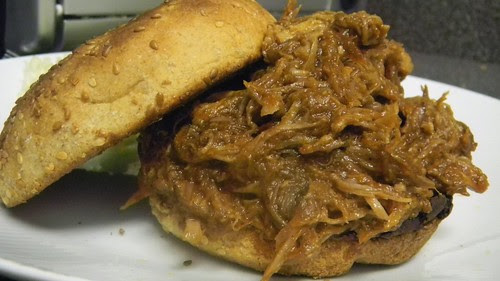 And with my pulled pork I usually serve coleslaw. In fact, I tend to put my coleslaw on my sandwich with the pulled pork. Thatboy likes his beside his sandwich - you can do whichever you prefer. I use an old school boiled dressing with my coleslaw which I prefer to mayonnaise (although it contains some of the same elements). Something about that vinegar kick just does it for me and the dressing makes for a less creamy side dish. 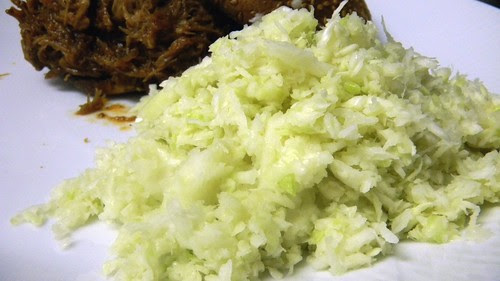