When Life Hands You Lemons... 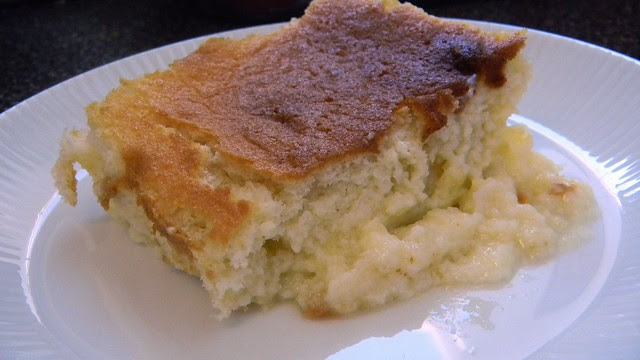 On one of my last trips to the Farmer's Market there was a vendor selling giant, gorgeous lemons - 5 for $1.00. As I picked them up for inspection, the seller told me that I had better be careful with these lemons because they were ridiculously juicy. (As in full of juice, not as in related to the clothing line with something emblazoned upon their rears). With that, I was sold, and threw a bunch into my bag.

For some reason I continue to self-perpetuate the idea that Thatboy loves lemon desserts. I don't know where I latched onto this idea, but I am constantly making some lemon-flavored sweet in his honor. And every time he reminds me that he doesn't love lemon as much as I think he does. Which was exactly what he told me when I excitedly told him I had made a lemon dessert to stick in the freezer for when the baby came.

In trying to decide how to best use my juicy lemons in creating something sweet for Thatboy I turned to Fannie Farmer. The first lemon recipe I came across was for "Lemon Pudding." And I'm not incorrect in knowing Thatboy loves homemade pudding (though he tends to stick to chocolate or butterscotch as his faves). Upon closer inspection, this didn't seem to be a typical pudding - rather it was a lemony sponge cake over a creamy layer. I wasn't positive it would freeze well, but I figured I'd give it a shot. I divided the batter into two loaf pans so we could give it a try that night just in case freezing ruined it.

That night Thatboy begrudgingly tried a piece of this sweet cake combo. I mean, it's not like dessert options are plentiful here and cake always trumps dried fruit. He said something along the lines of "I didn't think this was going to be good, but this is REALLY good." Winner winner. And there's always a special glow I get in proving his initial "jump to conclusions" conclusions wrong.

We defrosted the lemon pudding for dessert and we tried it with baited breath. And you know what? Just as delicious as the fresh version! Which was surprising given the light and delicate nature of the cake. And you know what? I get a special glow in proving my initial "jump to conclusions" conclusions wrong too! 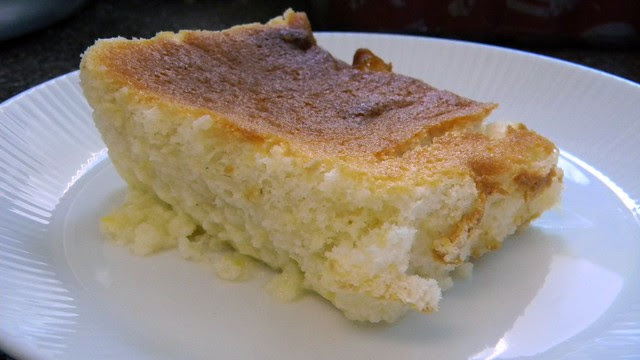