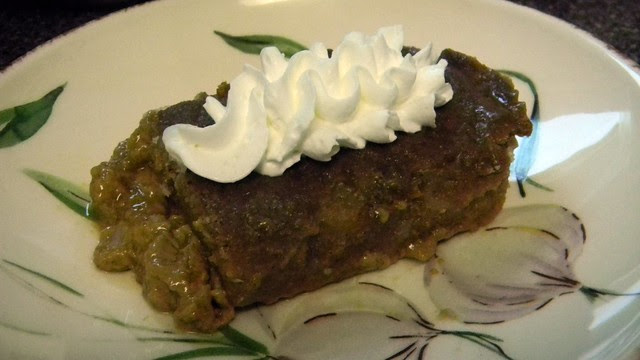 It must be the fall. I can't think of another excuse. Because we've been eating a ton of corn products lately. Corn bread, corn sticks, spoon bread, corn muffins, and grits for breakfast most mornings. And I blame the fall because corn mazes are just so autumnal. So even though corn is most certainly a summer product, I still associate it with October.
And Thanksgiving is very corn-centric too, is it not? I mean, I know the native peoples brought maize to the first Thanksgiving. Or at least they do in fables, because I'm not sure how true the actual first Thanksgiving stories are.
In fact, this dessert is attributed to the native people, or at least Fannie Farmer attributes it to the native peoples. A little further research and one is led to believe the name "Indian pudding" refers to the fact that it is made with corn meal or "Indian meal." (Guess I'm not the only one who attributes corn to the pre-colonial settlers.) No matter where the introduction comes from, this is a truly American dish, at one time considered quintessentially New England. In the early days of our fledgling nation this was quite common on the Thanksgiving table. Which would make it due for a resurgence.

Thatboy felt this dish was similar to pumpkin pie in taste, and really, anything with cinnamon and nutmeg leds itself to that comparison. But the rich molasses flavor gives it a little more depth and complexity - like pumpkin pie's dark older sister - the one who seems just a bit older, wiser, and more cynical. 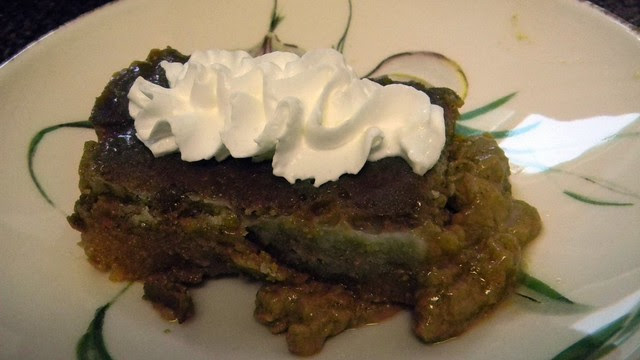