The last time I posted was Monday, September 26. So much has happened since then that I just have to catch you up. As usual, let's pick up where we left off.

- In April I texted my friend Michelle with a conversation that went something like this:
Me: I have some really bad news for you.
Michelle: Are you okay? Is your mom okay? Is Thatboy okay?
Me: Everyone's fine, I'm just not going to be able to make it to your big book signing event when your book comes out this fall. The doctors probably aren't going to let me travel that weekend.
Michelle: Are you sick?
Me: Nope
Michelle: Are you pregnant?
Me: Ding Ding Ding!

Michelle and I live parallel lives in a lot of respects and we both kind of got a kick about having our big arrivals arriving in the same week. The stresses, the excitement - our "first born" jitters were shared even though it was for vastly different things. 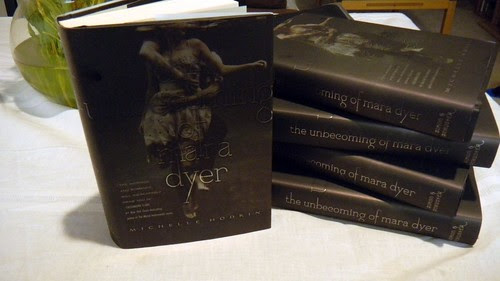 Yeah, I bought a lot of them. They're going to make fantastic gifts for almost everyone I know. Plus I get a kick out of being in the acknowledgements of a book my dad didn't write! Thatboy has already devoured his copy, although he had more time than usual to do so. More on that later.

- Normally we spend the Jewish Holidays up with my mom, attending services. This year I really didn't want to be so far from home (which in retrospect wouldn't have mattered in the slightest). Instead the whole family came down to celebrate with us Wednesday night. We had a nice holiday dinner together before they headed back home.

On Thursday we spent the day celebrating the New Year in our own way. First I made challah: 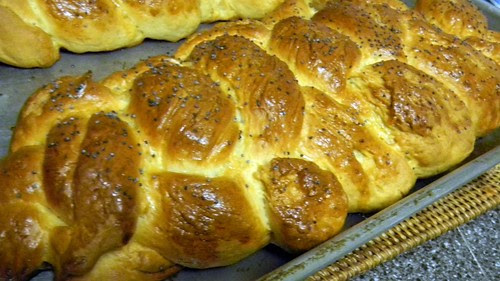 I made one for the holiday, and another to stick in the freezer for the brit milah/baby naming after the baby was born. Because I figured I wouldn't be doing much baking with a new baby. I'm all about prep.

Then Thatboy and I headed to the beach with Thatdog for our own little Tashlich service. 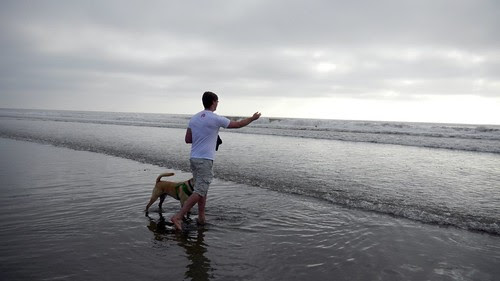 Tashlich is the casting away of sins, so you start the New Year off on a good foot. Traditionally the sins are thrown into a body of water which can carry them away.

We came home and took our weekly "bump" shot. This one marked the 39th week of my pregnancy. 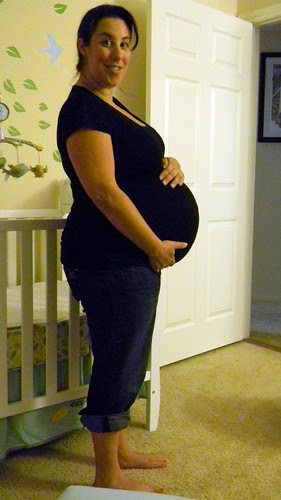 Although now it marks the last picture we took of me during our pregnancy, because on Sunday, October 2 I no longer looked like that, I looked like this: 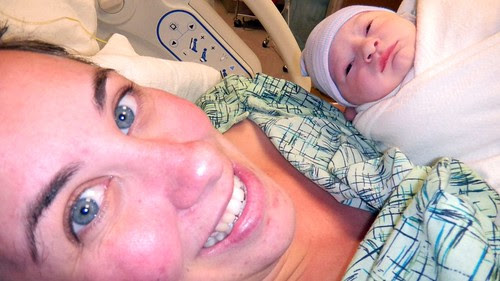 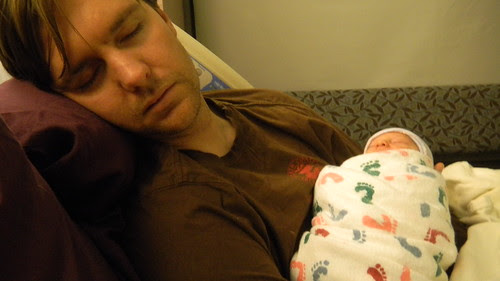 I won't bore you with the long involved birth story but the short version is that I went in for my 39 week appointment on Friday, September 30 and ended up getting sent to the hospital for an induction. An induction that lasted 2 days because this little person was not ready to come out.

When things finally started happening, they happened really really fast. And on Sunday, October 2, 2011 at 2:42AM Thatbaby made his way into the world. That's right - Thatbaby's a BOY!

We've spent the past week fending off the inlaws who have been far more trouble than help. In fact, I joke that this mommy-ing thing comes pretty easily, it's dealing with the inlaws that is driving me nuts. They finally left yesterday and things already are far more peaceful and easy here.

Thatbaby is generally a good baby - as good as babies can be. He has his good nights and his bad nights. Last night he decided that 3am was an excellent time to wake up for the day and nothing we said or did could convince him otherwise. But really, I have very little complaints about him. He's only a week old, it may take him a little bit of time to figure out how the world works. 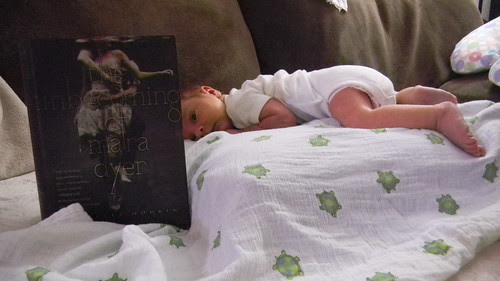