So a fun little story for you guys.

A couple days after the Grape Day 5k, I was on my daily run when I hit a crumbly piece of road and went down.  I didn't even need to look or stand up to know that I had sprained my ankle.  I've been there before. I called Thatboy and told him it was time to come home ,while I used adrenaline to limp home, where I finally took a look as I gingerly unlaced my shoes.  It was a sprain all right.  My ankle was the size of a softball, which distracted me enough to not notice my other knee was torn up and dripping blood onto the couch.

My fall running season ended before it had even truly began.

I'm not going to lie, it's been really hard on me being injured.  Running has always been a bit of a mental health release for me, not to mention it helps keep the disordered behavior at bay.  I've finally gotten to a good place where I control the running, it doesn't control me, and being thrown into a sedentary lifestyle has been very depressing.  The house became a mess, as I gave myself permission to sit with my foot up instead of daily maintenance, which both has fueled and been fueled by this depression.   Sitting around with my foot up has also left me feeling not at my most attractive- not aided by the fact that I can no longer stand to shave, and can only do so if I take a bath, and I haven't wanted to do extra standing to actually do my hair so it's been in a rough ponytail for weeks.   I'm working my way out of it slowly but surely, I got the house back in order (although Halloween week has wrecked more havoc to be addressed) and last week I even blew dry my hair!

Of course just 1 week after the sprain was the Fit Foodie 5k.  Perfect timing right?  I knew there was no way I was going to be running this race, but I couldn't miss it.  And since I was walking it anyway, what the the harm in pushing a stroller?  I brought some company with me - Thatbaby!

I wrapped my ankle, threw on my aircast, and we got down early enough to snag some close parking.  Then we took advantage of all the race has to offer. 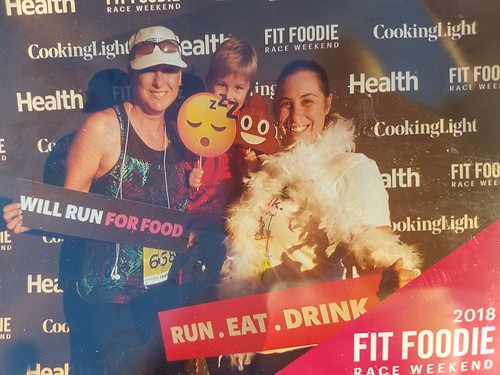 Thatbaby has met me at the finish line for this race before, and the first year I ran it, he was just a teeny little thing inside me - we hadn't even announced my pregnancy at the time I ran - but this was the first year he was going to take part that he'd remember.  I promised him lots of good snacks and swag, and the race did not disappoint. 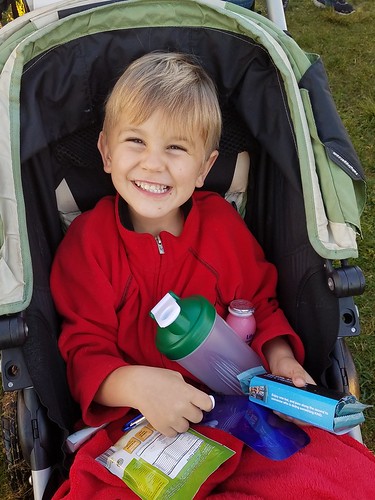 The bonus of having a stroller, is that we could load up on all the goodies before the race instead of after!  We lined up at the back of the pack and ended up being in the 8th wave to start the race.

The beginning of the race is narrow and bottle-necky, so to be honest, walking it wasn't that big a deal.  Although to continue with my honestly, I am not a good race walker.  I was itching to go faster - and I'm not an especially fast runner to begin with!  It felt like forever before we go to the first mile! 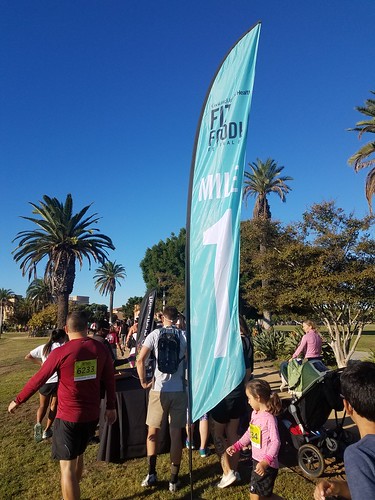 One of the great things about the Fit Foodie Race is that each mile has a little foodie treat!  Mile 1 was mini-doughnuts! 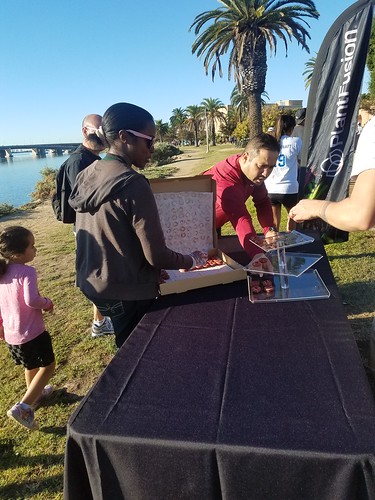 Mile 2 was the hardest and easiest to walk.  I know, that makes a lot of sense.  But the second mile is all about that bridge.  And while it was easy to walk up the bridge, it took all my restraint not to run down it! 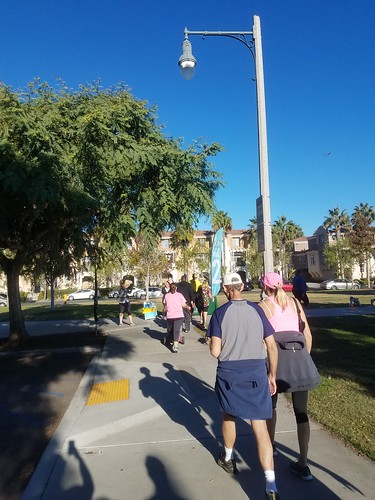 Our Mile 2 treat was gummy vitamins.

The last mile was nice and flat and wide.  It would have been so perfect to run.  I didn't.  But being so far back always has its disadvantages.  By the time we got to the Mile 3 marker, they were all out of their special treat - which was brownies.  We saw the last one getting taken! 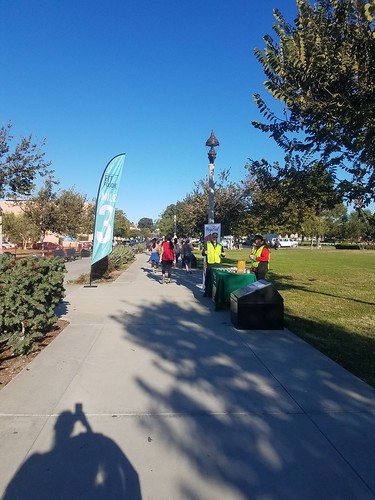 But that 3 mile marker means that the race is almost over anyway, and with so many other goodies awaiting just on the other side of the finish line it's hard to be mad about missing out on that last one!

The problem with running with a 3 year old is that after the race they're not willing to take a cute photo of you with your matching medals.  Or even a cute photo with their medal. 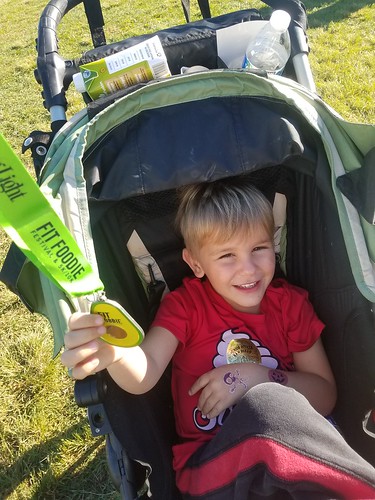 Luckily I found a friend who is ALWAYS willing to take a cute medal photo with me. 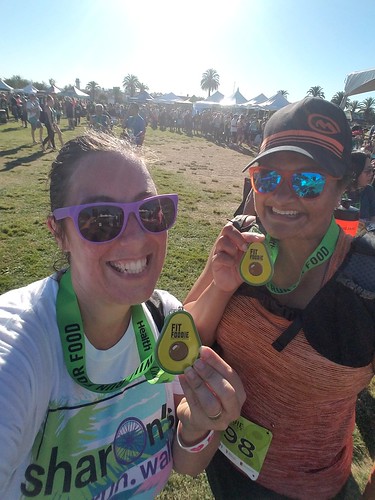 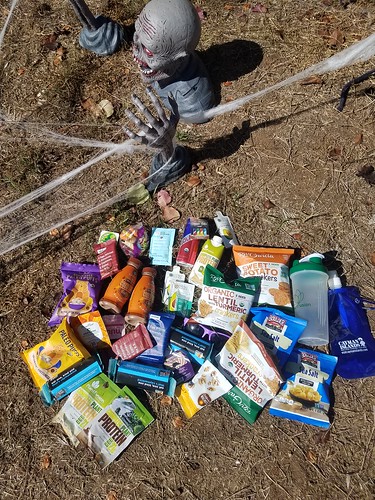 My ankle was fairly angry with me later that day.  Because, in keeping with my honesty theme, I definitely pushed it too much.  But it's a race you just don't want to miss!  Hopefully you'll join me next year in my redemption run - I'll be there!
Posted by That Girl at 1:00 AM