A Haunting We Will Sail: Cheddar Chicken Pot Pie 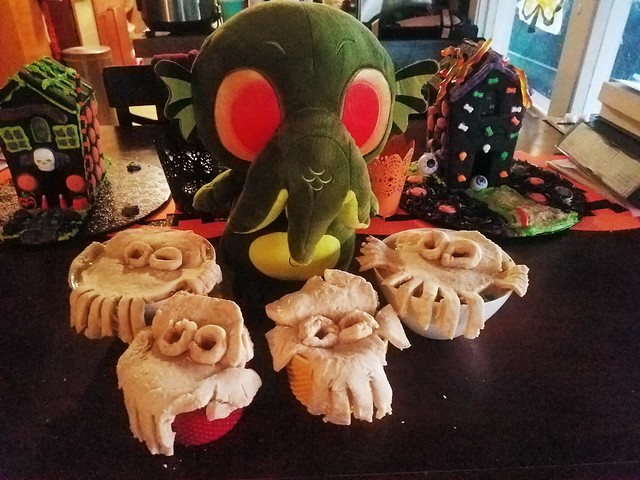 The other new activity we did this Halloween season was the Haunted Tales aboard the Maritime Museum.  I wanted to do a little write up about this because I could find NOTHING about it online, so we went in not knowing what to expect.

To begin with, I wasn't sure if the kids should wear costumes or not, so I gave them the option.  When we arrived, it seemed that it was pretty evenly split between people in costumes and people in street clothes. Thatbaby wanted to wear a costume, but not his Halloween costume.  Thatkid chose to go as he was.  Until he found some glow in the dark vampire teeth in the car.  Which he left in line. 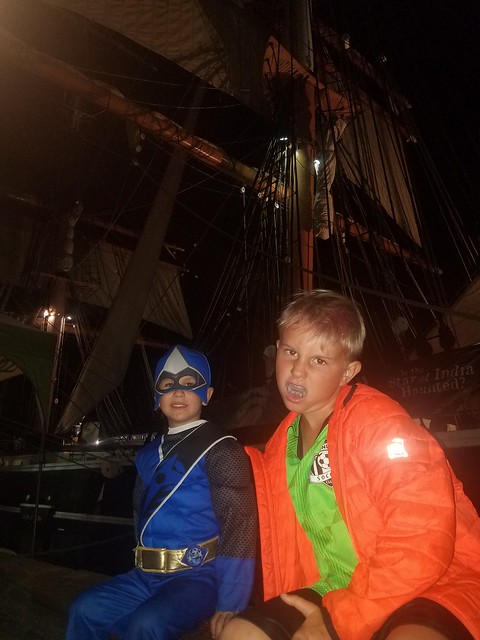 And lets talk about that line.  The event is 2 nights during the month of October from 6-9 pm.  Which I thought meant you could show up any time between those hours and just walk right in.  But that's not how it works.  The event takes in 20 people at a time, every 20 minutes.  So if you don't show up at 6pm, you're waiting in line.  Which can take a while.  It ended up taking us an hour to get through the line and on to the ship.  During that time, your party can split up and some wait in line while others tour the rest of the ships that make up the maritime museum, but they close at 8pm, so if you get there too late, there's not much to do but stand around.

So what exactly is the Haunted Tales event?  Well, it's a bunch of spooky stories involving the Star of India, the world's oldest active sailing ship.  She was originally built in 1863 and served as a trading ship and a passenger ship transporting immigrants from Europe to New Zealand.

We're introduced to the evening by a sailor, telling us the story of a sea monster he saw with his own eyes, and narrowly escaped from.  As he finished he told us that his story was real, but not true - it was The Foghorn by Ray Bradbury.  He cautioned us that the rest of the stories we were going to hear were real AND true. 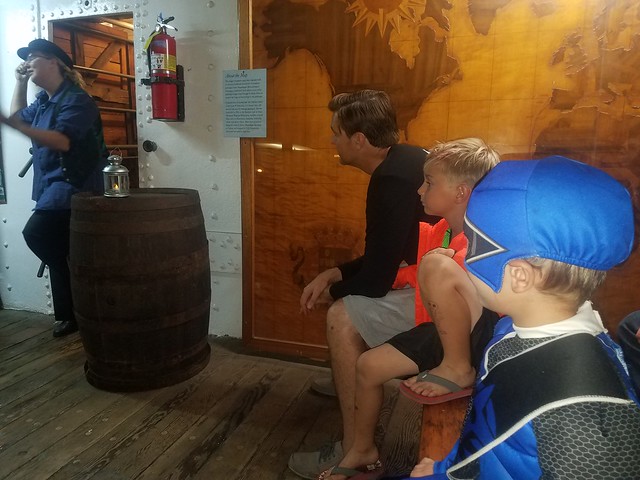 We continued through the ship, with two more stops to hear about accidents that had happened aboard, and the paranormal activities related to them.  Not having any information about it, I was worried these stories would be too scary for my kids - mostly Thatbaby who doesn't even like "bad guys" in movies.  (But who, ironically, only wants to BE the bad guy when playing pretend.)  Our group had a fair number of kids, and the story tellers seemed to cater the telling of the story to the youngest members of our group.  So Thatbaby felt it wasn't too scary an evening. 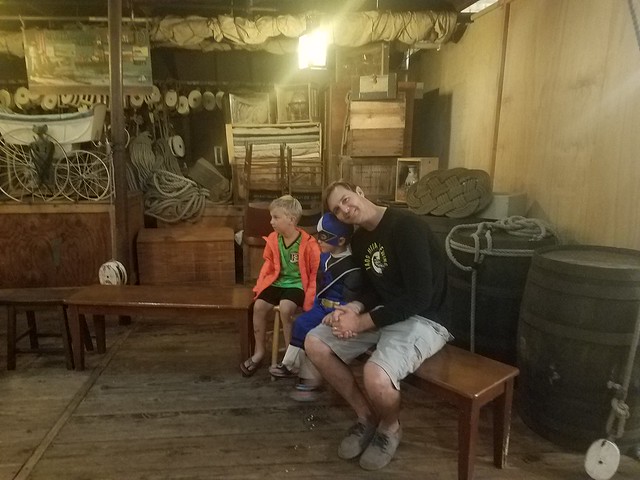 Overall it was a pretty fun evening, and I would definitely recommend the experience to anyone who wants to make their Halloween a little spookier, but still kid-friendly.

We did our own spooky kid friendly Halloween with another fun Halloween dish - spinning off the first sailor's story, I turned our regular old pot pies into Sea Monster pot pies.  Maybe Bradbury's, or maybe Lovecraft's Cthulhu, whom my children lovingly call "Spot," which is his name in the Howard Lovecraft cartoons.  Whichever you prefer, it's such an easy way to Halloween up a classic recipe by cutting shapes in the pastry.  For the upcoming holiday you could even do a turkey!  Although I would highly recommend using leftover turkey in your pot pie in place of chicken if you do that.  But even if you don't choose to create monsters or birds from your pie crust topping, pot pie is definitely a great way to use up leftovers in these colder months.  It's just so warm and comforting.  Even if it is staring back at you. 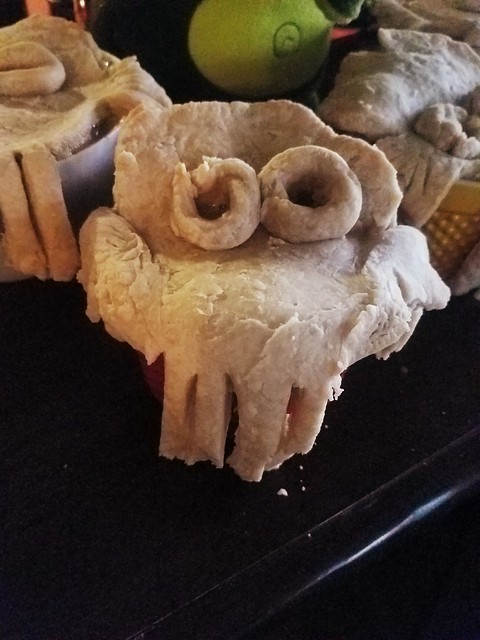