After I posted on Facebook about my little racing companion last week I got a text from L&O.  Little LO wanted to run a race at Santee Lakes, and L&O thought maybe Thatkid would like to join him.

You guys know that runner's high you get following a race right?  When you start looking for you next race before you've even cooled down from your last one?  Well Thatkid had that last week and readily agreed to run a race with his buddy.

When our alarm went off at 6am, Thatboy turned to me and said - "you realize, both boys are sleeping right now.  We could be sleeping, but instead we're getting up to drive to a race for a 3 year old?"

But by 6:30am, both boys were up anyway and shortly thereafter we were on our way.

We met up with Little LO who was ready to get his race on.

But first, there was some warming up to be done. 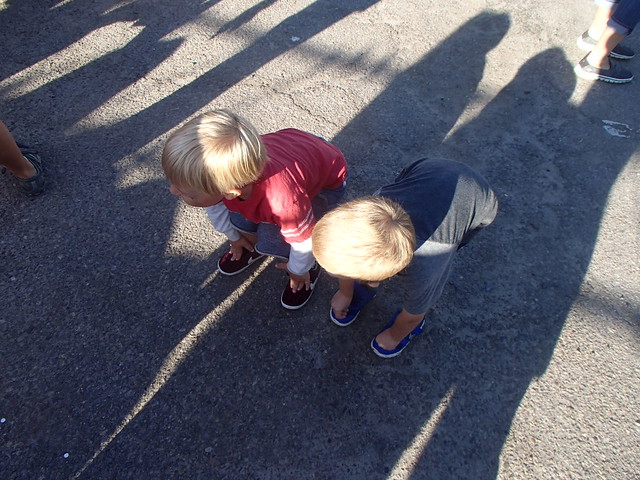 I couldn't figure out how long the kid's fun run was.  On some sites it said a mile, on others half a mile.  So I really wasn't sure what we were in for.   I also wasn't sure why Thatkid got down low for his starting position.  He surely didn't learn it from me! 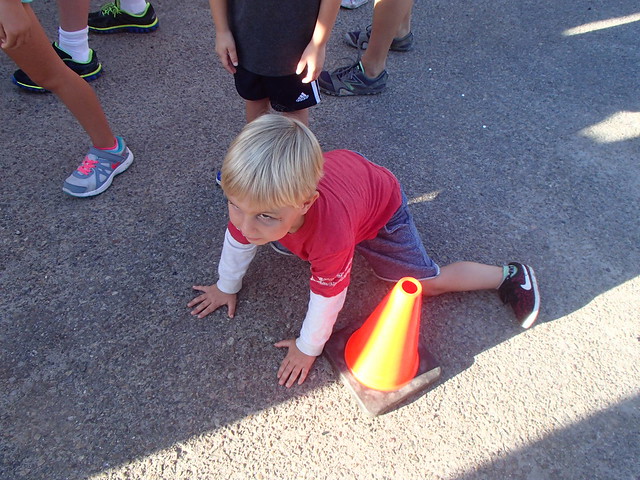 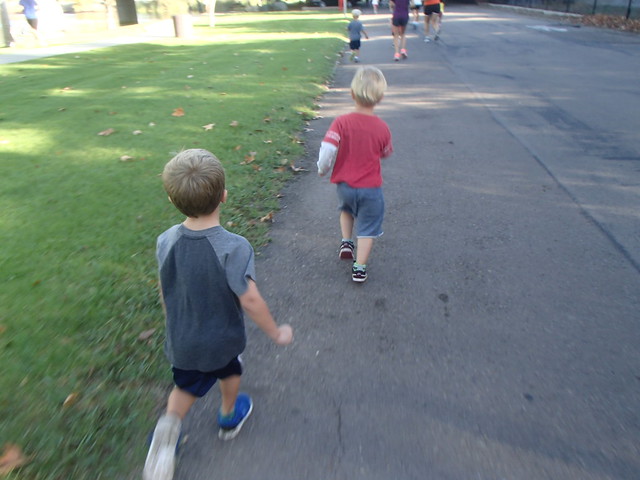 We were at the back of the pack, being followed by a group of cheerleaders who ensured no man got left behind.  They unofficially adopted Thatkid and Little LO as their mascots.  They LOVED them.  The one in the picture below beside Thatkid introduced him to all her cheerleader friends who lined the course.  "This is my buddy.  His name's Thatkid." 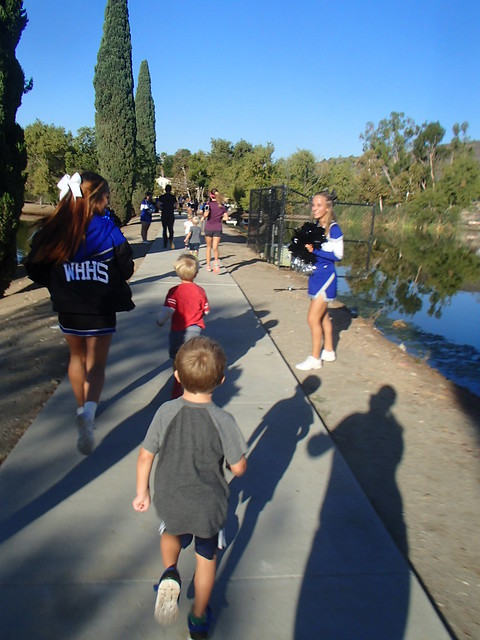 I was actually thankful Thatkid had a running partner since he took off ahead of Little LO and I.  She even crossed the finish line with him!  The race probably ended up being closer to half a mile, as we did one lap around one of the smaller Santee lakes.    It was flat and easy - perfect for the little guys.

One of the things I really loved about the race was that they had medals for the kids.  I think my views on medals has been beaten to death, and neither L&O nor I thought they'd have them for the kids.  But for kid runners, the medals mean a lot.  It's a real sign of accomplishment.  And I know Thatkid was so proud of his.